Science and religion have been butting heads since the days of Copernicus and Galileo, and it seems like that holds especially true in American politics. The conservative right tends toward more religious while the liberal left seems to embrace science.

However, said UWM Sociology professor Timothy O’Brien, there’s a third group out there – a portion of the American population that is both religious and scientifically literate. He explores the “post-seculars”, as he has dubbed them, in his new paper, “A Nation Divided: Science, Religion, and Public Opinion in the United States” published in Socius: Sociological Research for a Dynamic World. 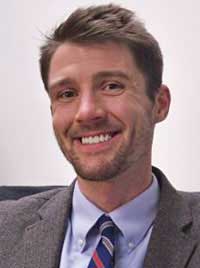 O’Brien and his coauthor looked at publicly available survey data and sorted respondents into three categories: The “moderns,” those most familiar with and favorable toward science; the “traditionals,” the most religiously devout and the least familiar with science; and the post-seculars, whose worldviews blend elements of both science and religion.

The next step was examining how each group approached social issues that weren’t directly related to science or religion.

That holds true across the board, whether it comes to stem cell research or marijuana legalization or child-rearing practices, O’Brien discovered.

The wild card is the post-secular group. Their unique perspective, embracing both science-oriented and religiously-inclined views, led them to have equally unique attitudes toward social issues. They are more conservative when it comes to gender and sexuality, but lean progressive when it comes to social justice, civil liberties and education.

“Basically what we have found is that scientific Americans aren’t necessarily liberal. … We also find that religious Americans aren’t necessarily conservative; they are progressive in some domains as well,” O’Brien explained. “The overall finding is that people’s attitudes about science and religion really map onto their socio-political attitudes in a more diverse set of ways than I think people usually acknowledge.”

That’s important because moderns and traditionals make up 70 to 80 percent of the American population, and they vote predictably. It’s the post-seculars who have disproportionate sway in American political elections. They tend to vote Republican, but with this year’s unorthodox election, it’s anybody’s guess.

“I think that both science and religion are inherently political,” O’Brien said. “I think that is something that political scientists and sociologists widely recognize that you can’t seal these institutions off from one another, so it’s hard to talk about the scientific implications or the religious implications of this absent of the political implications.”

That’s true of American politics, but it might not be the case in different political systems, especially in predominately religious societies or governments with more than two major political parties. O’Brien’s next steps will be to examine how science and religion interplay in foreign societies.