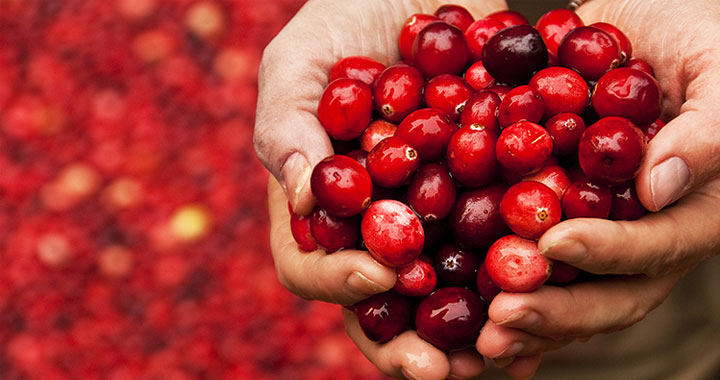 Some iconic Wisconsin products, including cranberries and Harley-Davidson motorcycles, are getting caught in a trade war.

The European Commission has imposed tariffs on $3.2 billion in American imports, including those Badger-state specialties. Canadian officials announced similar tariffs, targeting $13 billon in American business. China and Mexico already had tariffs in place that raise the price of U.S. imports in both nations.

Those levies are in response to the American government’s new tariffs on steel and aluminum – two oft-imported supplies critical to American industry. President Donald Trump announced those tariffs in March.

“A tariff is nothing but a tax that a government imposes on imported goods and services that enter a country,” he said. “‘War’ may be a bit of an exaggeration, but in the end everyone loses something because you are shrinking the global economy.”

The first effects have begun to hit. Three days after EU tariffs took effect, Harley said on June 25 that it would move some production of its motorcycles for European customers out of the United States. The company didn’t immediately say how that would affect jobs.

In his 30-plus years as an economist, Mohtadi has published extensively on international trade, public policy and emerging market economies and institutions. This summer, he’s a visiting professor at the University of Minnesota, and he’ll be presenting his research at forums sponsored by the World Bank and the European Union in July.

He talked recently about how tariffs work, why governments impose them and the unintended consequences of taxing imports to reduce reliance on foreign goods and services.

Why do you think President Donald Trump and his cabinet have decided to impose tariffs on steel and aluminum?

It’s possible this is the way in which the president bargains. Certainly, China has been abusing its position in the world marketplace. The president may be using tariffs as a way to force China to behave differently. However, this is a bit like Russian roulette; there is a risk in pursuing this kind of strategy. This may actually be a situation where we’re going to be the first to blink.

Tariffs are not new. Political leaders and the economists who advise them understand their power, as well as their unpredictability. Why use them now?
From an economic point of view, it’s very hard whether you’re a Republican or a Democrat to answer that question. Once you start speculating on the optics and politics of tariffs from a noneconomic point of view, you could say that tariffs may be popular with the president’s base, at least in the short run.

Is there long-term economic wisdom to this? There are people in Wisconsin, Pennsylvania, Michigan who might say that over the past 20-30 years of open-trade regimes, like NAFTA, that they haven’t benefited and have in fact been hurt.

It’s equally true that two other things have happened: Many, many industries have expanded, and American consumers have benefitted greatly from lower prices. On a large scale, those benefits far outweigh any employment losses. In economics, it’s a fact that not everyone benefits equally; there will be some losses. But in an open economy, the gains far exceed the losses.

What’s the most likely economic effect of these steel and aluminum tariffs?

It so happens that steel and aluminum are high on the supply chain. There are many downstream industries that use steel and aluminum. Costs related to these other industries will go up, affecting, for example, Harley-Davison and other manufacturers in Wisconsin. A rise in costs is going to be ultimately counterproductive. We could see a contraction in the economy, leading to layoffs. This is what Wall Street is worried about.

Trade war or retaliation is another risk. From what I hear, it seems that China and other countries are trying to selectively retaliate against American tariffs. They will choose sectors of the economy from states that have voted for the president. In Wisconsin, that could mean cranberries or Harley-Davidson. If this retaliation happens to take place, states like Wisconsin will be affected in all three ways – taxes will go up, downstream industries will contract and we’ll face targeted retaliation.

Isn’t it also possible that these tariffs will encourage American companies to produce more and better goods and services at home to compensate for reduced imports? Tariffs could lead to job creation, correct?

In these particular sectors of the economy, in steel and aluminum, you could see an expansion. However, the amount of employment generation compared to potential employment contraction is a drop in the bucket when you consider all other steel- and aluminum-using sectors of economy.

One study suggests that for every $37.5 billion in tariffs, the U.S. economy would lose 79,000 jobs and growth would decline by 0.1%.  The president’s tariffs are several orders of magnitude larger than $38 billion. History bears some witness too: There is a consensus among economic historians that the passage of the Smoot-Hawley Tariff Act of the 1930 exacerbated the Great Depression, even if it didn’t cause it.

Relying too much on imports carries its own risks. Is there something we can do to enjoy the benefits of an open economy while also boosting domestic employment and production?

Germany is one of most interesting economies. Exports alone make up 40 to 50 percent of its gross domestic product, according to the World Bank. Yet, Germany has managed to continue to expand its exports despite threats and competition from China. Why? They have a very, very highly skilled labor force – similar to Wisconsin – but more of the goods and services they produce are of the highest quality. We in fact produce some of highest quality manufactured goods when you look at Kohler or Harley-Davidson, but it’s a smaller share of our manufacturing base. Germany, through its strong technical education system, has managed to be immune from some forms of economic competition. It would be a wonderful model for our state and federal governments to implement. Our manufacturing workforce can benefit much more from cutting edge training than tariffs.

Students send plasmids to space on a NASA rocket