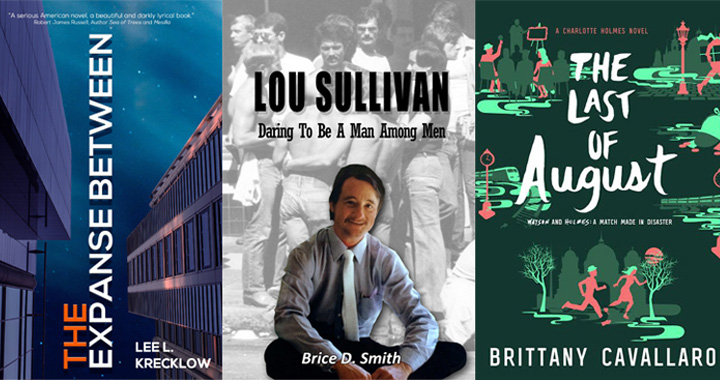 It’s the middle of summer, which means it’s time to catch up on your summer reading list and gather up your books for the beach. We’ve got a few suggestions to get you started – and they’re all new books by UWM authors.

The Expanse Between by Lee Krecklow (’00, BA Film Studies) 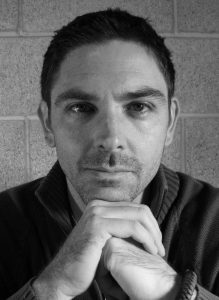 Krecklow’s debut novel tells the story of Thomas Stone, an author who enjoyed success with his first few books but has been struggling with his craft for the last decade. Inspiration strikes when he catches a glimpse of the woman in the apartment across from his, leading Stone down a twisted path to manipulate and novelize the unsuspecting neighbor’s life.

“It’s a dark book,” Krecklow warns. “There’s no hero. Most of the characters are flawed in a very human way.”

Krecklow began at UWM intending to major in Geosciences, but an appetite for movies led him to switch to Film Studies. After graduation, he directed several short films, but quickly discovered his interests lay more in crafting a narrative than bringing it to life.

The novel’s origins lay in reality television, of all places. Krecklow conceived the idea during his undergraduate career while watching shows like Survivor. How was it, he wondered, that producers and directors were given such acclaim for creative talent when the filming was supposed to just reflect reality? He began exploring the idea in his writing, drawing on films like “Rear Window” and “The Conversation” to see how other writers had handled the idea of voyeurism.

“I like to tell people that they should read The Expanse Between for all the things that it’s not,” Krecklow said. “It’s not a typical beach read. It’s suspenseful and a page-turner, but it’s a very literary book. It feels very different and I hope people are satisfied.”

The Expanse Between is available at Boswell Book Company (2559 N. Downer Ave., Milwaukee) and online at Barnes and Noble (http://bit.ly/2sYYJgt) and Amazon (http://amzn.to/2rsnBet).

Lou Sullivan: Daring to Be a Man Among Men by Brice D. Smith (’10, PhD History)

When Brice D. Smith was researching a paper for a course on gender and American history, he was dismayed that no biography existed for transgender activist Lou Sullivan. So, he decided to write it.

“Sullivan essentially founded an international FtM (female-to-male) transgender community,” Smith explained. “I found his story extremely compelling. It had a very visceral effect on me. I felt like I couldn’t learn enough.” 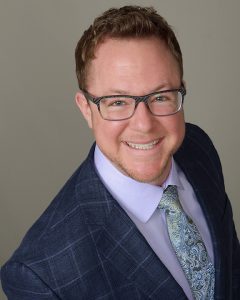 Smith enrolled in the UWM History PhD program specifically to write about and research Sullivan. The effort turned into Smith’s recent book, which details Sullivan’s life starting from his birth in Wauwatosa as a girl. However, Sullivan, at heart, identified as a gay man.

“At the time, such a thing supposedly did not exist,” Smith said. “(Medical professionals) saw themselves as helping people transition so that they didn’t have to lead gay lives. They were helping people become straight.”

Smith’s book chronicles Sullivan’s move to San Francisco, his struggle to make the medical community understand his sexuality, his eventual transition, and his work to establish resources and a community for trans men. Smith drew heavily on Sullivan’s detailed journals and correspondence. He enjoyed the full support of Sullivan’s family in writing his biography as well. Sullivan passed away in 1991 from AIDS.

Lou Sullivan: Daring to Be a Man Among Men is available on Amazon at http://amzn.to/2s1fx8d and on Transgress Press at www.transgresspress.org/lou-sullivan.html.

The Last of August by Brittany Cavallaro (PhD student, English)

Sherlock Holmes is one of the most adapted characters of all time, but he’s almost always remained male. That’s why English PhD student’s Brittany Cavallaro’s new novel, The Last of August, is groundbreaking – Charlotte Holmes is a crime-fighting, mystery-solving, teenage girl at boarding school.

The Last of August is the second installment in Cavallaro’s Holmes trilogy, in which her main characters are descendants of the original Baker Street duo. The book revisits Charlotte Holmes and Jamie Watson, introduced in A Study in Charlotte (2016), as the pair race across Europe in a bid to find Charlotte’s missing uncle and unravel an international art forgery ring. 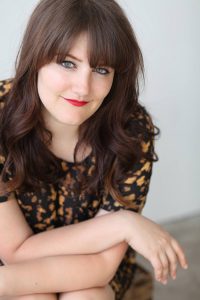 “In the second book, things get darker, more dangerous, and more out of control,” Cavallaro warned.

Danger and mayhem were far from Cavallaro’s mind when she began her PhD at UWM. She was initially focused on poetry, but after taking a few fiction classes and teaching a class about detective fiction, she found herself gravitating toward mysteries. That was how Charlotte Holmes and Jamie Watson were born.

“I knew I really wanted to do the traditional Sherlock Holmes opening with Watson being the fish out of water,” Cavallaro said. “I also knew that I wanted to be writing for teenage girls. I wanted to give them a Sherlock Holmes character who wasn’t well-behaved, who’s not afraid to fire the gun into the wall when she’s angry. I wanted to write a messy, complicated detective who was the star of the show.”

The Last of August was released in February and recently hit the New York Times bestseller list. It and the previous book, A Study in Charlotte, are available wherever books are sold, including on Amazon at http://amzn.to/2rs9mLK.