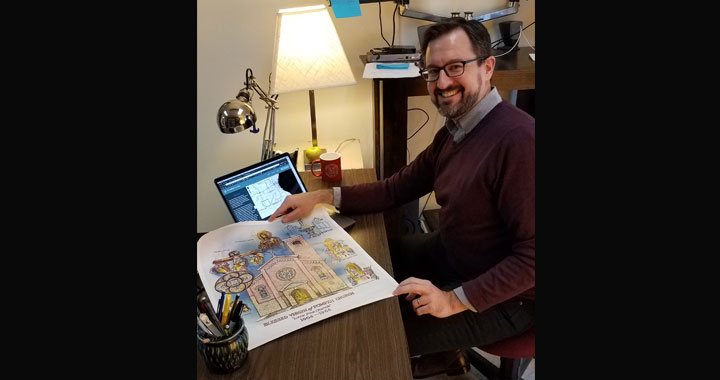 UWM assistant professor of History Christopher Cantwell shows off a poster donated to UWM by members of the former Blessed Virgin of Pompeii Catholic Church as a thank-you for recording the church’s history. Photo by Sarah Vickery.