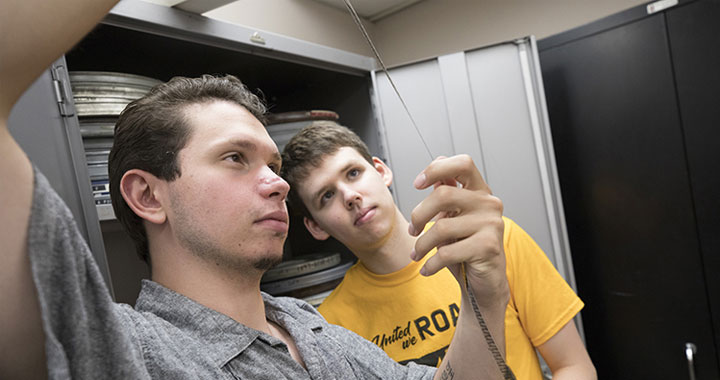 Balistreri first approached Williams two years ago with an interest in doing more film archiving with the unused and untouched collection at UWM. He was able to get SURF funding through the Office of Undergraduate Research to start digging into the film reels, first cataloging the collection and noting their condition. Williams cleared space in her office for him to work.

In June, Balistreri and Ljungbäck, with Film Studies student Haley Richards, traveled to Rochester, New York, for the Domitor 2018 conference at the George Eastman Museum.