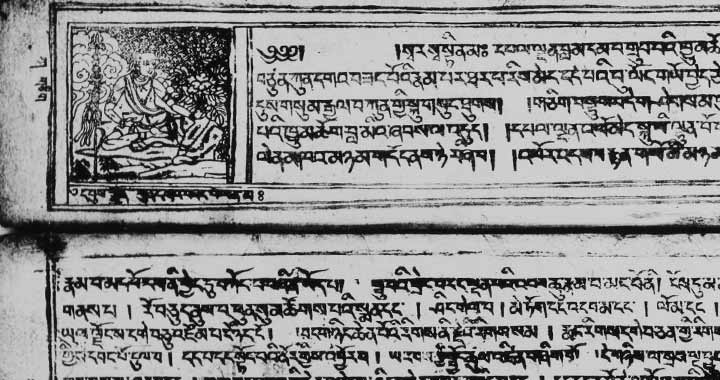 There is a story about the Holy Madman of Tsang, a 15th-century Tibetan religious figure, in which he walks through a marketplace talking alternating bites of brown sugar and feces. Today we might try to put him in a mental health facility, but back then, says Religious Studies professor David DiValerio, the Madman of Tsang was considered an enlightened being. 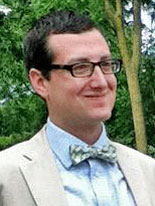 “We as ordinary people experience reality through conceptual categories: good/bad, right/wrong, food/not food,” DiValerio said. “So by eating feces, he’s signaling to the world the fact that he is enlightened, because he has transcended all of our imperfect human categories.”

Figures like the Madman of Tsang are the focus of DiValerio’s new book, The Holy Madmen of Tibet, which was released in July. The text started as DiValerio’s doctoral thesis and took on an identity of its own as he explored the concept of holy madmen, Tibetan yogis and lamas who reportedly engaged in wild behaviors which were proof of their enlightenment.

The book is the first comprehensive study of these religious figures, who began appearing in text starting around the 12th century and continuing into present day. In particular, it focuses on the most famous madmen in Tibetan history, a trio of 15th-century monks who were born within six years of each other: The Madman of Tsang, the Madman of Ü, and the most famous of the three, Drukpa Künlé.

“The stories that they tell about Drukpa Künlé are wild, the craziest things you can imagine. One time Drukpa Künlé went to a famous monastery and there were monks and a holy statue there. He refused to bow to the monks or the statue – but he would bow to the (posterior) of a woman who was seated nearby,” DiValerio said. “That’s the sort of stuff Drukpa Künlé was famous for.” 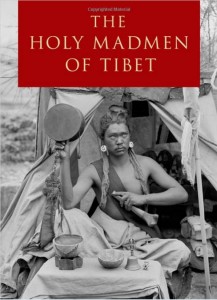 The holy madmen are remembered with fondness as cultural heroes by today’s Tibetans, but DiValerio’s work is unique in that he doesn’t treat them as actually crazy or enlightened. Instead, he tries to look at them as human beings and questions why they took on the identity of madmen.

“Even though they had these moments where they did these crazy things, they spent much of their lives doing completely ordinary pursuits. The Madman of Ü spent decades meditating. The Madman of Tsang is one of the most famous authors of Tibetan literature ever. (He penned the biography of the 11th-century Tibetan poet-saint Milarepa.) … That we have these madmen writing biographies of other saintly figures, to me, suggests that we have to consider them as self-aware about their relationship to their public,” DiValerio said. “With the figures that I’m talking about, there is no evidence that they were actually crazy.”

In fact, through his research, DiValerio discovered that most madmen started as fairly normal children. They became monks at a young age and then, in their 20s, typically renounced their monkhood and took on the madman persona. From there, it varies. Some madmen spent literal decades meditating in caves while others became very public figures.

DiValerio spent years wading through biographies of the madmen for his research, and visited Tibet on multiple occasions to perfect his grasp of the language and interview locals. He compared written accounts of each of the madmen and began separating fact from fiction. For example, one biography of the Madman of Tsang mentions a fight where his disciples and the followers of the Madman of Ü got into a drunken brawl and killed each other, but the account is absent from the Madman of Ü’s biographies. He also used the madmen’s own writings to piece together their characters. They look remarkably sane in that light.

He came to one conclusion: Holy madness is a trope. These historical figures were likely sane men who adopted the madness theme in their rhetoric and action, and the passage of time and the ways in which narratives were handed down made them grow in stature.

DiValerio thinks that looking at the lives of the madmen can teach us something about modern religion and how we come to view individuals as holy. As religion plays an important role in politics, the economy, and society, understanding the nuances of religious individuals we hold in esteem is essential.

“It’s a very in-depth look at how religion works in society, how religion is connected to power, culture, finances, and all of those things. Even though I’m talking specifically about the holy madmen of 15th-century Tibet, the conclusions and the ways of thinking that I’m promoting to my work apply to our thinking about religion, always and at all times,” DiValerio said. “That is the point of this work. It’s not about the holy madmen; it’s about what is religion. That’s always the question that we’re coming back to.”

Meteorologist goes from the Lake to the Gulf