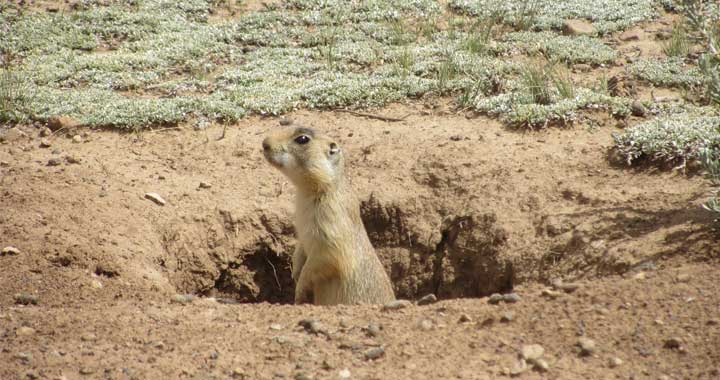 Most people think of medieval Europe when they hear the term “bubonic plague,” but these days, you should be picturing prairie dogs.

Rachael Giglio is working toward her PhD in Biological Sciences at UWM. As part of her thesis, she is using the genomes of prairie dog species in the western United States to better understand how Yersinia pestis, the bacteria that causes plague in humans and other mammals, traverses the landscape, carried by these rodents.

“We don’t know a lot about it, surprisingly. It’s something that people get really excited about or are kind of scared of, and you’d think we would understand more about it, but we don’t,” Giglio said. “We know that plague is transferred mainly by fleas, and that these fleas are usually host-specific. Prairie dogs have their own suite of fleas. But, somehow, plague is being transferred between colonies of prairie dogs. Small rodents likely play a role, but we don’t know how.” 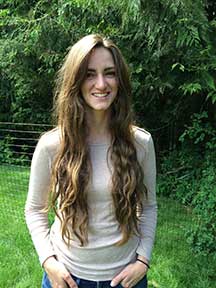 Giglio began studying the problem with her mentor, Biological Sciences professor Emily Latch, and colleagues working with the United States Geological Survey who have been studying plague ecology for years. Giglio will sift through the enormous amounts of data gathered from affected prairie dog populations and combine it with cutting-edge genomic data to provide insight into plague transmission dynamics.

Giglio, who also completed her Master’s degree at UWM under Latch, was eager to work on a project that applied her skills profiling DNA sequences in wildlife populations. Giglio’s job is to look at the DNA samples taken from prairie dog populations over the course of five years. By looking for similarities within individual samples, she’ll be able to tell which prairie dogs moved to different colonies, mated, and reproduced, thereby spreading their DNA. Of course, when prairie dogs move between colonies, they carry their fleas and bacteria with them.

Right now, scientists have no idea how common it is for prairie dogs to move around. That’s one of the questions Giglio is hoping her work will answer.

She’s in the process of sequencing the prairie dog DNA samples gathered by field researchers in Montana, Arizona, and Utah. When she’s finished, she can begin analyzing the data to gain a better understanding of how prairie dogs – and their diseases – move around the landscape. That could help scientists find better ways to manage the populations.

“We have a plague vaccine for prairie dogs. If we look at gene flow and how individuals are moving in the landscape, we can improve management of prairie dogs and vaccinate them better to maybe overcome plague epidemics,” Giglio said.

It’s important because two endangered species are threatened by the disease’s spread.

“The Utah prairie dog is endangered. They have really small populations and they’re being wiped out (by plague),” Giglio said. “The second is the black-footed ferret. It’s one of the most endangered species in North America. Their primary food source is prairie dog, so their food source is dying off – and they’re also susceptible to plague.”

Though it is minimal, there is a slight risk to people as well. Humans can contract Y. pestis if they come in contact with the blood of an infected animal, or if their pets pick up fleas from an infected rodent.

“It is pretty important from a health perspective to understand what the reservoir of the disease is – what species are maintaining the disease. If we really want to minimize the risk of plague, we have to understand it better, and one way of doing that is understanding where it’s maintained most,” Giglio said. “We can develop precautions, vaccines, and try eliminating it from the ecosystem we’re looking at.”