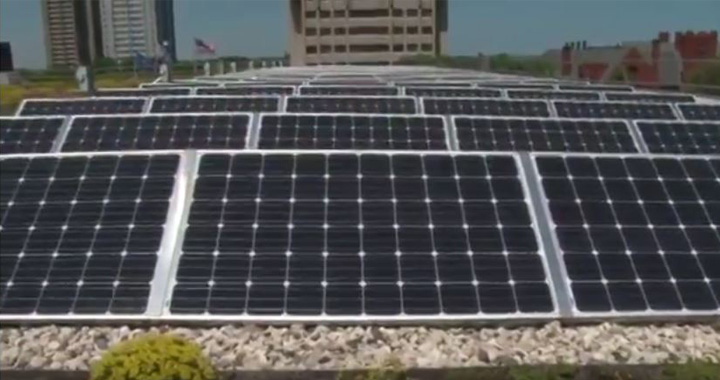 The future of solar energy in Wisconsin is bright, according to Peter Murphy, and yes, he added, the pun is absolutely intended.

“It lowers emissions. It reduces dependence on fossil fuel. It increases the resiliency of a community because they’re more energy independent,” he said of solar energy. “For the most part, people who are going solar are finding that they are saving money on a monthly basis.”

Solar energy is quietly and cleanly sweeping the nation. It uses solar panels that convert sunlight into electricity without the carbon dioxide release associated with burning coal or fossil fuels that contributes to climate change. Murphy, who graduated from UWM in 2014 with a Master’s in Nonprofit Management and Leadership, is the Solar Program Manager for the Midwest Renewable Energy Association (MREA). The MREA is a professional training organization that educates workers about how to install solar and wind energy systems, as well as coordinating an annual energy fair and coordinating solar group-buys.

The group-buys are the crux of Murphy’s job. It’s the process by which home and business owners all switch to using solar energy with the same solar installation company. By pooling their resources, communities can switch to cleaner energy at an efficient cost. It’s similar to a co-op or buyer’s club. 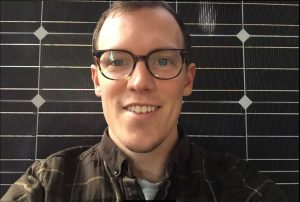 Murphy’s always been interested in cooperatives as a business model, especially one that can be used to leverage social change. After he completed his undergraduate degree at DePaul University in Chicago, he helped start the Riverwest Public House in Milwaukee, a consumer-owned, cooperative tavern. As the Riverwest Public House’s event coordinator, he met City of Milwaukee Sustainability and Solar Program Manager Amy Heart. Through Heart, Murphy connected with the MREA, and the group worked to launch a solar group-buy in the Riverwest neighborhood.

“It went really well, so we replicated and did it again in Bayview. The following year we did it in Layton Boulevard West and Washington Heights,” Murphy said. “We’re kind of going neighborhood by neighborhood doing these solar programs.”

His interest in co-ops and his work with MREA drove him back to school – this time at UWM. The Nonprofit Management program was perfect because there was so much overlap with his interests. Like co-ops, nonprofits have to work with boards of directors, establish a social mission, and procure funding.

Murphy began working at MREA full-time after he graduated. He currently works with municipalities all over Wisconsin, Illinois, and Iowa to introduce them to solar energy and help them set up group-buy programs for their residents. The benefits go beyond being environmentally friendly.

“We’ll work with them to help them become solar-friendly through permitting, planning, and zoning, and we’ll run a group-buy program where we have 15-20 information sessions geared toward homeowners and business owners,” Murphy said. “When we do that, we see a spike in the adoption of solar. We can see that this effort actually has an impact and we can measure that. We can measure how much carbon dioxide will be offset as a result of all of these solar arrays being installed. When these solar firms get a lot of business in a small amount of time, they have to increase their capacity and they create new jobs as a result.”

Solar isn’t for everyone, Murphy is quick to caution. Home and business owners should do the research to make sure installing panels will be cost effective. However, he added, shifting to solar energy typically pays off in eight years in terms of energy cost savings.

And for those who protest that Wisconsin’s long winters make solar energy a pipe dream in this state, Murphy’s optimistic.

“Germany has a goal of 50 percent renewable (energy) by 2030. Already, for days at a time, they’re producing all of their energy from solar … and their solar opportunities (amount of days with sunshine) are worse than anywhere in the continental US,” Murphy said. “There’s plenty of sunlight in Wisconsin. We could be a leader, based on the amount of sun we have. The real obstacles are not technical; they’re social and political and financial.”