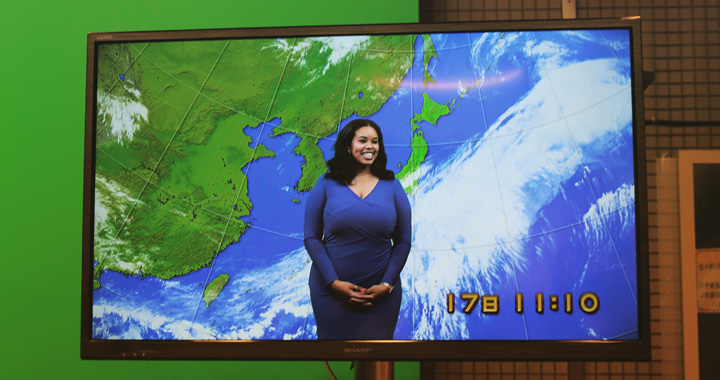 On her first day in Japan, Miela Fetaw was sent on a scavenger hunt which got her lost in Osaka, made her new friends, and gave her the opportunity to hold an owl. It was one of her favorite parts of the trip.

Fetaw, a Journalism, Advertising, and Media Studies major, was one of just nine student journalists from across the U.S. who won the 2017 Roy W. Howard National Collegiate Reporting Competition. Her prize was a 10-day trip to Japan in May to absorb the nation’s culture and to learn first-hand about foreign correspondence and journalism. The award honors Roy Howard, a journalist in the first half of the 20th century who regularly traveled to Asia and wrote about the continent and its leaders.

“I feel like using the term ‘life-changing’ is cliché,” Fetaw said after she returned, “but I think it was a great stepping stone. We spent the 10 days trying to immerse ourselves in Japanese culture. … The experience was a culture shock, but it opened my eyes to other traditions I never knew.” 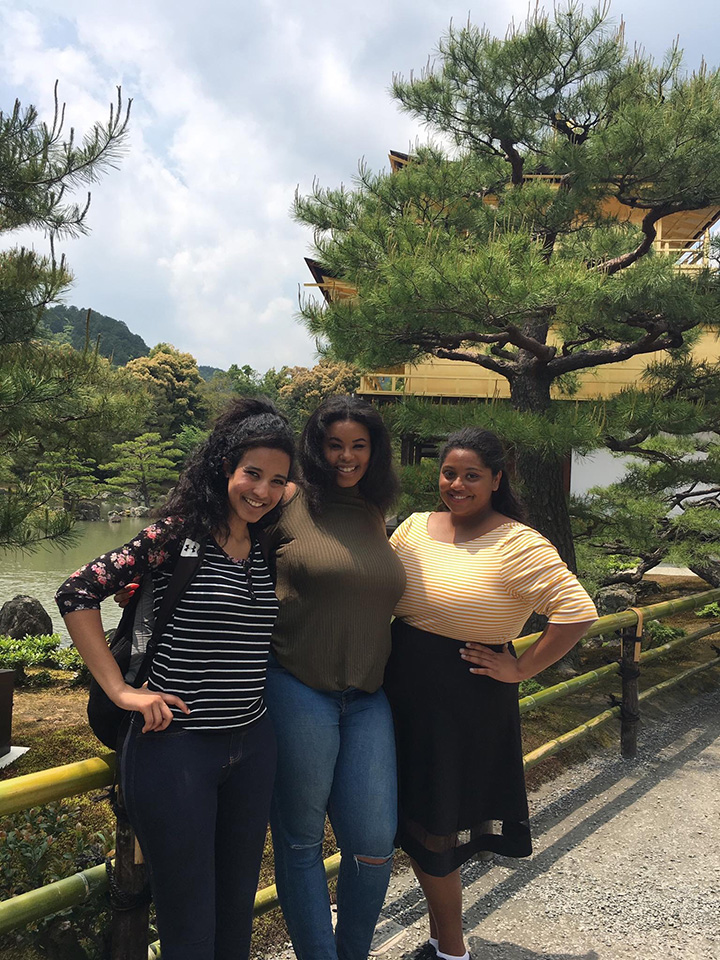 Miela Fetaw (middle) stands with two members of her cohort during a trip to Japan as part of the Roy W. Howard National Collegiate Reporting competition. Above: Fetaw experiments with a green screen in a Japanese
news studio. Photos courtesy of Miela Fetaw.

Fetaw is a storyteller by nature. In the 1980s, her parents emigrated from Eritrea in east Africa to Italy, where Fetaw was born. Her family later relocated to the United States, but living among different cultures gave Fetaw a healthy respect for viewing the world through multiple lenses. It’s part of what draws her interest to foreign correspondence.

So when she found an advertisement for the competition, Fetaw began to whip up an application – even though she was just hours away from the deadline. She submitted her essays with minutes to spare and was astounded weeks later when she learned that she was one of the winners.

The trip itself was packed full. Fetaw and her fellow award winners traveled extensively throughout the country, visiting local and international media outlets to observe first-hand what international reporting is all about. Touring Bloomberg’s Tokyo bureau was especially exciting, she said. The group had dinner with a Reuters reporter and met a reporter working for the Associated Press.

On other days, the students visited temples and parks to absorb local flavor – and sobering history.

“We got to go to Hiroshima, and that was like nothing I’ve ever seen before,” Fetaw said. “Journalism requires seeing things from lots of different perspectives. Hiroshima drove that point home. … As much as you do want to know everything, you’ll never know all the sides. Everyone has their own truth, but which is most correct?”

Hiroshima is one of two Japanese cities where the United States military dropped an atomic bomb during World War II. The American students, who had learned about the event in their own history classes, toured the city’s museum which presented the Japanese perspective of that fateful, violent day.

There was one aspect of culture she hadn’t anticipated; Fetaw is black, and that’s a rarity in Japan. She would sometimes catch people taking photos of her on the street for the novelty.

“It made me feel like I was at a zoo or something. It made me uncomfortable,” she said. “The language barrier does not allow you to explain that this is wrong or abnormal coming from the western world. I really tried to let this in as a learning and reporting experience.

“The biggest challenge for me was knowing when to put my American identity aside,” she added. “There were times when my peers or I were frustrated that we were lost or couldn’t figure out something. … We had to get to a point where we were comfortable with being uncomfortable.”

Fetaw said she hopes this won’t be the end of her travels, or journalism, abroad. She’s more than ready to be uncomfortable.