Italian professor’s book takes on the Mafia through fiction

When you hear the phrase “Mafia literature” you probably jump straight to The Godfather by Mario Puzo, but Robin Pickering-Iazzi has a different perspective. She’s found a whole range of ideas about the Mafia in Italian literature, and none of it is flattering to people like Michael Corleone. 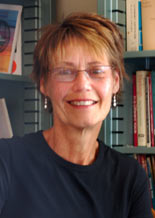 Pickering-Iazzi, a Professor in the French, Italian, and Comparative Literature Department at UWM, recently released her newest book, The Mafia in Italian Lives and Literature: Life Sentences and Their Geographies. It explores perceptions of the Mafia in Italian fiction and non-fiction, from a mystery novel to contemporary legends to online media. There’s one unifying theme – most of Italy’s Mafia literature is really anti-Mafia. Over and over, these books tell the story of families, neighborhoods, and a country held hostage by organized crime.

“(Characters) in four of the novels, they’re actually inspired by historical people. … We get a view of mental processes and then spaces such as the local level and daily life. How do the Mafioso territorialize a neighborhood? How do they keep people silent, people who in their own lives are honest and ethical? … You see that it’s always by this threat of violence, either toward the person who speaks out or their family,” Pickering-Iazzi said. “You get a lot of factual information about the Mafia system of control in these novels.”

Pickering-Iazzi noticed that system of control elsewhere too – in none other than the canon of Mafia literature. The most widely-acclaimed and recognized fi tional accounts of Mafi osi are written by men. Though she didn’t set out to write her book this way, the literature Pickering-Iazzi examines in her book was largely written by women.

“If you think about it from the Mafia perspective of omertà – silence, enforced silence – I thought, since the critical world has not been talking about these women, it makes it appear as if they’re somehow complicit. They’re not speaking out about this very topical issue in Italy,” she said. 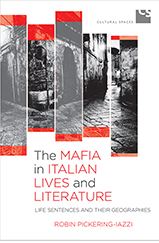 And it is topical – in certain portions of Italy, the Mafia is embedded in daily life, from the shop down the street to the politician in the capitol. Famous groups, like Cosa Nostra in Sicily or the ’Ndrangheta near Calabria, regularly collude with politicians when it comes to awarding government contracts, for instance. In Palermo, it’s said, it’s almost impossible to secure a hospital room and bed for a woman having a baby, or set aside a burial plot in a cemetery, without asking the local Mafia.

But that’s being addressed by an unexpected form of writing that Pickering-Iazzi has also explored in her book: anti-Mafia social media networks and online, citizen journalism.

Anti-Mafia social networks don’t have the same notoriety that their counterparts do, but groups like Libera (http://bit.ly/1Goqwou) and Ammazzateci Tutti (www.ammazzatecitutti.it/) (literally translated to “Kill Us All” in English), work to combat the Mafia by educating children about the dangers of becoming involved in the Mob and giving Italian citizens workarounds to avoid having to call the Mafia for favors – finding them jobs, for example. They also maintain a large online presence by hosting forums for people to socialize and organize and publishing news articles and investigative pieces into Mafia activity

“I find these online anti-Mafia social networks to be absolutely inspirational. … For those that do grow-up in Mafia-controlled areas and don’t know other ways of perceiving and being in society, by doing that, they have at least the awareness that there is a body of other people and perspectives that they get through whatever that bit of news is,” Pickering-Iazzi said. “Online journalism … it’s impressed me with how important it is. The national mainstream press in Italy is controlled in many ways and they tend to give superficial stories, if they report them at all, about either the Mafia or the anti-Mafia. But the anti-Mafia online sites do in-depth exposes. They do research and very thoughtful kinds of articles. They have thousands of readers and they’re performing this wonderful work for informing the public, for democracy, for justice. Sometimes, based upon these articles, cases are reopened.”

Of course, Mafiosi can use the Internet as well.

“The struggle, the violence, the threats that are on the ground are also up in the ether, and they do track people down,” Pickering-Iazzi said. “Libera’s site was hacked, a skull left on it. They left a skull with death threats. The battle goes on.”