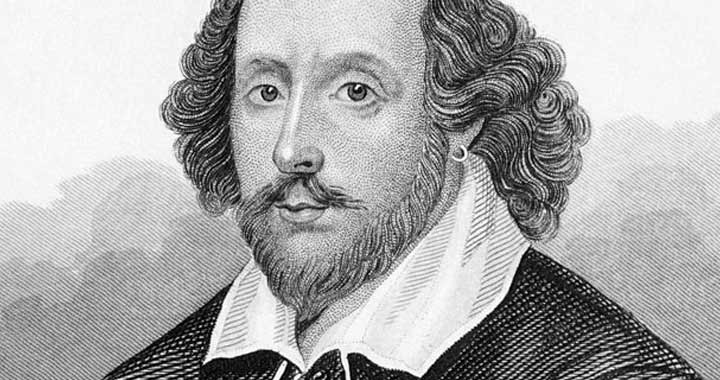 Did William Shakespeare join with friends at the inn made famous in Geoffrey Chaucer’s Canterbury Tales? A 17th century document, uncovered by UWM History professor Martha Carlin, suggests he did.

The document, written by an anonymous antiquary around 1643, provides a unique record of Shakespeare, at the peak of his career, gathering with colleagues at the Tabard Inn in the London suburb of Southwark. All of them cut their names into the paneling of one of the public rooms there.
While doing research in Scotland, historian Martha Carlin discovered a document that records Shakespeare gathering with friends and colleagues at the Tabard Inn in Southwark.
The document lay unnoticed for decades in Edinburgh University Library until a reference to it was spotted in 2012 by Carlin.

Now the document is part of the “Shakespeare, Life of an Icon” exhibition at the Folger Shakespeare Library in Washington, D.C., through March 27.
The historic Tabard Inn was celebrated in Shakespeare’s day and since as the pilgrims’ gathering place in the opening of The Canterbury Tales, Chaucer’s most famous work.

“I think it’s very likely that the main reason that Shakespeare’s circle met at the Tabard, which was not in particularly good repair in Shakespeare’s day, was because it was famous for its association with Chaucer,” Carlin said.
Her discovery is particularly exciting because relatively little is known about the private life of the world’s most famous playwright.

“This gives us a list of the people that Shakespeare hung out with,” Carlin said.

The text reads: “Ye Tabard I fi nd to have been ye resort Mastere Will Shakspear Sir Sander Duncombe Lawrence Fletcher Richard Burbage Ben Jonson and ye rest of their roystering associates in King Jameses time as in ye large room they have cut their names on ye Pannels.”

Shakespeare and the actor Richard Burbage had been associates since the 1580s and members of the theatrical company called the Lord Chamberlain’s Men in the 1590s. Ben Jonson began to write plays for the company in 1598. The actor Lawrence Fletcher joined the company in 1603, when it came under the patronage of the new king, James I, and became known as the King’s Men.

It seems unlikely, however, that Sir Sander Duncombe had been their fellow “roisterer” because he was evidently too young.

“He may have added his name after seeing the carvings, perhaps as a gesture of respect and also perhaps to make himself a part – posthumously – of Shakespeare’s circle,” Carlin said.

Another interesting feature of the anecdote, according to Carlin, is that fact that its writer thought the surviving graffiti in 1643 represented a monument worth documenting a generation after Shakespeare’s death in 1616.