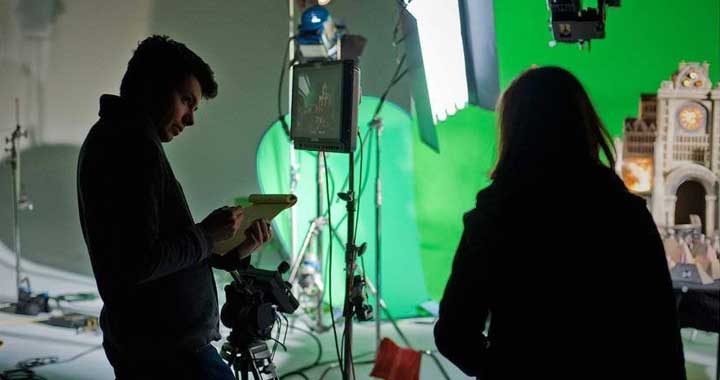 John Roberts was still completing his undergraduate degree when he became an award-winning filmmaker.

Roberts majored in Comparative Literature and graduated from UWM in 2013. In 2009, he was the jury-selected winner in the Cream City Cinema section at the inaugural Milwaukee Film Festival for his film “Mary’s Friend.” Two years later, his film “The Wheel” won the audience award at the Milwaukee Film Festival, and after he graduated, he took the Cream City Cinema prize again for his film “Lemon.”

Today, Roberts works a day job doing motion design at a post-production house called Independent Edit, which provides animation, graphic design, visual effects and more for television, print, and radio advertising. Outside of work, he’s still creating films and is set to begin work on a feature-length film in September.

He credits much of his success to his Comparative Literature classes.

“That’s where I got my training as far as storytelling goes,” Roberts said. “I already had a basic understanding of film production going into college thanks to the animations I had been doing. What was specifically interesting to me about Comparative Literature was being able to study the masters and taking part in storytelling.” 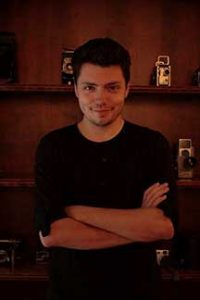 John Roberts is a Comparative Literature major who uses his storytelling skills to create award-winning films.

cohesive feel of the campus. He became interested in animation in high school and originally intended to major in Film in UWM’s Peck School of the Arts, but Roberts switched his major after taking a class with Comparative Literature professor Peter Paik.

“We were watching Korean cinema and comparing them to Greek tragedies. I was like, I need this. This is what I’m looking for,” Roberts recalled. “I knew all of the animation tricks because I was doing that all on my own already. What I was looking for was the storytelling.”

He took those lessons and applied them to his film making, seeking help from professors like Paik and senior lecturer, the late, Michael Fountain along the way. Roberts’ upcoming feature film, for instance, is a modern spin on Faust set in the culinary world.

“When you look at the Michelin star chefs, they’re already making these kinds of covenants,” Roberts said. “These people are incredibly devoted and you have megalomaniacs. It’s fertile ground for Mephistopheles to work in.”

The feature film, called “Popper Baxton’s Sickly Stew,” is Robert’s largest and most ambitious project to date. The film will be shot in Milwaukee and will draw name talent to the city for its production. Roberts also plans to draw production assistants from within the UWM Peck School, noting that the film program has made the students “battle ready” for a project of this size.

“You’ve got the feature fi lm stuff, which is great. Commercials and digital, I think are really interesting, and virtual reality is changing everything,” he said. “There are incredible tools for a storyteller to use in virtual reality because you have absolute control over your audience. Those are all new, interesting horizons.”

“Storytelling specifically in genre allows us to discuss complicated ideas packed into a safe space that’s allegorical with little barrier to entry, sibling to fable and mythology,” Roberts said. “There’s real value in the Humanities.”