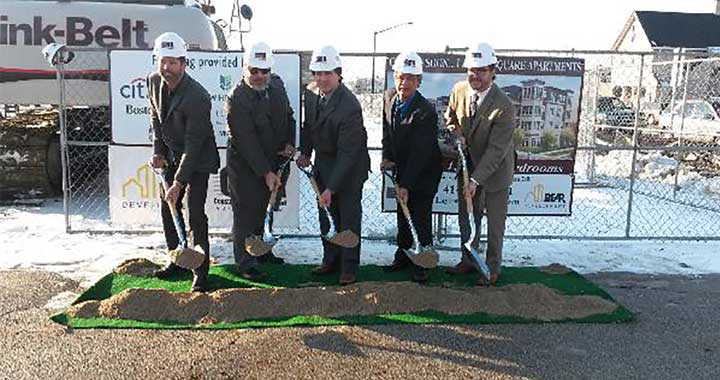 Like many Wisconsin towns, the City of Cudahy was a manufacturing powerhouse – until the decline in industry also led to a decline in the town’s population and vibrancy. It’s Brian Biernat’s job to help it back to its former glory.

Biernat is the Director of Economic Development, Inspections, and Zoning in the City of Cudahy, making him responsible for retaining jobs as well as encouraging economic development and attracting new businesses to build the tax base. It’s a tall order, but his Geography major at UWM has helped quite a bit.

“Just dealing with things like the mapping, land divisions, aggregations, and the ancillary title work that goes along with that – I’m thankful that I had the educational background that I did, because I think it’s hard to hit the ground running or master these things if you don’t have a strong background,” Biernat said.

Biernat graduated from UWM in 1987 after transferring to the university from Marquette. UWM offered an educational program more in line with his interests, and the flexible schedule allowed him time to take care of his young family. And, he says, the professors were fantastic.

“I had a very good relationship with (now retired) Professor (Mick) Day. He had offered Geography Field Studies and we spent three weeks in the Wisconsin River Valley doing a number of tasks that were related to the flora, the fauna, the physical landscape,” Biernat recalled. “It was a really good hands-on experience. It was not only fun, it was a really good learning experience as well.”

Biernat graduated into a slumping economy, but he was able to find work with a defense contractor called General Dynamics. Fortunately for the world but unfortunately for Biernat’s job prospects, the Berlin Wall came down shortly after and the defense business began to dry up.

“I found myself returning the family to Milwaukee and was fortunate to find myself with an employment offer with the Department of City Development with the City of Milwaukee,” he said. “It kind of brought me back to at least the periphery of my interest in urban studies and the experience I had in undergraduate school.”

Biernat put in nine years with Milwaukee, did a stint in the private sector, and then took a job with the Village of Saukville as the community development director and planner before settling into his position in Cudahy five years ago.

Redeveloping an industrial town is not without its hurdles.

“Trying to maintain interest in development in a community, irrespective of what the macro economic conditions affecting a community may be – I think that’s the greatest challenge,” Biernat said. “We are getting more interest in commercial, multifamily, residential, and manufacturing development in Cudahy and the South Shore. That’s gratifying. We’re still very much in the process of transforming Cudahy from a primarily industrial community to a more balanced community, in terms of manufacturing, business retail, and new, more contemporary residential options.”

Biernat’s current project is overseeing the development of a mixed-use building going into the heart of downtown Cudahy. He hopes the new building will be a catalyst to attract more businesses to the area.

It’s the kind of work Biernat always envisioned himself doing, and he encourages current students to follow their own passions when it comes time to pick their careers.

“It’s cliché, but you really have to pursue employment and career activities that please you and make you happy. Ultimately, you have to find a good deal of satisfaction in what you do for a living,” Biernat said. “I had to go with my instincts and my instincts told me that I would be happier if I pursued my interests from school. I always wanted to do my best to parlay my educational experience into securing a career that would parallel those interests.”