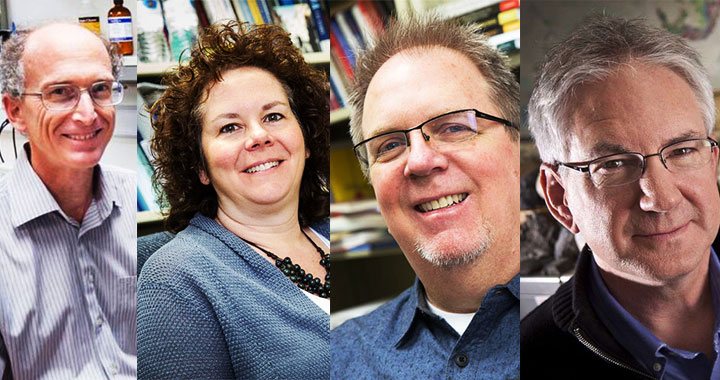 Since 1973, 52 UWM faculty members have been named distinguished professors for their scholarly achievements and productivity, and in recognition of their distinction by their peers, nationally and internationally.

“Designation as a distinguished professor is a recognition of a faculty member’s outstanding research record and the international impact of his or her work in the field,” said Robert Schwartz, professor of philosophy and chair of the distinguished professors committee. “The award not only honors the recipient, but serves to highlight the major contributions UWM faculty make to scholarship as well as enhance UWM’s reputation of as a world-class research university.”

Dolan’s work focuses on women as candidates, gender stereotyping in voting and elections, and political knowledge and participation.

Holbrook’s scholarship is concentrated primarily on voter behavior, though he has also contributed to the research literature on state and local politics.

Isbell is recognized as one of the leading authorities on the late Paleozoic ice age. His research on sedimentology and stratigraphy focuses on the extent and timing of global glaciation during that period 300 million years ago.

McBride is a microbiologist who studies bacteria that move via gliding motility, rather than with tail-like flagella. His lab has developed techniques that allow the identification of the genes responsible for the “motor” that moves the bacteria.

To read more about these honorees, visit http://bit.ly/2vTZf0j.