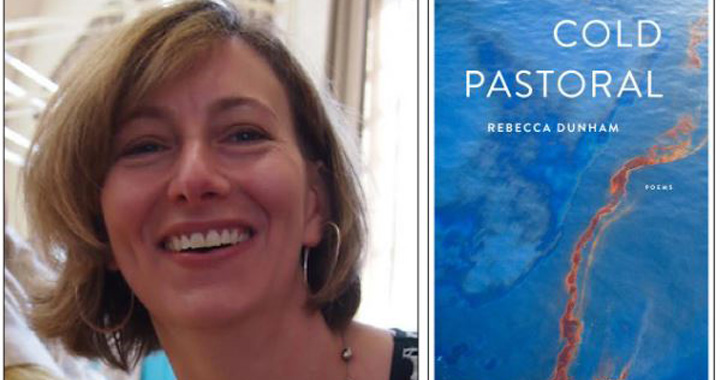 It’s been seven years since the Deepwater Horizon oil spill released nearly 5 million barrels of oil into the Gulf of Mexico, devastating marine life and decimating the livelihoods of thousands of people on the gulf coast who relied on the ocean for fishing, trapping, and commerce.

Rebecca Dunham has captured it all in her new book, Cold Pastoral.

“I was really surprised by the praise,” Dunham admitted. “I think that the politics of the moment have made people more interested in poetry than usual. There’s been a lot of interest right now in writing in general the connects to the environment. We now have an oil executive as our Secretary of State.”

Her book is less about politics, though, and more about the ways in which humanity has been willfully blind to the damage we’ve done to our surroundings. Dunham’s parents are gulf coast residents in Florida, so that region is near and dear, but what really inspired her to write were the horribly beautiful images that were released in the days after the oil rig exploded. People could watch in real time on “spill cams” as gallons of crude oil rushed to contaminate the water. For Dunham, even though the gulf was far away, the event held a kind of immediacy.

A year after the oil spill, she began traveling throughout the area, talking with people who had been affected and incorporating their stories into her writing.

Many of her interviews were planned, but some unexpected meetings proved to make the best poems.

“There are three poems in the book about a man named Wilbert Collins. He’s an oyster fisherman. There was this sign outside [of his store] about how they had gone out of business after 90 years,” Dunham recalled. “I went back, and Wilbert welcomed me in. We talked for a few hours and he showed me around, and showed me his boat. … The fresh water that they released to try and get the oil out was what actually killed all the oysters. Even after re-seeding the beds, it takes 15 years for them to come back.” 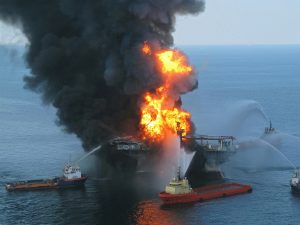 Other poems touch on the Flint, Mich. water crisis, or challenge the reader to pay attention to the environmental problems surrounding them. It’s a book of pastoral elegies – poems that deal with confronting death in nature – in addition to being a book of protest.

“I feel like this witnessing is political. I’m not saying we have to go out and march, but I do feel it’s trying to raise attention toward things that are unjust and wrong,” Dunham said.

That includes her own attention. During the course of writing Cold Pastoral, Dunham took a hard look at her own life and made changes. She and her family now own a hybrid car and she’s very conscious of how she disposes of her trash – especially recyclables like water bottles. The Dunhams also garden to grow their own food and try to buy organic in order to mitigate the damage of harmful agricultural practices on large, corporate farms.

It can be hard to make those sweeping changes, but it’s not an all-or-nothing proposition, Dunham said. She hopes the people who read her book walk away with a better understanding of small things they can do to take care of their surroundings.

“One of the themes of the book has to do with the poet-speaker, and thinking about this idea of how we don’t want to see things like [environmental damage], this willful blindness,” Dunham said. “I hope there would be an introspection in that way. … I think we need to try to be better and just do the best we can, and do everything we can do.”