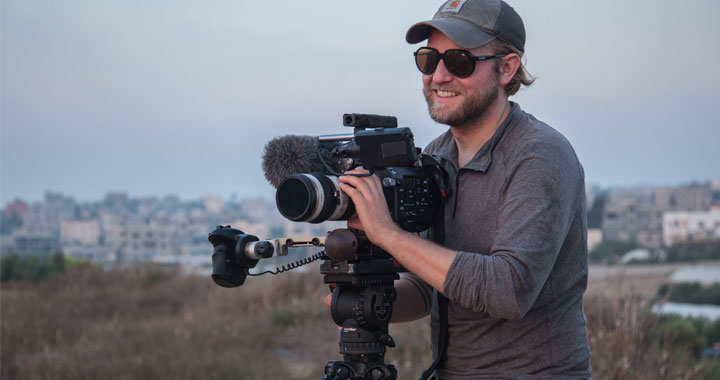 Spencer Chumbley has spent much of the past year in conflict zones, but instead of shooting a gun, he’s shooting film.

Chumbley, a 2009 UWM graduate who majored in Economics, is an award-winning documentary filmmaker. He’s covered everything from the Syrian civil war to corroded oil pipelines beneath the Great Lakes, all without ever taking a UWM film class.

“I never really had an interest in journalism or film-making at all,” Chumbley said. “It took me a while to get there, but the education I have influences my film-making background. … Every time you’re writing a college paper, you’re collecting information and doing research. I think some of the best journalism I’ve seen is long-form documentary content, where the amount of research that is put into that is often the same.”

Chumbley dropped out of college twice – once out of disinterest and once because of illness – before he landed at UWM. Inspired by a trip to Europe with his sister, he became interested in international affairs and chose an economics major to complement it.

During his time at school, Chumbley was accepted to the Honors College, completed a United Nations Summer Seminar in New York, and studied abroad in Africa. After graduation, he went attended the School of African Studies in London where he graduated with a Master’s degree focusing on international development and violent conflict.

It was there that Chumbley discovered the power of a camera.

“When I was in London, there were big student protests against rising school fees. I bought a DSLR earlier in the year and was out in the street taking photographs every chance I could,” he said. “That gave me a bug. I really liked photography and journalism, but I didn’t have a formal training in it. I started wondering how I could use my background and combine that with (the photography) I’d done so far.” 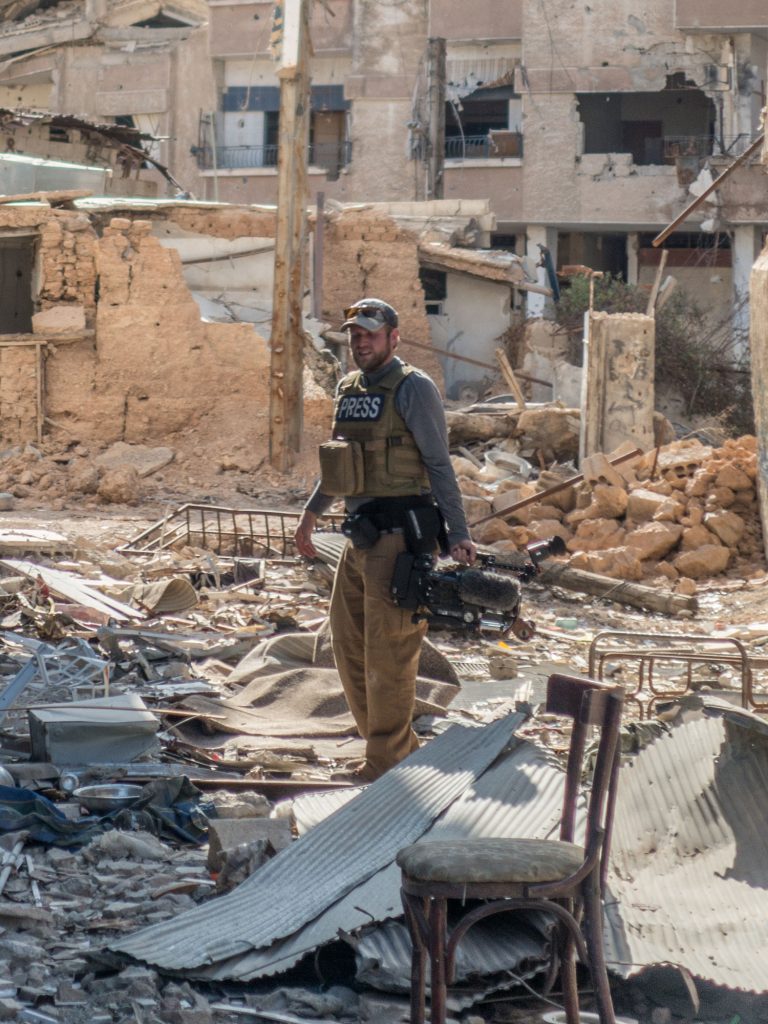 UWM Economics alum Spencer Chumbley walks through the wreckage of the Syrian capital of Damascus. Photo by Roy Marasigan.

He did it by landing an internship at the international media outlet Al Jazeera English in Washington, D.C. From there, Chumbley took a job with VICE Media in New York City, where he helped launch VICE News online.

“It was a dream job,” Chumbley said. “I got a reasonable budget to produce documentaries. I got to travel and learn new things. … This was my first opportunity to make an impact in current affairs programming and really shoot something.”

That web service later grew into what is now “VICE News Tonight,” on the cable channel HBO. The show is a follow up to HBO’s “VICE” documentary program where Chumbley currently works as a freelance director of photography. He describes the show as a “‘60 Minutes’ for Millennials.”

During his time at VICE News, Chumbley focused social and environmental justice stories ranging from draconian landlord-tenant laws in Arkansas to an aging oil pipeline under the Great Lakes.

“I think the most memorable thing I produced was the oil pipeline story,” Chumbley said. “(Enbridge Energy Partners) was responsible for the largest oil spill in U.S. history in Michigan in 2010. It has a 60-year-old pipeline under Lake Michigan and Lake Huron and their staff is very secretive about what condition it is in. One of the largest fresh water sources in the world is at risk. That film was important because it was an opportunity to take the national spotlight and put it on an issue that is important to residents in this region, a region which I identify as home.”

That’s just his domestic work. Chumbley spent a good portion of the last year traveling to some of the most harrowing locations of conflict in the world: Syria, Yemen, Ukraine, and Gaza. He’s taken battlefield medical response training courses and constantly hopes he won’t need to use that knowledge.

Shooting in war-torn cities or in the aftermath of natural disasters is a humbling experience.

“A lot people who live in these situations are given no choice but to put up with them,” Chumbley said. “We go there, gather voices and stories, and bring them back. It’s an emotional toll, realizing that people have to live with everything you get to escape from when you leave.”

And while traveling abroad and reporting on stories on international importance is exciting, Chumbley would like to keep focusing on the Great Lakes region – he even has a tattoo of the lakes – and producing films that showcase how vitally important they are as a natural resource.

And in the meantime, he’s always searching for his next project.

Film and journalism bring grad to forefront of Milwaukee Film