L&S / All News / Communication graduate helps widen the Given Circle 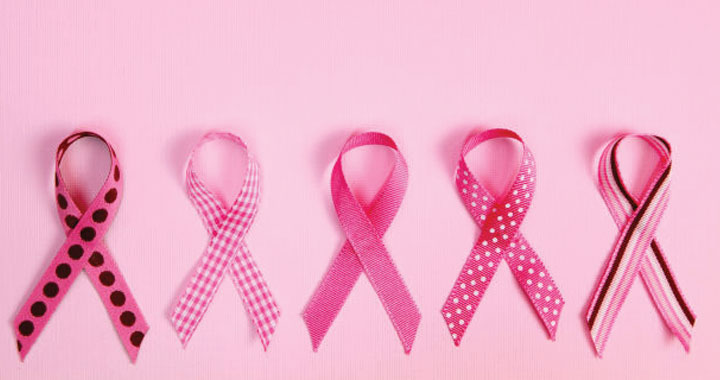 Robyn Cherry is convinced that a higher power was involved the day she met Cynthia Hooker in second grade.

“We are best friends, and when she decided to start her organization, I had the know-how to help her create her brand,” Cherry said. “I always had this innate urge to be in communication, and I think that for me to have gained all of the knowledge and experience that I had up to that point, that there was some divine intervention that we stayed friends this long.”

Hooker is the founder of Cynthia’s Breast Cancer Giving Circle, a Milwaukee-based
charity that raises money to help cancer patients and their families deal with their expenses. As a survivor of two bouts of breast cancer, Hooker was inspired to start CBCGC after she struggled to pay bills during her treatment.

There was one problem: Hooker didn’t know how to get her message across. Cherry did.

Cherry is a familiar voice over the Milwaukee airwaves. She began her broadcasting career as a control board operator for WTMJ radio and later became the station’s overnight news anchor. From there she traveled to WUWM, run under the umbrella of the College of Letters & Science. Cherry was a producer and fill-in host for the At 10 show, which has since been renamed “Lake Effect.” She also hosted her own show called “City Talk” exploring issues surrounding cultural diversity in Milwaukee.

From WUWM, she forayed into the print world with Strive Media, a now-defunct
organization that helped youths wet their feet in the world of journalism and publications. While at Strive, Cherry also became the editor of Girlfriend’s Health Magazine for Women of Color. However, her talent for radio couldn’t be overlooked; Cherry was quickly recruited to WYMS to become a morning show co-host. Later she worked as a fill-in host for Eric Von on 1290 WCMS and for Wisconsin Public Radio as a producer for the Joy Cardin show.

Cherry did it all without a college degree. She had begun taking classes at UWM in the ‘80s, but put her education on hold when her career took off. In 2011, she majored in Communication and earned her Bachelor’s degree, then followed up with a Master’s degree in 2013.

All of her experience and education meant that when Hooker needed help, Cherry was able to provide it.

“It was very natural; I just started helping out. I interviewed her on the radio when I was fill-in hosting, and at first she was pretty shy about it,” Cherry said. “I told her, you can’t be in the background. You are the face of this organization. I coached her; I created the talking points. Cynthia was a pro by the time the interview was over.

“And now, Cynthia is not shy about doing media. … I will take credit for that,” she added with a laugh.

Cherry’s considerable media experience made her a natural fit to spearhead public relations for CBCGC, but she also credits UWM for giving her the skills she needs to be effective at her volunteer position.

In the seven years since it was founded, CBCGC has raised more than $60,000 for patients struggling with need and formed partnerships with several regional healthcare systems, including Aurora, Wheaton Franciscan, and Columbia St. Mary’s. Cherry personally has participated in fundraisers, coordinated media exposure, and even hand-delivered Thanksgiving meals to cancer patients and their families.

It can be draining, especially when patients pass away. Still, Cherry said, that doesn’t stop her from doing all she can to help.

“Think about what your passion is. Cynthia and I are fortunate in the sense that we really like to help people,” Cherry said. “What’s your passion? What’s your talent? And how can your talent help make another person’s plight better?”