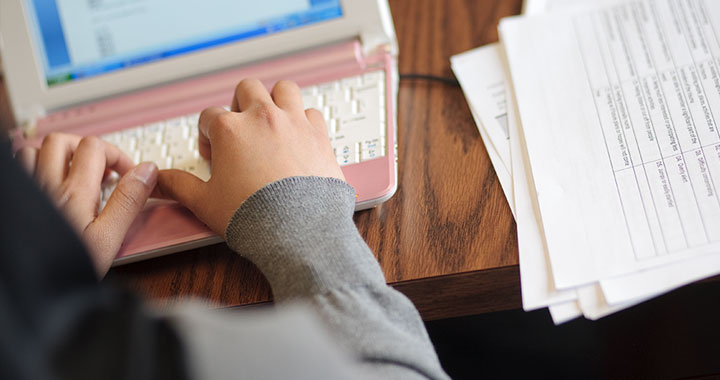 UWM Associate Professor of Chemistry Kristen Murphy is invested in ensuring a level playing field for men and women in STEM education. Murphy is a unique chemistry professor in that she researches how to teach her field, especially when it comes to writing unbiased exams. She is the Associate Director of the American Chemical Society’s Division of Chemical Education Examinations Institute, which will be based at UWM starting July 1.

“We’ve been developing standardized exams from high school all the way up through graduate entrance exams for 80 years. I started working with that group and have been the associate director with that group for 10 years,” Murphy said. She will take over as the Director on July 1.

When she began her tenure with the Institute, Murphy helped produce standardized chemistry exams, but recently, she’s become more interested in making those exams free of favor. All other aspects of performance being equal, Murphy wants to ensure that questions won’t be easier to answer for male students than for female students, or, if they are, to make sure that another question is easier to answer for females than it is for males to balance out the test.

To gather information, Murphy and her colleagues conduct research with model tests and subtly, repeatedly, alter questions to gauge how the format and content of the question can affect favor. The sample questions are given to male and female students who perform at the same academic level to see if they are easier for one group or the other.

If a question does show favor, Murphy’s group removes it from the tests that are sent out to chemistry students nationwide. It’s not a huge problem – only about 5 percent of questions show favor – but it can be important as students delve further into their chemistry education.

“The research shows that if there’s a gap (in performance) at a young age, the gap gets wider as students get older,” Murphy said.

There are also gaps in students’ confidence, no matter how their performances in class and on tests stack up. Murphy is working on research that aims to address that disparity as well, especially if a lack of confi dence in their skills translates into students leaving STEM education. She is researching models to predict whether students will persist in their major by giving them surveys about their confi dence levels when it comes to solving chemistry problems, working in a lab, and other skills they need to continue in chemistry. If students experience a drop in confi dence that leads to a loss of interest in STEM, Murphy wants to have tools in place to help students regain it. And once again, she’s finding that gender plays a role.

“Research has shown that there are differential affective components for males and females, and we’ve actually found that ourselves. Even when we have our students matched on performance, our male students tend to be more confi dent than our female students,” Murphy said. “That’s a concern to me. I don’t want to know my female students are at risk for persisting in their major, especially when it’s a STEM major.”