Chemistry PhD alum finds justice is in his DNA 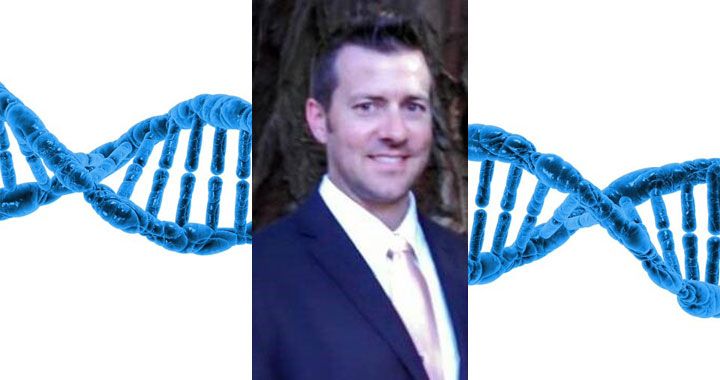 Vincent Purpero earned his PhD in Chemistry in 2006. He now works as a DNA analyst in the Wisconsin State Crime Lab. Photo courtesy of Vincent Purpero.

Don’t believe everything you see on CSI shows, Vincent Purpero warns. For starters, there is no mood lighting in the Wisconsin State Crime Lab.

He would know; Purpero, a UWM alum who graduated with his PhD in chemistry in 2006, works in the lab as a DNA analyst who is responsible for analyzing evidence collected from crime scenes around the state. He and his colleagues scour clothing, weapons, and other materials searching for blood, semen, saliva, or other substances containing DNA that might point to a perpetrator.

“These are felonies that we work here, so a lot of times very heinous crimes,” Purpero said. “Besides making positive associations with DNA, we can also exonerate wrongfully-accused individuals, and are able to be a factor that can help stop future criminal activity.”

The Wisconsin State Crime Lab provides the science that supports justice. The lab tests crime scene evidence materials for the presence of controlled substances, tests body tissues for drugs or alcohol, helps to maintain and add to the state’s fingerprint database, analyzes firearms and ballistics, and conducts DNA testing.

And DNA testing is where Purpero shines. 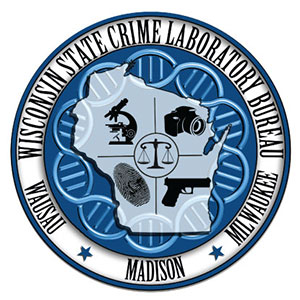 “We analyze items of evidence for the presence of biological materials. We try to extract, isolate, and amplify the DNA that we do find,” he explained. “We have specific tests that make sure that it’s human DNA. We take that crime scene evidence and we compare (that DNA) to standards that individuals submitted. We add statistical weight to our findings of the evidentiary samples and make comparisons to the submitted standards.”

DNA testing is a very accurate science, so much so that cases in which probative genetic evidence is found rarely go to trial. Occasionally, though, Purpero will be called on to testify in court as an expert witness to explain how his findings – or sometimes a lack thereof – implicate or exonerate a defendant.

In court, those inaccuracies in the CSI shows come in to play.

“It’s known as the ‘CSI effect,’ where people expect certain results to be seen; otherwise, they’re not going to convict,” Purpero said. “We don’t make any arrests or walk around with gun holsters. We don’t have quite the instant results that they like to show. … There’s lots and lots of paperwork we have that is mysteriously never shown in the shows.”

Many cases are routine, but Purpero occasionally works with evidence from crimes that make that news. Recently he worked on a case where a cognitively-disabled woman was sexually assaulted. Purpero and his colleagues were able to find a DNA match for the perpetrator in CODIS, the Combined DNA Index System run by the FBI, and the violent offender was brought to justice. The television stations in Madison carried the story.

“We have so many different kinds of cases here: burglaries, property crimes, criminal paternity cases. We have the sex assault kit initiative where we have to process all of the sex assault kits that have been taken off the shelves from all the agencies around the state. We have homicides,” Purpero said. “They’re not all high-profile, but they’re all in need of us to work them.”

The work is a satisfying job that resulted from an unconventional career trajectory. Purpero majored in biochemistry at UW-Madison and worked in a meat plant testing food products for bacteria after his graduation in 1997. He and his friends at the job couldn’t see a long-term future for themselves in the meat industry, so Purpero entered UWM to work on his graduate degree. He made fast friends with his PhD advisor, Graham Moran. The two still meet once or twice a year to go mountain biking together.

Purpero entered a postdoctoral position researching enzymology at the University of Minnesota upon earning his degree, and eventually returned to Wisconsin to work at a small biotech company as a protein purification scientist. The depth of his molecular biology background relating to those two fields – enzymology and protein purification – turned out to be perfect when Purpero applied for the DNA analyst position five years ago.

He’s enjoyed the job ever since, especially because Purpero’s father retired as captain of detectives in the Milwaukee Police Department. Purpero jokes that law enforcement is now a family business.

A dose of humor for treating fears