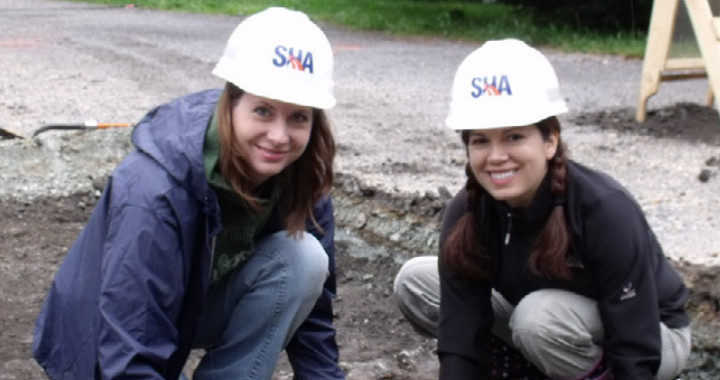 If Nichole Sorensen-Mutchie could get soldiers stationed at Fort Campbell to leave the arrowheads where they find them, she would be a happy archaeologist.

“We try to teach them, if you find something, please let us know. You’re not in trouble if you find it, as long as you don’t put it in your pocket and try to sell it on eBay,” she joked.

There are strict federal guidelines governing the handling of cultural resources, like old Native American arrowheads, on federal land. As an archaeologist at the United States Army’s Fort Campbell, Sorensen-Mutchie is responsible for helping Army personnel comply with those rules.

“The regulations are in place so that we can have the chance to record and preserve these archaeological or architectural resources,” she explained. “Say they want to put in a new neighborhood. We would have to make sure the area doesn’t have an archaeological site, or if there is one, that we have a chance to record it before they put their buildings in. When soldiers are in the rear training area, we try and guide them to where it would be okay to dig in their fighting positions and where we would prefer they wouldn’t, just because we know it’s a culturally sensitive area.”

Sorensen-Mutchie is uniquely qualified for the job; she’s an archaeologist and an Army wife.

A Wisconsin native, she attended UW-La Crosse for her Bachelor’s degree where she majored in archaeology. She continued her education at UWM, earning an MS in Anthropology in 2005. During her time on campus, Sorensen-Mutchie worked with UWM’s Cultural Resource Management program, a contractual arm of the anthropology department that helps public and private agencies asses the impact of any new building on cultural resource sites, per federal and state law.

“I was attracted to the hands-on experience that you could get through UWM’s lab and field work,” she said. “Those opportunities became invaluable when it came to entering the workforce.”

Sorensen-Mutchie’s husband is a soldier, so her jobs followed his postings. When he was stationed in Maryland, she worked first for a private firm and then doing cultural resource management for the Maryland State Highway Administration. When he was transferred to Germany and later San Antonio, Texas, jobs were harder to find. Instead, Sorensen-Mutchie volunteered at museums on base, helping curate exhibits, guide visitors, and manage the museums’ social media presence.

When her husband was posted to Fort Campbell in 2019, she was delighted to see a position open for an archaeologist. She applied and was thrilled to be hired. Built over what was once Native American hunting land, Fort Campbell has its own cultural resource management program . The installation straddles the Kentucky-Tennessee border and was built as an Army training facility after the bombing of Pearl Harbor during World War II. In addition to native artifacts, the Fort is home to four buildings considered historically significant, including a house with a log cabin core that dates back to the 1830s, and an old school that was once Kentucky’s first racially integrated school. Two objects – a statue and a state line marker – are also eligible for the National Register of Historic Places .

On top of that, Fort Campbell is also home to 130 cemeteries, family plots leftover from before the area was purchased by the U.S. government. Sorensen-Mutchie helps oversee all of these resources, from helping civilian families access their ancestors’ graves to documenting new cultural finds. In addition, she and her colleagues often perform community outreach by working with schools to teach students about archaeology, or inform soldiers about the types of artifacts they might find during their training.

“There is no typical day. Every now and then we get a curveball that makes us think creatively,” she said. “Whenever a unit wants to do something but it impedes on
a cultural resource, we don’t want to just say no. We try and find ways to make it work and be creative about ways to let the mission go forward without negatively impacting the cultural resources that we do have identified on Post.”

The job is important because each piece of the past, whether it’s an arrowhead or a log cabin, tells a story about the people who used to make their homes in the area.

“I like to tell the soldiers that whether you’re here for a year or you decide to retire to this area, Fort Campbell’s story becomes part of yours,” Sorensen-Mutchie said. “I would like them to take some ownership and pride and understand the people that were here before them. Just like those people, we’re leaving our mark for archaeologists of the future.”

Mapping the Connections Among Indigenous People