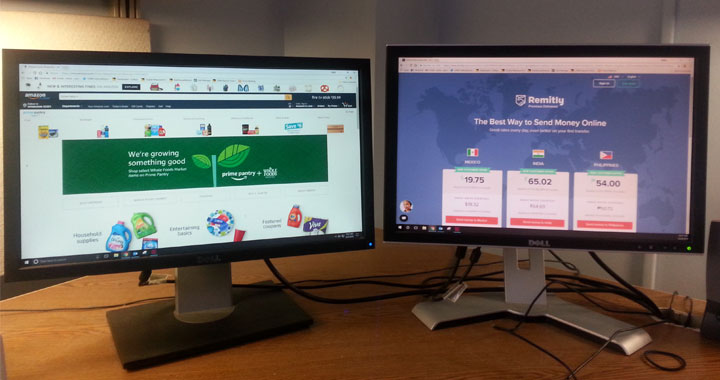 Women make up half of the United States’ work force, but hold fewer than 25 percent of the jobs in science, technology, engineering, and math fields.

Emily McMahon thinks an early lack of exposure might be to blame.

“When I was in my first computer science class, there was a fellow student who was leagues beyond me,” she recalled. “I thought, maybe he was just smarter. I thought, maybe I’m not that good at this because he doesn’t struggle the way I struggle. It took years of experience and reflection to realize what was happening. … I think the average level of familiarity as an incoming freshman studying computer science is a lot higher for men than for women.”

After spending a few years at the actuarial firm Milliman, McMahon found herself at one of the meccas of the technology world – the Amazon headquarters in Seattle.

“A friend that I had met at UWM had just gotten a job at Amazon. He basically forced me to interview,” McMahon said. “I started as a junior developer and got promoted to a mid-level developer at the time. I was on different teams, and I got to see different aspects of Amazon.”

As a software developer, she was part of the team responsible for rolling out Prime Pantry, Amazon’s platform for ordering groceries and other everyday household products. That team was unique because the gender ratio was much higher than average; 30 percent of the programmers and developers were women, McMahon said.

After Prime Pantry launched successfully, McMahon’s next project was to tackle forecasting. She and her team members built computer algorithms that predicted how many of what items Amazon should stock. At first, they would allow Amazon’s business teams to override their algorithms’ prediction if the business people felt the projections were off.

“People thought they could do better than the models, but they never did,” McMahon said with a laugh.

While her time at Amazon was fulfilling, McMahon eventually quit her job to pursue personal passions for a year. When she entered the workforce again, she found her current job as a data engineer at a company called Remitly, which helps workers in
the U.S. send remittances to their families in other countries. 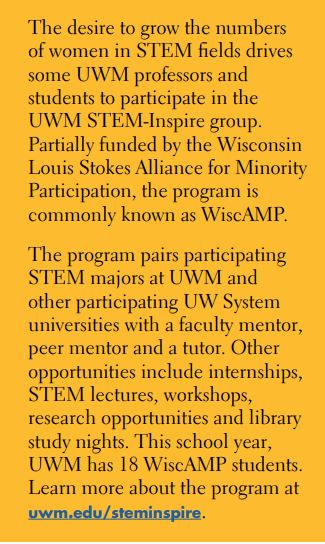 In her new role, she streamlines data for company analytics, helps engineering teams quickly and reliably log data, and hosts machine-learning models to combat fraud and high-risk transactions. She loves the work and the cause she’s supporting.

“Remitly is a company where I feel good about what we’re doing,” McMahon said. “People come over and work in the U.S. and send money back to their families, small amounts regularly. That’s only possible if they’re not paying $50 a transaction. The stories are really touching: how they help their family with an emergency, or how they can help their family obtain visas and other things they wouldn’t have had access to.”

That drive to give back has prompted McMahon to volunteer her skills in other areas as well. She remembers how intimidated and behind she felt in her computer science classes at UWM, and she wants to ensure that other women don’t feel the same way.

“I do mentor other junior female developers. The things we talk about are usually nongendered. … I’ve given a talk at Ada [a developer training boot camp for women],” she said. “I definitely feel some responsibility to encourage and mentor.”

The future is increasingly digital, and McMahon wants to ensure everyone has access.

“If I have a daughter,” she added, “the world she’s going to live in is going to be so cool.”