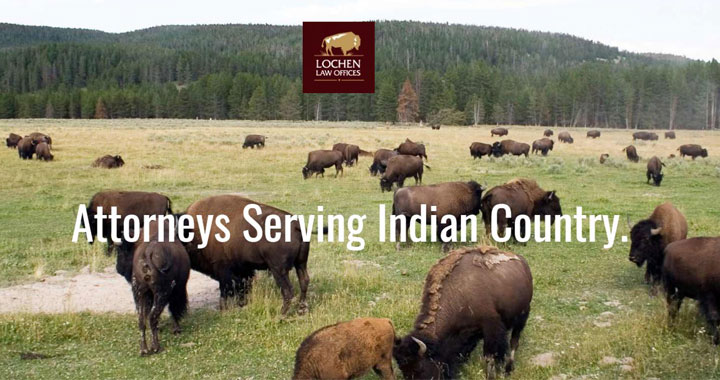 Any spaghetti western would have you believe that Indian country is a wild, lawless territory, but that’s not the case. Just ask Eric Lochen, an Indian country attorney whose job is to interpret and apply federal Indian law for his clients in court and other legal arenas.

“The biggest challenge is understanding the jurisdictional issues involved. There are a lot of questions about which laws apply to a tribe,” Lochen said. “I get questions about employment matters, criminal jurisdiction, tribal governance, corporate formations. You apply general principles and apply case law, but then you have to run it through a filter of whether or not it applies because of the fact that a tribe is involved.”

Lochen isn’t what you’d expect of an Indian country attorney. For starters, he isn’t affiliated with any tribe, and furthermore, he didn’t initially set out to be a lawyer. For nearly a decade after he completed his undergraduate degree at Miami of Ohio, Lochen worked in the corporate and marketing communications industry. After years in those types of jobs, however, he found himself wanting a change. 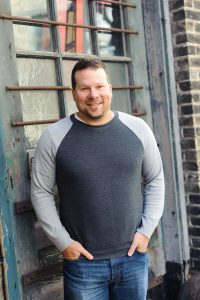 He found it at UWM in the Master’s in Liberal Studies program where he found a mentor in professor Jeffrey Hayes, who passed away in 2012.

“I sort of stumbled on the program and decided it would be a good fit for me, and I enjoyed working with Jeffrey. He was a brilliant man, a dear friend, a kind soul, and a wonderful champion of his students’ passions and pursuits, ” Lochen said. “I used the MLS program as a vault to change careers, and it really worked well for that in an intangible way. You come out of a program like that, and it really helps you develop your mind and think about things in different ways.”

Two years after he graduated from UWM, Lochen used those different ways of thinking to take himself to William Mitchell College of Law in St. Paul, Minnesota, which is now the Mitchell Hamline School of Law. Lochen graduated in 2008.

The college had a strong Indian law program and good connections to local attorneys. Lochen credits one of those attorneys, John Jacobson of the Indian law firm Jacobson Law Group, with guiding and influencing much of his own professional law career.

“I always had a focus on history and American Indian history,” Lochen said. “Combine that with a business background, and at the end of the day, a lot of the work that I ended up doing was giving this same advice to tribes – not just for casinos, but for other corporations tribes have developed, and their governmental infrastructure also. It combined a number of interests and the experiences that I’d had.”

Tribes enjoy “sovereign immunity,” which recognizes them as a separate government entities that are, in some respects, immune to or exempt from state and federal laws. For example, certain provisions of the Americans with Disabilities Act do not apply to tribal governments, and civil suits against tribes may be limited due to the legal principles unique to such entities.

What makes practicing Indian law even more challenging is that many times, not even federal and state government employees understand all of the nuances of a tribe’s sovereign immunity. Lochen recalled one case where a state was trying to prosecute a tribal member on criminal charges, while Lochen and his client argued that the case was a civil matter. In a civil case in certain states, like Wisconsin or Minnesota, the state would have no authority to prosecute.

“After appearing in court for that matter, making the oral assertion, submitting the brief, and at the end of the day after several arguments over the phone with the prosecutor, the prosecutor dismissed the case before the judge could rule on it,” Lochen said. “That’s really satisfying, when the prosecutor decides that they can’t possibly prevail, nor is it in their interest to let the judge make a ruling on this matter. It’s the equivalent of a ‘case dismissed’ for my client.”

Over the past 10 years that Lochen has been working in Indian country, including during his time at law school, he’s worked with more than 30 tribal clients, from governments to corporations to individual members. He’s worked in seven states across the country and is licensed to appear in 10 tribal courts, two different state courts, and federal court. He owns his own practice – Lochen Law Offices in Minnesota – and loves that he is his own boss.

It’s a far cry from where he started.

“It’s never too late to switch your career,” he said. “What I’ve gone through to get to where I am requires a lot of hard work, especially after being out of school for so long. You think about lost income. Some people have families. Some people have aging relatives that they take care of. Do they want to go into debt to do this? I think about this all the time, and I can’t imagine if I hadn’t done it.”