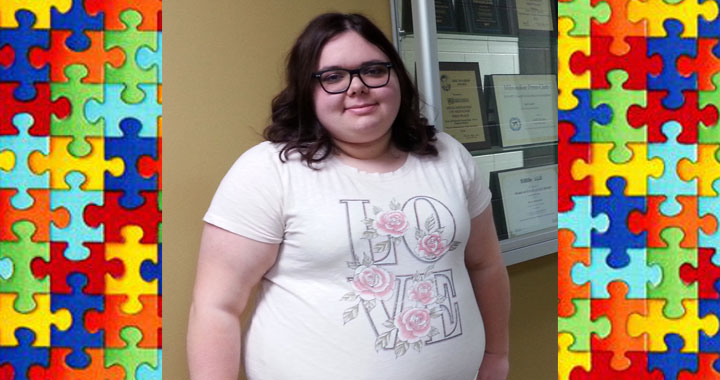 Hart Hansen, the creator of the Fox TV series Bones, has admitted in interviews that the show’s main character, Dr. Temperance Brennan, was based on a friend of his who has Asperger’s. The show never formally labeled Brennan, fearing that an autism diagnosis would not appeal to audiences.

Oh, how things have changed. Just ask Sierra Wolff, a graduate student in Media Studies working on her thesis.

“I’m tracking, over the last decade, how autism in television went from background characters or a plot device to shows centered around the fact that the main character has autism,” she said.

Even in the last 10 years, the portrayal of characters on the autism spectrum has come a long way. Shows like Bones, NBC’s The Big Bang Theory and CBS’s Criminal Minds feature characters that hit many of the marks of an autism diagnosis – traits like difficulty connecting with others, a tendency to misunderstand sarcasm or idioms, and strict adherence to logical thinking patterns – but never formally label those characters.

Those shows began in the mid-2000s. These days, shows like ABC’s The Good Doctor or Netflix’s Atypical focus on characters who are compelling precisely because they have autism.

“I think, even two years ago, these shows would not have been out and successful. And now, The Good Doctor has been renewed and Atypical has a second season coming out,” Wolff said.

She puts that down to a larger cultural shift in America. Young people overall tend to be more inclusive in regards to race, sex, and disability. The rise and prominence of social media has made it easier for people on the spectrum to share their experiences. As visibility has grown, Wolff said, so too has acceptance. The CDC estimates that 1 in 68 people in the U.S. has autism.

And, as characters with autism have begun to feature more prominently in popular media, the conversations and plot lines have changed. Wolff recalls one 2009 episode of Private Practice in which a mother lost her child to a vaccine-preventable illness. She didn’t vaccinate her children after she blamed vaccines for one child’s autism diagnosis, a cause that has been de-bunked.

“I think we’ve shifted more from talking about that controversy and are more looking at the characters. There’s not been that kind of increase in more mainstream characters up until the last year or so,” Wolff said.

While television has made great strides in increasing the prominence and visibility of characters with autism, there is still room for improvement. In many shows, characters on the non-verbal end of the spectrum are used merely as a plot device, especially in crime dramas, and are never seen on-screen again. Shows typically feature white, male characters with autism, ignoring the struggles of women and people of color. And, Wolff noted, there’s the tendency for shows to portray characters with autism as savants.

“Less than 10 percent of people with autism have savantism,” she said. “They don’t have those crazy, special abilities most of the time. It doesn’t mean that they’re less; it’s just different. Many times you’ll see portrayals of people with these super-special skills.”

How people with autism are portrayed is a subject that hits close to home for Wolff: one of her younger brothers has Asperger’s. She’s interested in finding television shows featuring characters like him and other special needs children she’s worked with.

Unfortunately, Wolff is a terrible person to watch TV with when she’s researching.

“My brother hated watching Atypical with me, because if I was getting behind in notes, I’d make him pause it so I could catch up,” she said with a laugh. “It’s this constant pausing, rewinding, listening, getting direct quotes, or going back and catching these little details.”

If current trends in television continue, she’ll have the opportunity to annoy more friends and family as she researches the ever-widening spectrum of characters with autism.