The week of April 24th was a busy one for the Honors House Players- a brand new club recently created in the Honors College- as preparations and rehearsals came to a climax at the opening night of their debut show; The Goat or, Who is Sylvia? by Edward Albee. With the combined efforts of a four character cast and a small crew, director Sean VanZeeland lead the club to success with a powerful first performance.

In The Goat or, Who is Sylvia? Martin (played by Greg Rowan) is a hugely successful architect who has just turned fifty and leads an ostensibly ideal life with his loving wife (Courtney Raatz) and gay teenage son (Karol Nowak). But when he confides to his best friend Ross (Zak Sharp) that he is also in love with a goat named Sylvia, he sets in motion events that will change his relationships and his life as he knows it forever.

While challenging taboo topics and getting mixed up in uncomfortable situations, the cast did an outstanding job delivering an emotion packed performance with sprinkles of comedy throughout. This show deals with asking questions about things we most often hide our curiosity about and the cast broke down those walls skillfully and while engaging the audience. Their chemistry on stage made the audience feel as though they were right in the living room with Martin and Stevie, dealing with their issues and struggling through their internal conflicts. For this being the first production from the new Honors House Players anyone who attended the show can surely see that there is great potential for the future. For VanZeeland, the most rewarding part of the whole process was hearing that another Honors College student had been inspired after seeing the show and saw a future in the Honors College that now had a stronger sense of community. 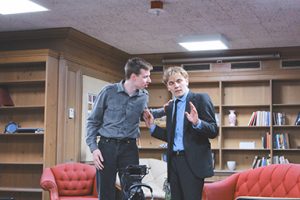 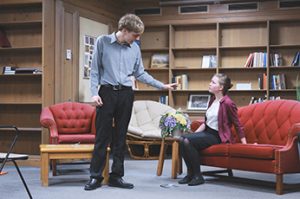 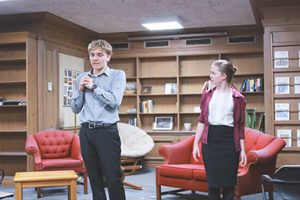 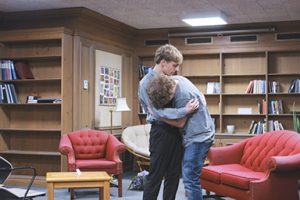