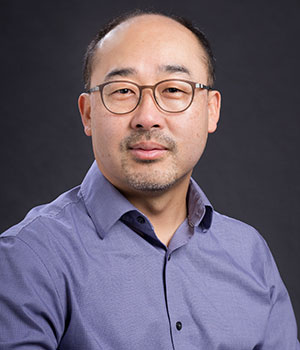 In his research, Jinsung Wang attempts to delineate the neural mechanisms that underlie hemispheric lateralization and interlimb transfer of motor control and learning. He is interested in research questions, such as how movement information is stored, represented and retrieved in the brain, and how such information is transferred between the two brain hemispheres.

To study these questions, he often investigates how learning a novel task generalizes across different movement conditions, e.g., transfer of visuomotor or dynamic adaptation task from one limb to the other, or from bilateral to unilateral training conditions.

He is also interested in investigating other issues of motor control/learning, which include observational learning, handedness, the effect of perception on motor learning, etc.