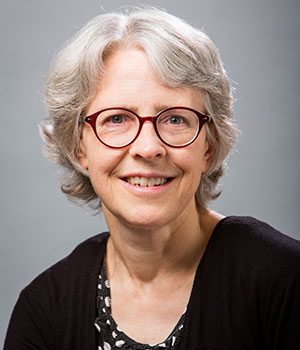 Carol Seery investigates the nature of stuttering and fluent speech to improve our understanding and intervention with individuals who struggle to speak more easily. Her primary areas of research interest are in subtypes of stuttering including the differential diagnosis of stuttering from other fluency disorders, and the psycholinguistic factors affecting fluency and stuttering.

Seery collaborated with scientists at the University of Illinois at Urbana-Champaign in a large multi-site research project funded by the National Institute on Deafness and Other Communication Disorders, National Institutes of Health.

Seery teaches the graduate course on Stuttering and Fluency and the undergraduate course on the Bases of Voice and Fluency Disorders. She has co-authored an introductory textbook with Ehud Yairi, Ph.D., titled Stuttering: Foundations and Clinical Applications (Pearson Publishers). Seery serves on the editorial board for the Journal of Communication Disorders. Seery received the College of Health Sciences Dean's Research Award in 2002.