The Ronald E. McNair Postbaccalaureate Achievement Program is designed to increase the number of students from underrepresented backgrounds who enter graduate studies leading to the doctorate. 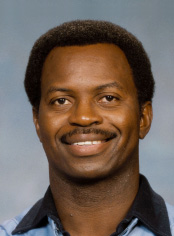 Nationally recognized for his work in the field of laser physics, McNair received three honorary doctorates and a score of fellowships and commendations. He achieved a black belt in karate and was an accomplished saxophonist. In 1978, McNair was one of thirty-five people—among some ten thousand applicants—chosen for NASA’s astronaut training program.

Ronald McNair died on January 28, 1986, in a fiery explosion nine miles above the Atlantic Ocean, along with six other crew members aboard the space shuttle Challenger.

The Ronald E. McNair Postbaccalaureate Achievement Program was initiated by the US Department of Education in 1989. Authorized under the Federal TRIO Programs, the program has grown nationally, and currently serves thousands of students. UWM was one of the first of fourteen universities in the country to receive funding for this program.