Even if they are employed in the same profession, there is generally a big difference in the salaries between domestic and immigrant employees, and that holds true in countries across the world. 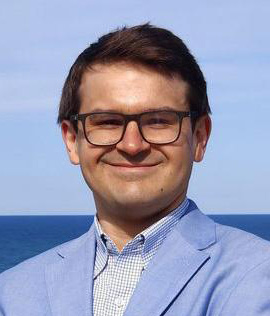 “I was wondering, what can explain those two effects?” he said. To find out, he made it the topic of his PhD thesis.

Storm himself is a self-described foreign worker. A German native, he participated in an exchange program at UWM during his undergraduate days and returned to the university to earn his PhD in economics. After graduating this summer, he accepted a position at Carleton College in Minnesota as a visiting assistant professor of economics. That subject has long been a fascination of his, and Storm’s interest only grew when the Great Recession in the United States plunged the global economy into chaos.

Lately, his interest has turned toward the wage gap between native workers and foreign workers who have immigrated to their new country or work there on visas. His research does not look at illegal immigration.

Why the wage gap?

To find the reasons for a major gap between the salaries, Storm first had to determine what the reasons were not. He did so by examining German survey data. These German survey results were also consistent with U.S. evidence regarding specialization in the workplace.

“Conventional wisdom would tell us there are wage differences because some people have a college degree and others don’t. Some people have 20 years of work experience and others have five,” Storm mused. “However, that’s not a satisfactory answer.”

Originally appeared in the December 2020 L&S In Focus.

He points out that increasingly, immigrant workers have the same qualifications, education, and experience as native workers. Perhaps the gap is because native and foreign workers specialize in different occupations. Native workers might have an advantage in certain jobs because they have stronger communication skills in the local language than immigrant workers.

But that’s not the whole story either, Storm said.

“Increasingly, foreign and native workers can also be found in the same professions,” he explained. “I figured there’s got to be something else going on. My hypothesis was that . . . maybe (workers) don’t just tend to specialize within certain occupations, but even within those occupations, they do different things.”

“I looked at survey data and what I did find was yes, that native and foreign workers might have similar education, similar experience, and have the same occupation, but nevertheless, do different things at work.”

A failure to communicate

While it is tempting to atrribute those disparities in job roles—and subsequent wage gaps—on prejudice against foreign workers, Storm says he can’t draw any conclusions about workplace discrimination. Instead, he said, he focuses on the bottom line: Employers need their employees to be productive.

“Of key interest here are tasks that require communication-heavy activities where you have to talk a lot. Here is where language barriers come to play and put foreign workers, to some extent, at a disadvantage,” Storm said.

Essentially, native workers are, in many cases, better communicators than foreign workers simply because they grew up speaking the local language. As many large economies across the world shift from manufacturing to service-focus industries, communication has become increasingly important. Native workers are more likely to be in communication or customer-facing roles for this reason.

Storm’s research could mean trouble for the future labor market. As population growth tapers in many developed countries, there aren’t enough babies being born to someday replace the aging work force. The solution is to either encourage families to have more children, or to attract more labor through immigration.

“If you want to attract skilled labor from other countries down the road, they will pick and choose the places where they can make the most money,” Storm said. “The U.S., Canada, the UK, Germany—all of those countries are competing for talent from the entire world. So (they) have to think about some policies to make it more competitive for skilled labor to go (there).”

But native workers shouldn’t worry about their jobs being in danger, Storm added.

“We don’t really see it in the data. It’s not straightforward to replace a native worker with a foreign worker, because they do bring different skills to the table even though they have the same qualifications,” he said.

“Immigration could, to some extent, exacerbate certain trends, but I think the key takeaway is how we should think about immigration policies moving forward.”