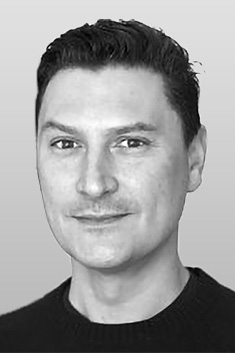 The website WisBusiness.com on April 14 featured UWM filmmaker & MFA alum Sean Kafer, who—along with his wife and UWM film student Madeleine Schweitzer—founded Bullhorn Films in summer 2020. The production company "spotlights societal divisions to elevate and amplify voices, stories, and environments through the art of filmmaking," according to the WisBusiness.com feature.

At UWM, Kafer is a lecturer and project director of doc|UWM, the documentary media center in the Department of Film, Video, Animation and New Genres at the Peck School of the Arts. The center "bridges academics with real-world experience and gives students the unique opportunity to work on professional productions," according to the doc|UWM website.

Learn about graduate programs in Cinematic Arts at UWM.

Last summer, Kafer was in the news  after an off-duty police officer broke his camera lens as Kafer filmed a July 5 demonstration in downtown Milwaukee.

Bullhorn’s website describes the company as "an attempt to document those who have not yet had their stories told. By bringing awareness to our subjects we are able to provide a platform to share their messages, aid in the creation of a relationship with a broader audience, and create an everlasting historical relic for generations to come."