My name is Bryce Bray. I completed the Global Studies Security track in 2012, focusing on environmental and food security. Basically environmental services such as water provisioning, soil building, and food supplies like fish stocks, make food production livelihoods and thus food security possible.
This focus took me to the Chilean countryside where I finished the security track by interning at a sustainable agriculture site. Afterwards, I started to work as a freelancer, translating from Spanish, German, and Portuguese to English while traveling through most of Spanish-speaking Latin America.
A year of working as a translator on the move convinced me to enroll in the Translation MA at UW-Milwaukee. I took advantage of the degree’s online nature to spend a year in Brazil and bolster my Portuguese skills and see most of the country including the Amazon and Pantanal before winning a Foreign Language and Area Studies Fellowship for Portuguese and Brazil.
For the MA’s internship, I spent some five months in Mexico working as an interpreter for a microfinance organization. The experience of driving into the countryside and speaking with people about their challenges and dreams sort of shook me. I knew I liked doing that much more than staring at a computer all day. It also mattered to me that the work dealt with sustainable development, not random instruction manuals to be translated into English. That time in Mexico was maybe the happiest, so far, in my life, as it allowed me to keep researching the areas I mentioned earlier by traveling to coastal towns and mountain villages to learn about how communities manage their natural resources. In my free time I completed a Virtual Foreign Service internship with the Department of State. It dealt with environmental policy and deforestation.
This might make me sound like a wandering academic, but I felt the need to get back into my original interest after working with the Department of State and my personal research in Mexico. So, with little hesitation, I applied for and received a decent scholarship to enroll in an MA in International Environmental Policy at the Middlebury Institute of International Studies at Monterey.
While traveling, I had begun to teach myself Russian to keep things lively. This allowed me to specialize in Russian at the Institute and complete an immersion program in Irkutsk near Lake Baikal. My experience there showed me that the waxing and waning of towns along the coast of the Lake were tied to how its resources were managed. It was a socioecological system. We all live in such systems, and very little of the planet has not been modified in some way by humans.
This understanding led to my Boren Fellowship to conduct research on climate-fragility issues in Mozambique. The Boren Fellowship is oriented toward security studies, so it really allowed me to combine my different areas of knowledge. I spent a year in Mozambique examining how climate change could affect the country’s stability. What I mean by this is that climate change, by increasing the likelihood of higher temperatures, flooding, unpredictable rainfall, and giant
cyclones (like Idai and Kenneth which struck within weeks of one another), food production can be devastated, prices for bread go up, and people get very angry and instability can result. This is not inevitable, but the more fragile a country is in the first place, -how popular it’s government is, how (in)competent that government is, existing poverty indicators- can determine what may happen. It is incredibly similar to what we are seeing with Covid-19 and countries around the world. Those with well-prepared safety nets are doing much better than those without.
This climate-fragility nexus seems to be my specialization now. It is fascinating, because it encompasses many disciplines, including security, migration, climate science, natural resource management, and development, to name a handful. Apparently, others agree with me, as I recently received the Fulbright to keep working on this topic in Senegal. There I will help the country augment its 3S (sustainability, stability and security) Initiative which recognizes that sustainably managing soils and forests gives people a reason to stay, not migrate to urban ghettos, attempt a dangerous journey to Europe or join radical organizations.
My work will help them design a marine 3S project to help revive the country’s coastal livelihoods which have also seen a mass exodus like that of the agricultural sector. Unfortunately, marine components are often ignored even though they employ a large part of coastal States’ populations and provide the majority of their protein intake.
Helping countries develop sustainably and deal with climate change is an investment in our own security and far more effective than the trillions poured into anti-terror campaigns.
Advice for students? Learn languages and use your free time to travel, not just for fun, but to research your interests. A different type of work gets done when you’re engaged for the sake of your own interest, not to fulfill a job or class requirement. 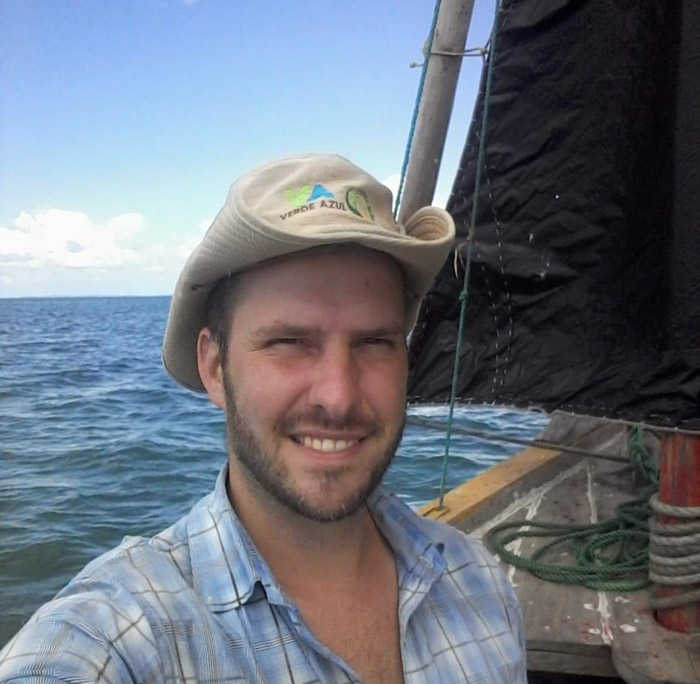 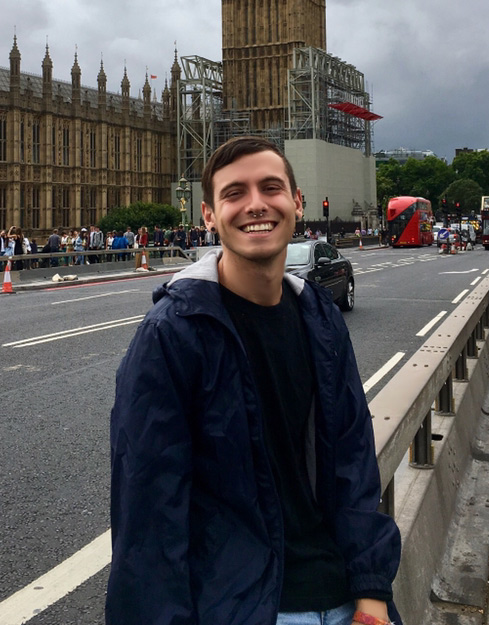 My name is Matthew Vogt and I am currently in my last semester in the Global Studies Degree at UWM. I am planning on pursuing my internship requirements for the degree program this summer at Clear Sky Farms in British Columbia, Canada. It is a large sustainable holistic monastery style farm where I will learn methods of running a sustainable business as well as peace building and mediation strategies. I am very grateful to be able to fund this opportunity through the Global Studies Internship Award! After I complete my internship and graduate with my double major of Global Studies (Sustainability Track) and Japanese, I plan on continuing my education at UWM and pursue the Master’s of Sustainable Peacebuilding program.

During my time completing my summer internship in Mexico, I decided to take a day
trip to Mexico City and visit the pyramids of Teotihuacan, or also known as the “Pyramids of the Sun”. It was nice to learn about the history of my ancestors and amazing to see what they had built.

I chose to complete my summer internship in Guadalajara, Mexico, one, because I have family and friends living there that I had not seen for over 10 years. Second, because I have never experienced a city lifestyle in Mexico. As a child, we would only pass through the cities, or see them from a far as we would drive to my mother’s childhood hometown. I had an amazing experience walking through the city, using it’s transportation and getting to see my friends and family after so many years. More importantly, I learned a lot from the internship, and met so many new wonderful people. I even got to see my favorite Mexican club soccer team play in their home stadium for the first time (hence the jersey). 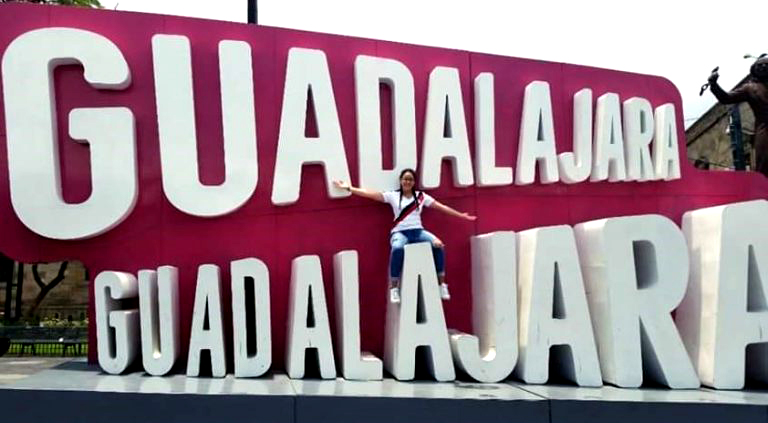 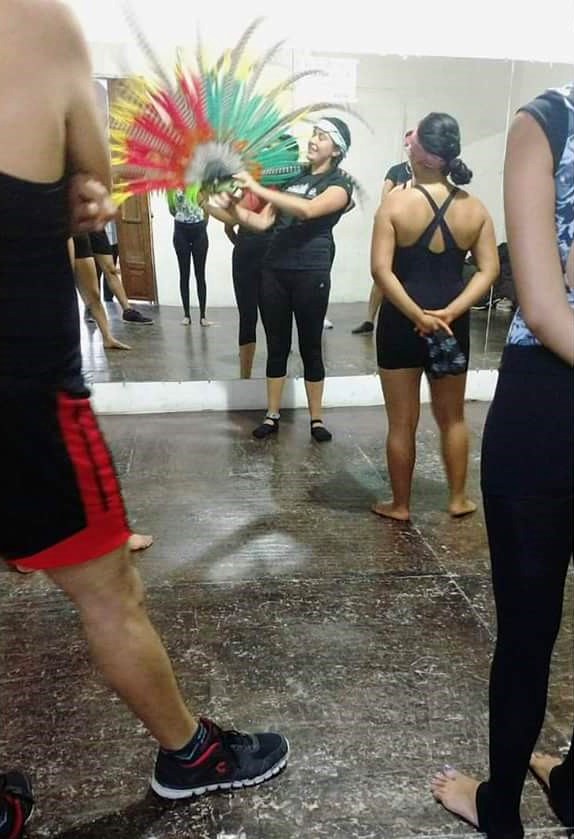 The amazing feeling that I was able to go to Mexico to teach Aztec dance to a dance group was amazing. Honestly, it is unheard of to see an American Mexican Folklore dancer go to Mexico to teach. What you see and hear are teachers from Mexico coming to the United States to teach us. To have been accepted into this group (Ballet Folklorico Nuevo Jalisco) was an amazing accomplishment. I learned so much from this experience. I am proud of myself, I am proud of my heritage, I am blessed to have been able to experience this, and thankful to have seen my family after so many long years. I owe this all to the Ian Elliot Scholarship. 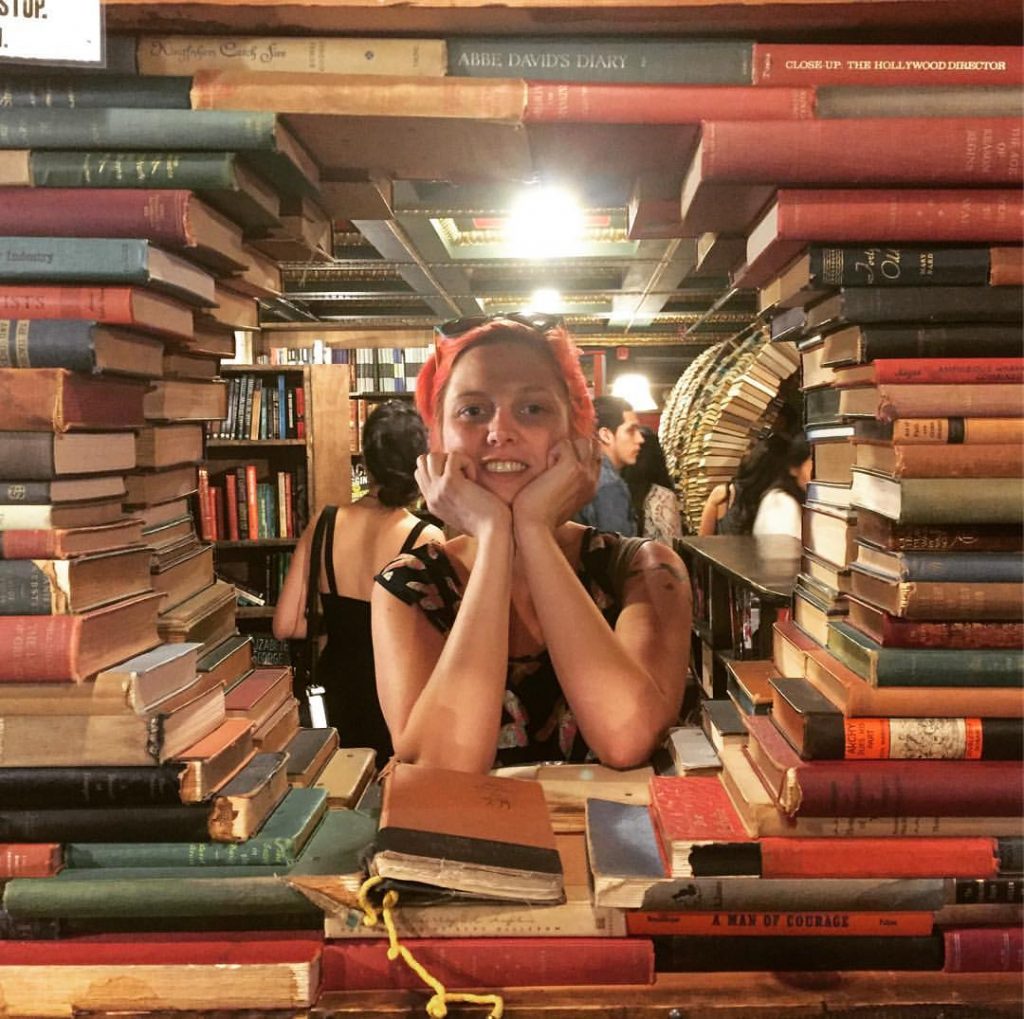 Hi! My name is Jasmine Viges and I am a Global Studies – Sustainability major! I returned to school at the age of 30 to finally get my bachelor’s degree in subjects that truly interest me, and what better degree than one that encompasses environmental science on a global scale. I was very excited to receive the Klotsche scholarship to help support my study abroad for my spring semester in Hong Kong. I am very thankful for being chosen as a recipient of this scholarship!