Thousands have lost jobs due to COVID-19, making it difficult if not impossible for them to pay rent, buy food and stay in school. The Chancellor’s Student Success Fund will provide a wide range of emergency financial assistance, including scholarships to keep students on the path to success. Please consider a gift to help UWM’s students in crisis
Give Now

From School of Ed to NASA 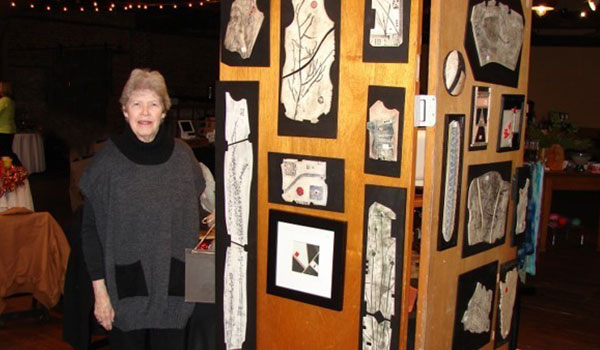 Marianne Luther took her degree from the School of Education from the classroom to the space program.

Luther, now retired and living in North Carolina, is still an active supporter of the School of Education. She recognizes the need for scholarships from her own experience.

“My scholarships were small ones, but everything helped,” she says.  “I very much appreciated that, since my parents weren’t really able to pay my expenses. Being first-generation immigrants, they had to start from scratch.”

Luther had emigrated from Germany in 1956 at age 14 with her parents. She vividly recalls the trip, because the family traveled on a Holland America Line ship at the time that the Stockholm and the Andrea Doria collided. The Stockholm had passed their ship just a few hours before that tragic accident.

The family settled in South Milwaukee, where her father took a job as a watchmaker and she graduated from South Milwaukee High School. When Luther’s father died shortly before she started college, she chose UWM to stay close to her widowed mother. “It turned out to be a very wise choice. My days at UWM were characterized by very hard academic work, but also lots of understanding and accommodation. ”

She particularly remembers how library personnel helped her balance her classes with a job at the library that helped pay expenses.

At UWM, she majored in secondary education with a focus on Latin and German, her native language.

After graduation in 1964, she started her teaching career, eventually marrying and moving to Florida.  She earned her master’s degree in linguistics at Florida Atlantic University.  While teaching for 18 years at the high school and as adjunct faculty at the university level, she also did some work as a translator.

That work eventually led to a job at Siemens Corporation, reviewing its dictionaries from around the world in German, English and Spanish.  “I don’t speak Spanish, but I was sufficiently familiar with the grammar to complete the task.”

A job as a technical writer for the Bendix Corporation led to an offer to help write the proposal for the Space Transportation Systems Operations Contract (STSOC) in Houston. When that contract was awarded, she became the supervisor for technical training and documentation at the Johnson Space Center (JSC).

“That was the beginning of my second career.”

At the space agency, Luther eventually became chief of the Astronaut Appearances Office.

With astronauts traveling all over the world, and visitors from other space agencies, she was able to use her language as well as public relations skills.

“You literally have to deal with the whole world and keep everybody happy,” Luther says. “I found that to be an amazing job. I loved it. It was very rewarding. I was working with a group of highly intelligent, creative humans.”

One experience she particularly remembers from that time was helping an astronaut who wanted to prepare a speech in German to present at a meeting of the European Space Agency (ESA) in Bonn, Germany.

“It had to be fairly carefully worded,” she recalls with a laugh, “because I didn’t want to start World War III.“

She didn’t hear anything back from the astronaut for a while, but when she ran into him at JSC, she asked him how it went.

“He rolled his eyes and said, ‘I got myself into hot water.’ Apparently he did such a good job of delivering the speech that the audience assumed he was fluent in German and peppered him with questions that he neither understood nor could answer. Fortunately, some of his ESA colleagues came to his rescue.”

“That was a good deed that didn’t turn out quite the way it was meant to be,” says Luther.

Now that Luther is retired, she still does some translations and occasionally even runs into fellow UWM alums visiting North Carolina.

She credits UWM with helping her prepare for both of her careers. “Over the years, my training and linguistic background and general ability to communicate with most types of people have really helped me.”

“The wonderful atmosphere at UWM I will never forget. I very much appreciate what UWM did for me, and I try to express my gratitude by sending a nice donation to the School of Education. The knowledge that I never would have been able to afford a university education in Germany sensitized me to the fact that there are current students just as much in need of assistance as I was. That realization and my ability to roll over funds from my RMD (required minimum distribution) motivated me to send a meaningful gift to my beloved alma mater.

By Kathy Quirk, School of Education