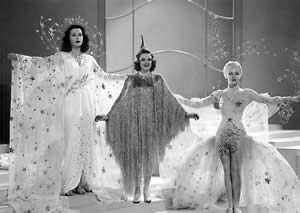 Join us for classic films at the Charles Allis Art Museum. Milwaukee film historian Dale E. Kuntz and UWM Film Studies major Matthew Sheldon present Movie Time Film Series every other Wednesday night at the Charles Allis Art Museum. (Download MovieTime Flyer Spring 2015) These films are special choices from Dale E. Kuntz’s collection of classic films from the 30s and 40s, and are shown on reel-to-reel 16mm film. Most of his films are not available on DVD.

Prior to each screening, Dale fascinates the audience with his vast knowledge of film history as he gives the inside scoop on each movie, including bizarre details about the stars and clues to help the audience spot little oddities that ended up in the film instead of on the cutting room floor.