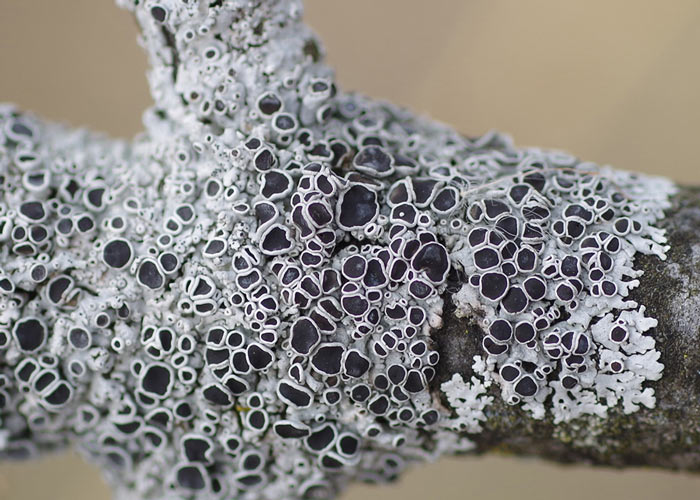 The BugLady is recovering (slowly) from some computer issues, her convalescence complicated by the fact that she doesn’t speak the language. This article is modified from one she wrote for the Winter, 2014 issue of The BogHaunter, newsletter of the Friends of the Cedarburg Bog. 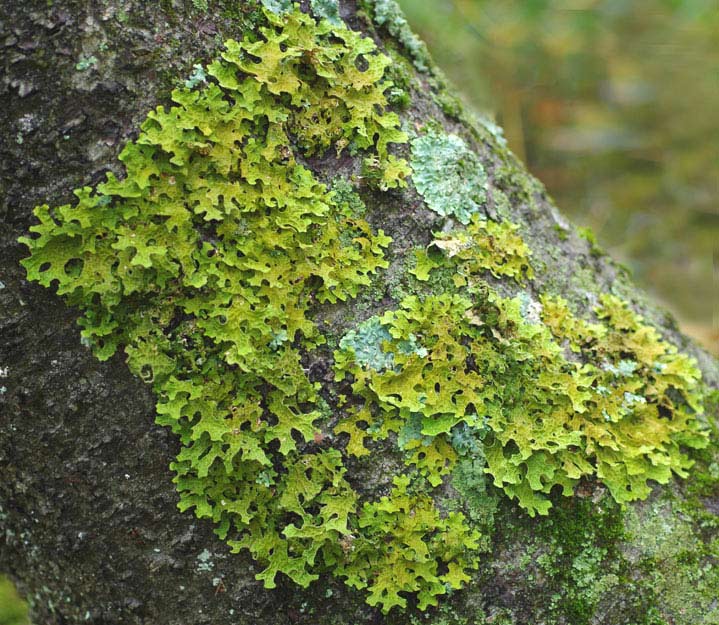 Naturalists take great glee in telling their audiences that “a lichen is a fungus and an alga that have taken a liken’ to each other.” Lichens are two organisms in one package—composite organisms—a fungus and (usually) an alga. If you had been reading about them a few decades ago, they would have been classified as non-flowering members of the Plant kingdom in their own taxonomic division. Today, because a fungus contributes the characteristic shape of most lichens, the majority of lichens are classified in the Fungus kingdom. Only about 20% of fungus species are able to “lichenized,” and a lichen fungus without its alga partner is formless. 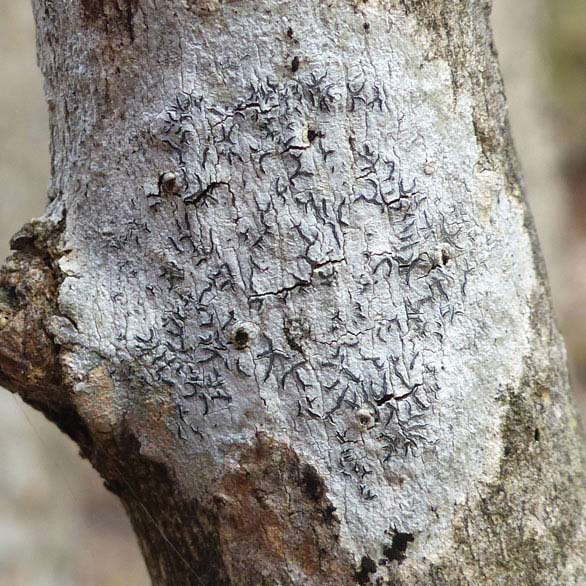 Most lichen fungi are very particular about who they partner with. Green and yellow-green algae, the typical algal partners, used to be classified as plants, too, but today are recognized as members of a large mish-mosh of generally tiny (but some as large as giant kelp), unicellular and multicellular, not-closely-related organisms that photosynthesize. Some lichens contain cyanobacteria, and others may house both. 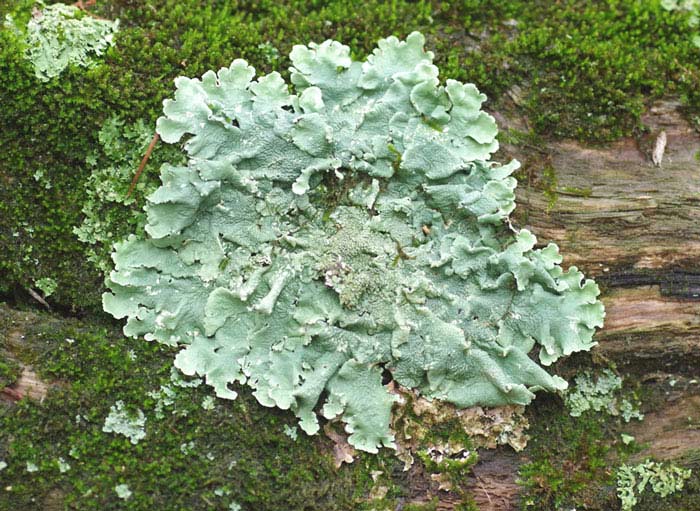 There are between 3,500 and 5,000 species of these often-overlooked organisms in North America and around 20,000 worldwide; and they are said to cover 6% of the earth’s surface. Fungi have been living the “lichen lifestyle” for a long time—possibly as long as 400 million years. They don’t fossilize readily. Visually, they are cataloged by growth form; the three most common groups are the

Ecologically, some prefer to grow on a substrate of rocks, others like tree trunks or logs and may be picky about the tree species that they sit on (they just sit—they’re not parasites), and some live on the ground. 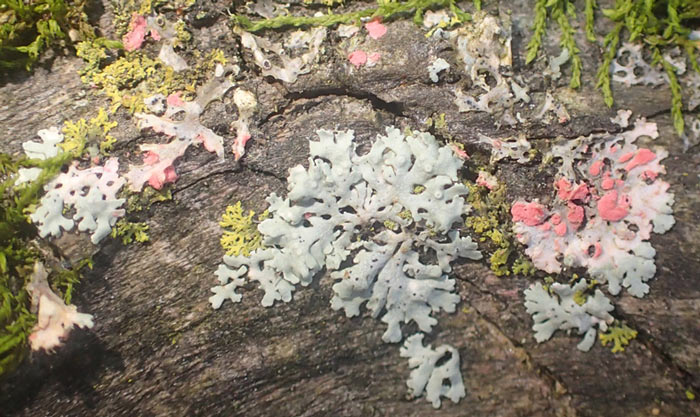 Calling them composite organisms actually may be underselling them a bit. In the rich vocabulary of ecology, they are holobionts . Essentially, each is a small ecosystem, a host with a collection of closely-associated viruses, bacteria, fungi, and primitive single-celled critters on board.

The biology of lichens is complex, and the BugLady suggests starting with the well-illustrated Lichens of the North Woods by Joe Walewski (No, the BugLady doesn’t get a kick-back from her frequent recommendations of the North Woods series).  One thing that lichenologists, who seem to enjoy a good argument, agree on is that even with today’s scientific tools, the more we study lichens, the more questions we raise. 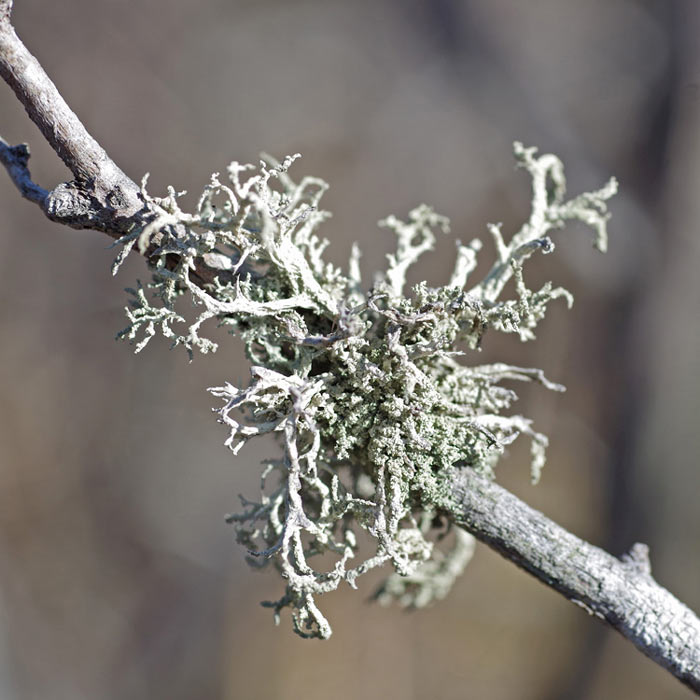 Lichens can take root just about anywhere and can tolerate some pretty extreme climates. They’ve even been grown in simulated Martian conditions. They survive drought and heat by suspending metabolism, but, according to Walewski, some species continue to photosynthesize even after temperatures drop below freezing. 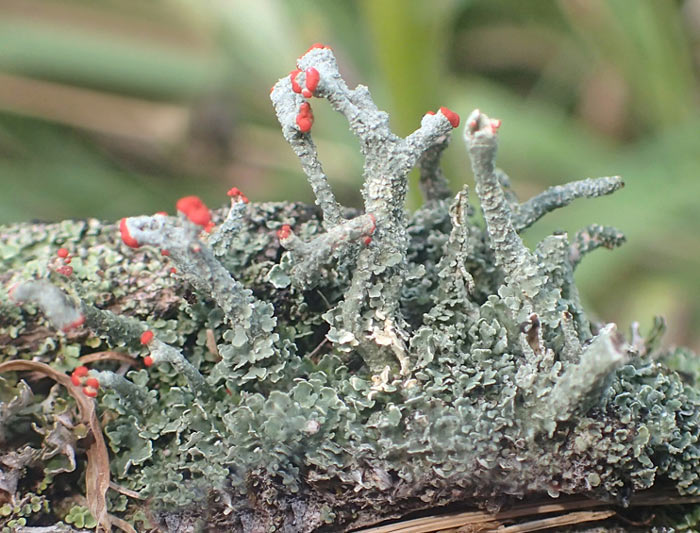 They are pioneer plants, often the first to grow on bare earth or rocks, and they are soil-makers, penetrating the rock surface minutely and allowing moisture to enter, moisture that freezes and ultimately cracks off tiny rock flakes. They grow slowly and may live for a long time (a crustose lichen in the Arctic may be 8,600 years old), but eventually, their decay adds organic matter to the surface and enables the later stages of succession—mosses, grasses, wildflowers, and trees. Cyanobacteria are nitrogen-fixers that contribute to the fertility of the soil. 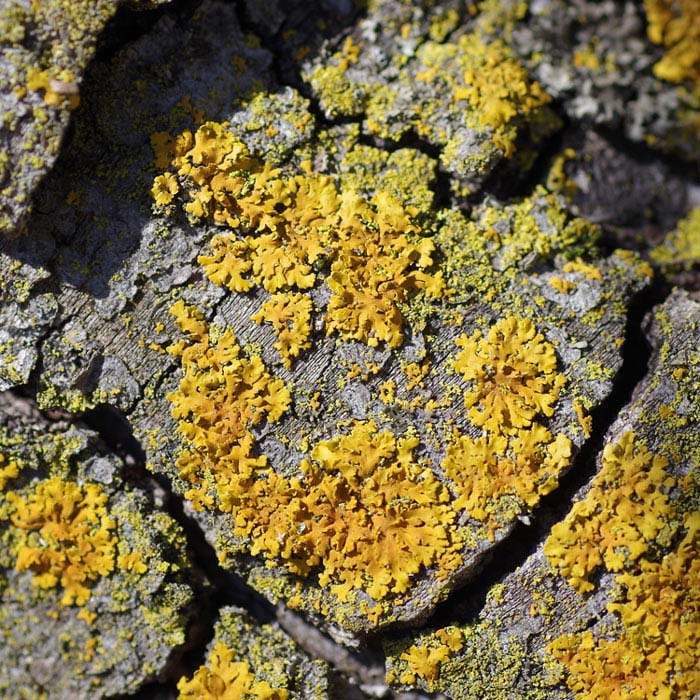 How do they work? The fungus provides structure and attachment, and it absorbs moisture and nutrients, primarily from the atmosphere. It absorbs water and impurities indiscriminately, and some species, sensitive to air pollution, are considered indicators of air quality. The alga also gets water and minerals from the air, and the food it makes through photosynthesis is used by both partners. 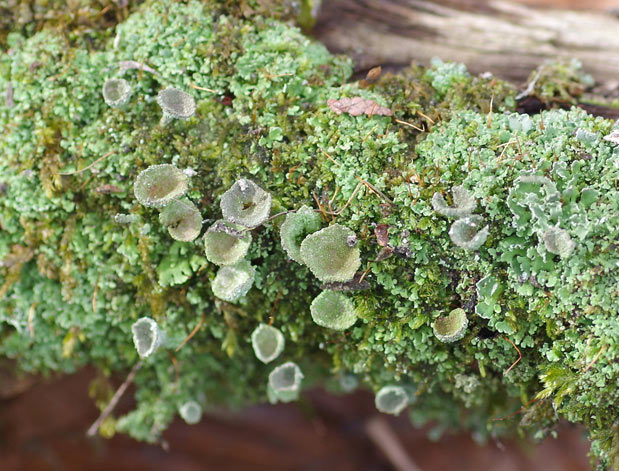 This win/win partnership is often labeled as mutualism, a relationship from which both partners benefit. Because the algal partner can exist in nature without the fungus, but not vice-versa, some scientists call it commensalism, a relationship in which one partner benefits, and the other is unaffected.

Lichens can reproduce sexually or asexually/vegetatively. Vegetative lichen reproductive structures are little starter kits that contain cells of both (all) partners. They may be special structures (diaspores—algal material in fungal wrappers) produced and released by the lichen, or they may simply be a piece of the existing lichen that breaks off and grows where it falls. Less commonly, lichens reproduce sexually, just like a mushroom, making spores that carry only the genetic material of the fungus. It’s a chancy proposition, since the fungal spores must come in contact with the appropriate algae in order to grow. The alga within the fungus can only reproduce asexually. 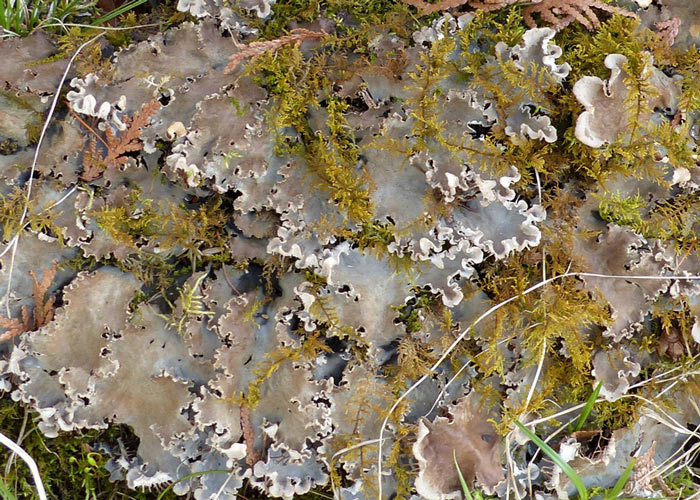 Lichens do not go unnoticed by wildlife. Northern Parula Warblers and Ruby-throated Hummingbirds incorporate them into their nests, and lichens (which are protein-poor but carbohydrate-rich) are eaten by a variety of insects, snails, slugs, deer and reindeer. Wikipedia tell us that “Lichens are also used by the Northern flying squirrel for nesting, food, and a water source during winter.” Humans use them as an emergency food. (George Washington’s troops at Valley Forge ate a soup made with rock tripe lichens) The secondary compounds made by these “simple plants,” mainly for their own protection, turn out to be useful to us as dyes and as medicines – including antibiotic and antiseptic agents (because it looks like a lung, Lobaria pulmonaria was used to treat respiratory ailments). 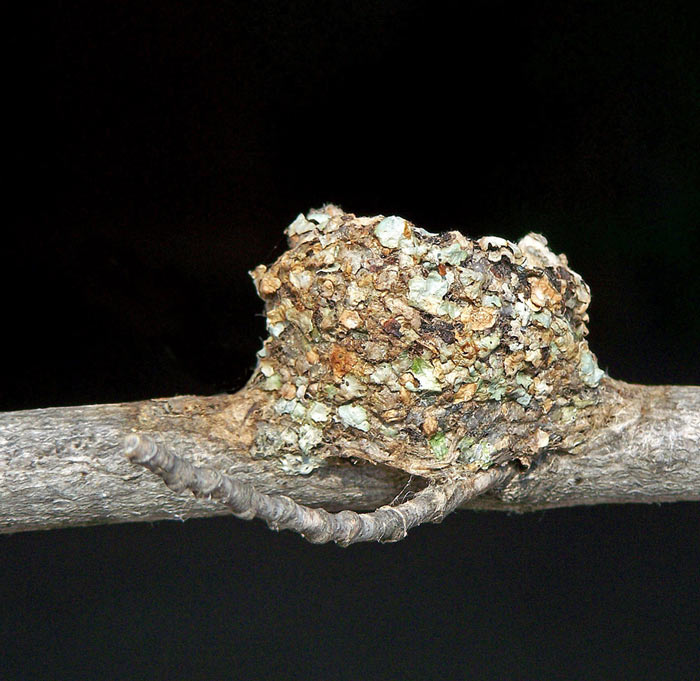 Welewski quotes a lichenologist who describes lichens as “a fungus that has discovered agriculture.”

The winter landscape is a good place to discover lichens because they’re not hidden by leaves. Go outside. Take a hand lens. Look at lichens.