The water lily community has many stories to tell, but the BugLady will wait until water lily season to tell most of them. Here’s a “teaser” about some awesome little bugs that she met for the first time last summer. They are Water lily/Pond lily Planthoppers (Megamelus davisi), known in more rarified circles as the Davis’s Megamelus. 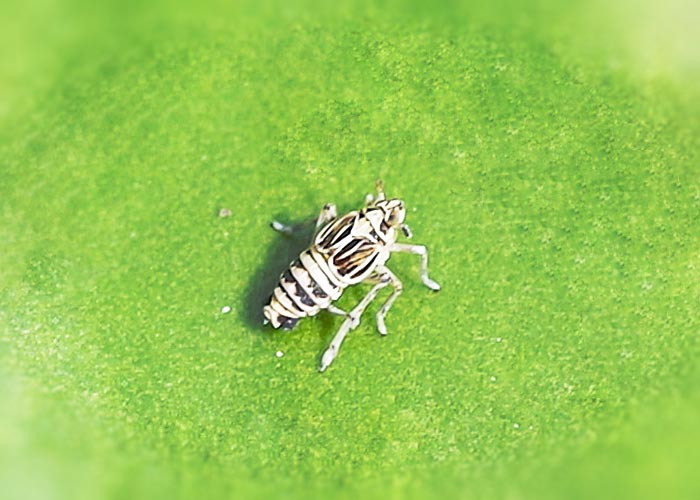 At first, the BugLady thought they were nymphs, because of their short wing pads, but these are adults. Adult WLPs come in either reduced-winged (brachypterous) or long-winged models (there’s a longer-winged adult on the left side in one of the pictures), and the brachypterous form seems to predominate. A few of the water lilies hosted masses of WLPs, just before the leaves started to disintegrate; they disappeared within a week or so, but whether they lived out their appointed days or simply moved around a bit, the BugLady cannot say.

WLPs are found in the eastern half of the U.S. (and the species has made a surprise appearance in Hawaii). They like ponds and extremely slow streams where white water lilies (genus Nymphaea) grow, and they are also found on the unrelated broad-leaved pondweed (Potamogeton natans). Most of their relatives in the family Delphacidae feed on grasses, but WLPs eat any part of the water lilies or pondweeds that stick up above the water line. Their nymphs are meals for ravenous water treaders (Mesovelia sp.), and their eggs are parasitized by an assortment of flies and wasps. One wasp, with the lovely name of Polynema ema(yes, they did make that up), has a range that exactly matches that of the WLP, having been introduced to Hawaii to eat WLPs there. They are also noted in a website dedicated to “Flyfishing Entomology,” although duplicating a fish food that is less than a quarter-inch long would take dedication, indeed. 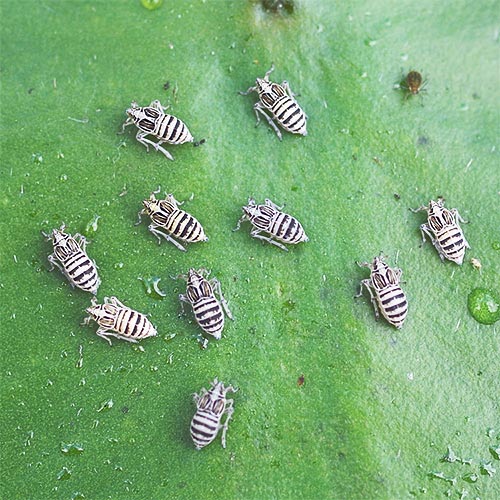 So, what is this little critter famous for? First, members of the genus are outfitted with spurs on their hind tibias (shins), and in the WLP, the spurs are described as “large,” “moveable,” and even “paddle-like” flaps (calcars). There are any number of guesses about what these flaps do for the WLP. Are they oars that help WLPs move across the water to new plants? Are they skates? Maybe, according to a note in the 1923 Bulletin – State Geological and Natural History Survey of Connecticut, “its large spurs undoubtedly support it when, by a mischance, it lands on the water.” Or, queried the Bulletin of the Buffalo Society of Natural Sciences (Vol. 5, 1886 – 97), “Is not the large, foliaceous spur in this species an adaptation of Nature to enable these insects to leap more readily from the surface of the water, about which they make their home?”

Second, in the “When we try to pick out anything by itself, we find it hitched to everything else in the Universe” category, consider the planthopper-frog connection that has been documented in New York State. Northern cricket frogs (Acris crepitans) love to eat WLPs during the summer (they like aquatic springtails, too). WLPs are also the primary food of cricket frogs as the frogs prepare for their own fall migrations to wintering sites. According to the terrific New York State Conservationist magazine, “a single cricket frog might spend several hours on one lily pad, devouring planthoppers as they move by the thousands over a lily pad.” 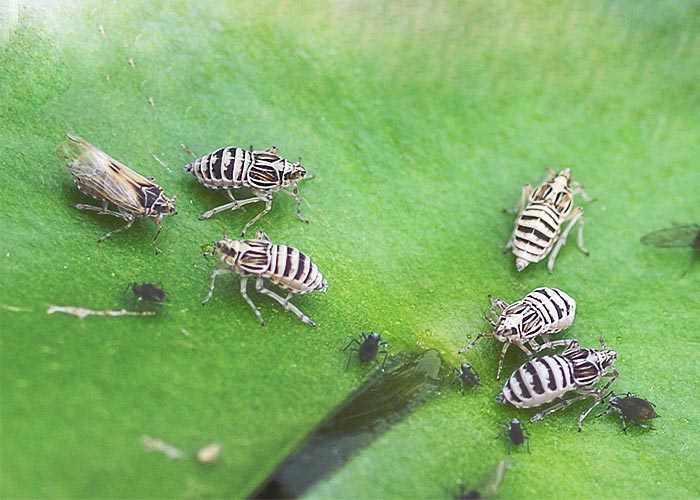 In a paper called “Species decline in an outwardly healthy habitat,” forensic ecologist Jay Westerveld describes the crash of Northern cricket frog populations over much of New York State. It seems that aerial spraying for gypsy moths in the 1970’s wiped out entire populations of WLPs. When cricket frog numbers plummeted, investigators noted that they could find no WLPs where they had once been plentiful. Since spraying isn’t done over public water supply areas, pockets of cricket frogs remain in some wetlands adjacent to reservoirs. Westervelt makes the point that the WLP is a habitat specialist, and the Northern cricket frog is a food specialist. Because the majority of WLPs are wingless, natural recolonization by the species is painfully slow, and the bugs may need to be re-introduced in order for the frog to rebound.

Forensic ecologist. The BugLady is visualizing the TV series.