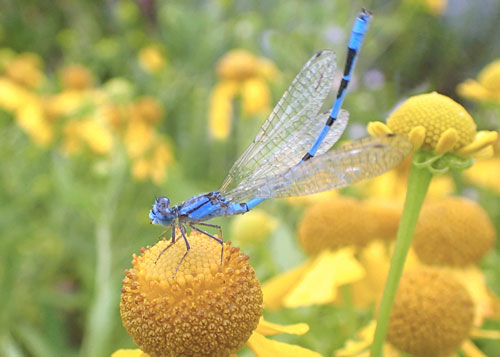 Seasoned BugFans know that the BugLady can’t go too long without writing about Odonates.

Quick review: Dragonflies and damselflies are in the order Odonata. Dragonflies tend to be bigger and bulkier than damselflies, with wrap-around eyes that touch at the top of the head in most families, and with wings that are held out at about 90 degrees at rest. Damselflies tend to be slimmer and smaller (though our longest damsels are longer than our smallest dragons), with eyes on the sides of their heads like a hammerhead shark, and with wings held over their backs or in a “V” at rest. They’ve been around for more than 250 million years.

Bluets are damselflies in the Narrow-Winged/Pond Damsel family Coenagrionidae.  As a group, the Narrow-Winged damselflies are found near a variety of permanent, unpolluted wetlands with still-to-slow waters. They mostly lay their eggs in submerged vegetation, and their aquatic offspring, naiads (“nymphs” if you must, but never “larvae”) clamber around in underwater debris or on plants, ambushing the small invertebrates that swim by. Adults are often found in or on the edges of stands of grasses, cattails, reeds, etc., where they are concealed from their predators which include larger damselflies and dragonflies. They prey on flying insects, and their forays are usually short ones.

Coenagrionidae is a big family of small damselflies (3,000 species—135 in North America), represented in Wisconsin by dancers, forktails, bluets and sprites. The BugLady wandered through the other genera of Pond damsels recently, and it took her breath away. Visit the links below to view these other Pond damsels. (Note: all links in the list below will leave this site.)

Many bluets are habitat generalists, but others are specialists. Although they’re sometimes found far from water, they mostly live near the wetland that produced them. Some male bluets are easy to identify, like this amazing Vesper Bluet [leaves site], but most are not… unless you have a net and a hand lens with which to view the claspers/terminal appendages. Photographs are usually inadequate for the task, so the BugLady has a big collection of “bluet X” pictures and because photographers like to label their pictures, she undoubtedly has some hastily-identified bluet pictures as well. Females, less flashy than males, can be even more confusing. They often come in a few color forms, and some individuals even have male coloration.

Visually (for “ease” in identification, not taxonomically) the three dozen or so species of bluets in the American bluet genus Enallagma are divided into four groups, based on the amount of blue on the male’s abdomen:

Seventeen genus members occur in Wisconsin, plus two species of Eurasian bluets in the genus Coenagrion.

Remember, there isn’t any blue pigment. A bluet’s blue is structural. Light bounces off special cells under the cuticle, and the wavelength our eye receives it as is aqua blue.

Without further ado, here are three common damsels that brighten the BugLady’s path from early-summer through mid-fall: 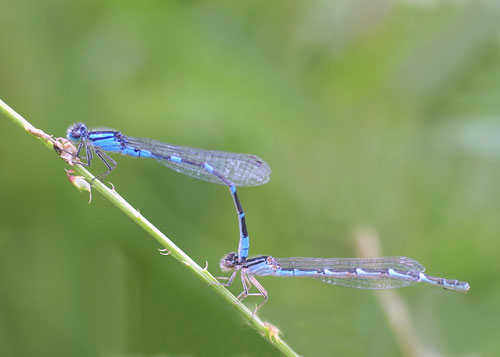 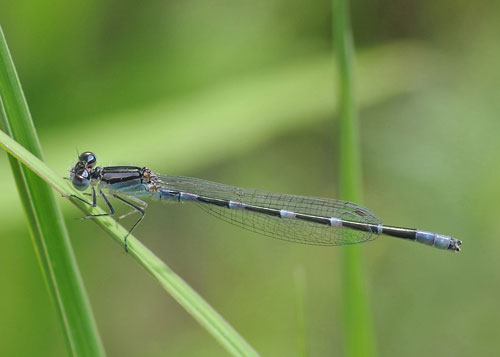 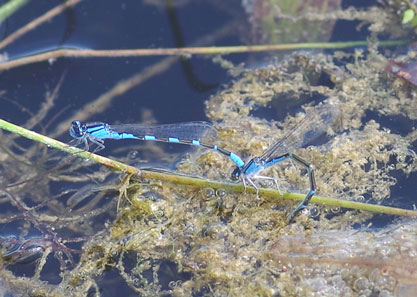 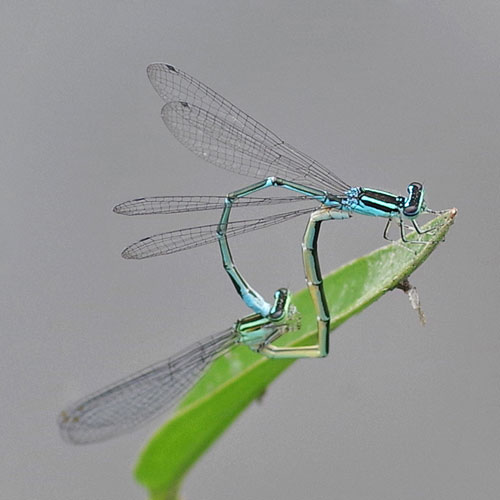 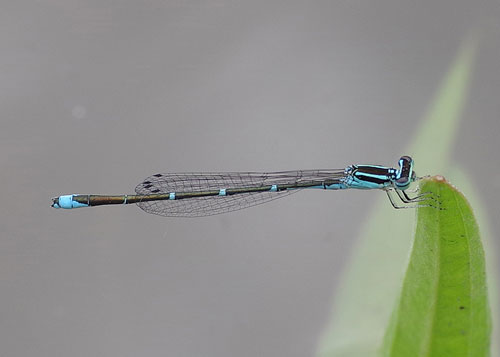 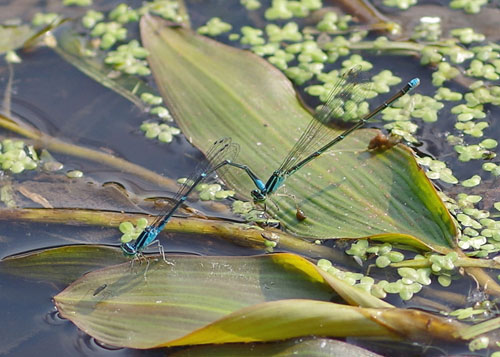 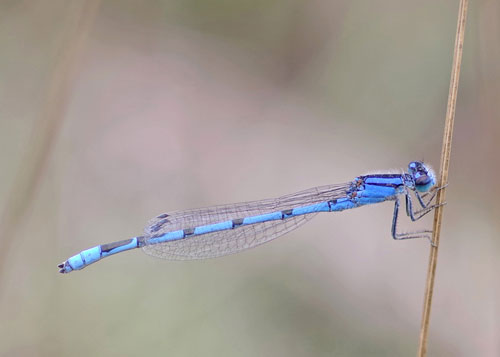 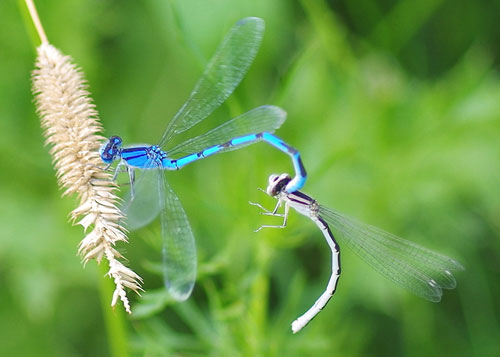 Like those of the Tule and Stream Bluets, Familiar Bluet eggs hatch quickly, the youngsters grow fast, and they overwinter as late-stage naiads.

The BugLady gives Thanks for damselflies.