Greetings of the Season, BugFans

“The Twelve Days of Christmas” is an English carol that was probably borrowed from the French and that was originally an acapella chant/call-and-response/children’s memory game. There’s an alternative explanation about the various lords, rings, etc. being Christian code words for catechism during a time of religious repression, which seems a bit like playing Beatles songs backwards). It first appeared in writing in 1780, and there were (and still are) many variations of it, though the words were more-or-less standardized when an official melody was finally written for it in 1909 (and the insect verse was, alas, omitted).

Listen to the The Twelve Days of Christmas song so you can hold your own in Holiday Trivia at parties (I’ll take Christmas Songs for $300, Alex). With apologies to all those Lords a’ Leaping, it’s time once again to celebrate a year of bugs with this baker’s dozen collection of the beautiful, the odd, and the mysterious. Gifts. Right under our noses. All the time.

If you Google “weevils,” you don’t even have to open one of the websites to get the gist of its message—“Weevils are pretty disgusting and no one wants them around. If you’ve got ’em, get rid of them with the advice here, because they’re kind of gross.” The BugLady not-so-respectfully disagrees. 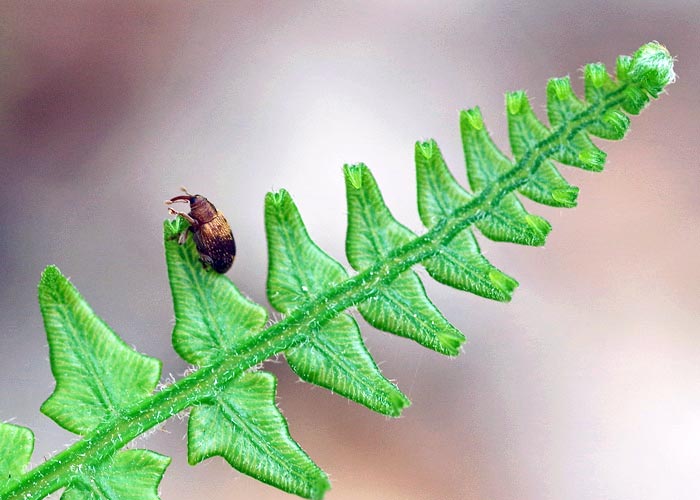 It’s always a treat to spot one of these guys, trucking along in a decidedly un-camouflaged (aposematically-colored) fashion. They move pretty fast, considering their small legs and the mountainous terrain. 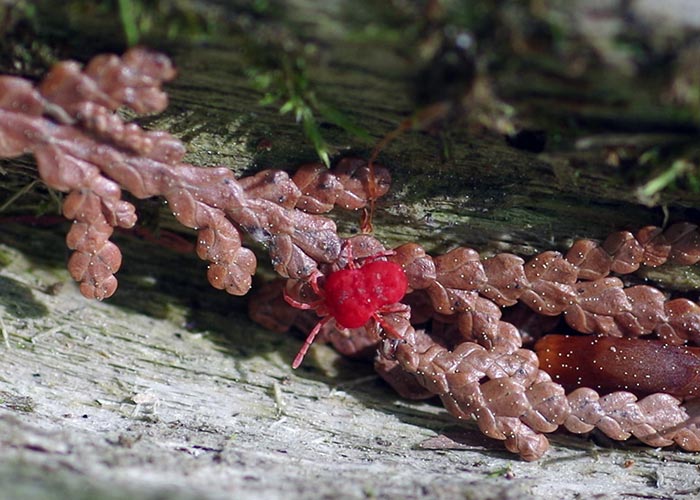 What a lovely surprise during a hot day along the river, looking for Arrow clubtails. 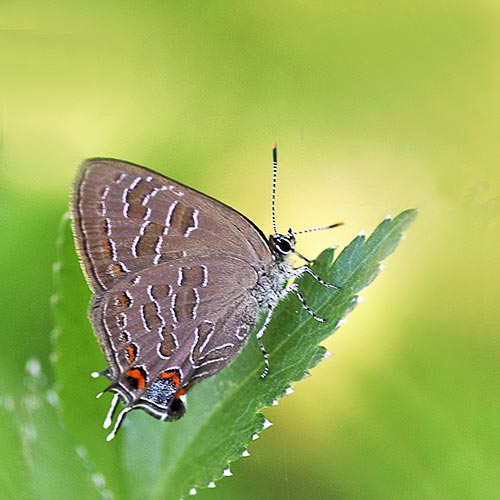 A large mayfly with long cerci hanging down, probably in the genus Hexagenia. Mayflies hatch, sometimes in biblical numbers, forming swarms that may be so dense that they show up on radar. After spending a year as aquatic naiads, they grace the air for only a day or two before tucking their eggs below the water’s surface and dying. Ephemeral, indeed. 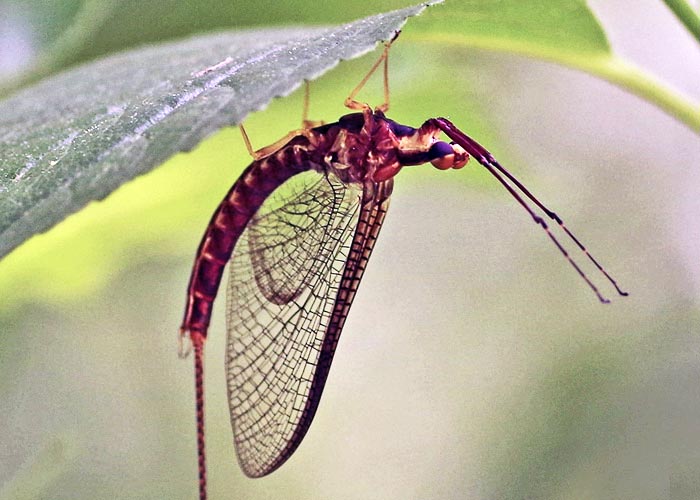 The BugLady thinks moss spore capsules are fascinating and she has way too many pictures of them. After photographing this small clump of moss, she checked the image on the camera’s screen and saw the midge. Rerum natura nusquam magis quam in minimis tota est (“Nature is nowhere as great as in its smallest,” Pliny the Elder, 23–79 A.D.). 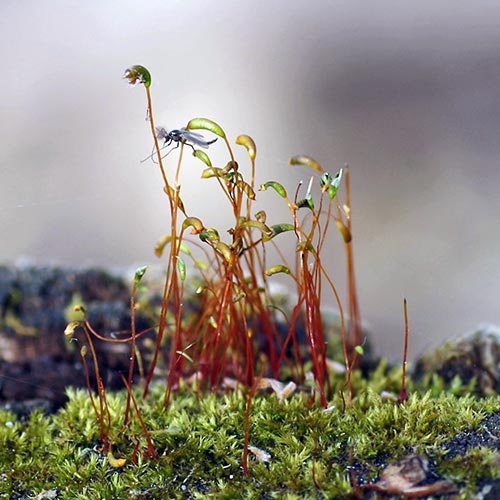 Biological control in action. One less caterpillar to menace the grasses. This is not one of the familiar goldenrod crab spiders that camouflages itself by making—and then reabsorbing—yellow pigment; it looks like a Ground crab spider in the genus Xysticus. 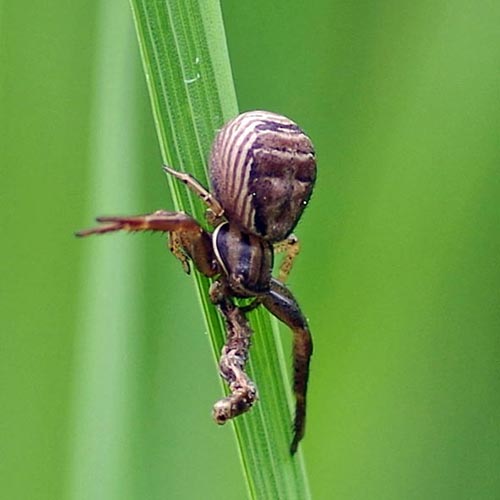 Pennants are some of the BugLady’s favorite dragonflies. Like the little flags they are named after, they stream off the tops of vegetation in the breeze. While the wings of many dragonflies seem rigidly fixed (one of the characteristics that distinguishes dragonflies from damselflies is, after all, that dragons hold their wings stiffly out to the side), the pennants didn’t get the memo, and their four wings often occupy four different planes. 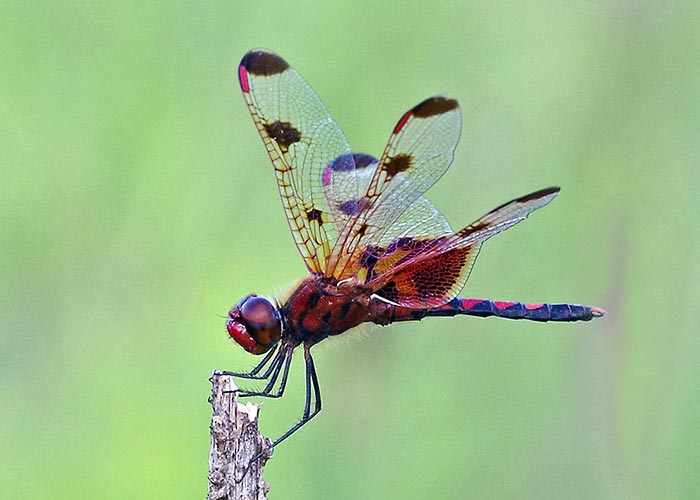 The non-native bee that was brought over by the (non-native) Colonists in 1622 to pollinate the non-native crops that they also brought with them (Native Americans reportedly called it “White man’s fly”). It does a yeoman’s job, sometimes with great grace. 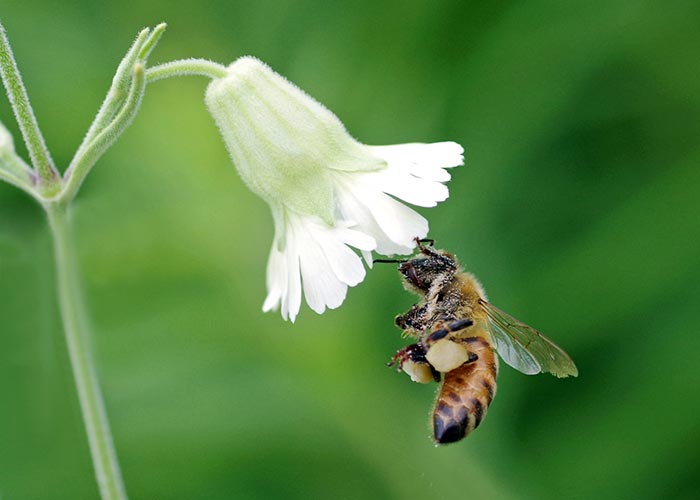 A honeybee mimic in the hover/flower/syrphid fly family, probably in the genus Eristalis. The BugLady has photographed drone flies before, but she’s never gotten one from quite this angle, and, well, it has a haunting face. 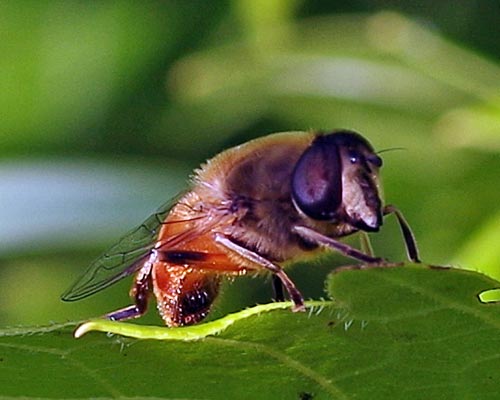 Bumblebees are the only insect that is muscly enough to push into and pollinate some flowers. They climb into Fringed gentians head first, and then they back out (this one was on its way out). 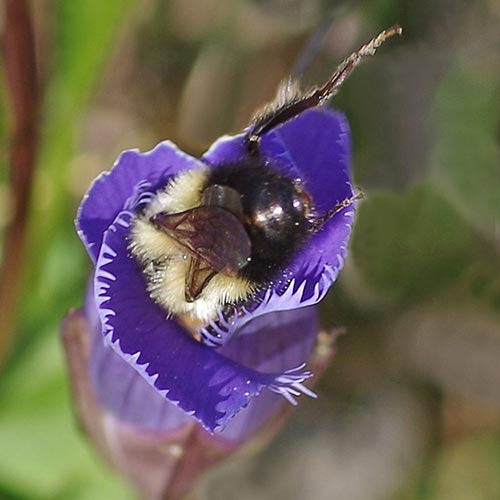 The BugLady isn’t sure what the story is, here. The spider was suspended from a compass plant flower, about seven feet above the ground, with a shed skin immediately below it and a small, dark bundle near its head. Did it just climb out of its old skin? Did it just dine on the spider that climbed out of that skin? Did it just shed and then find and wrap a small meal? 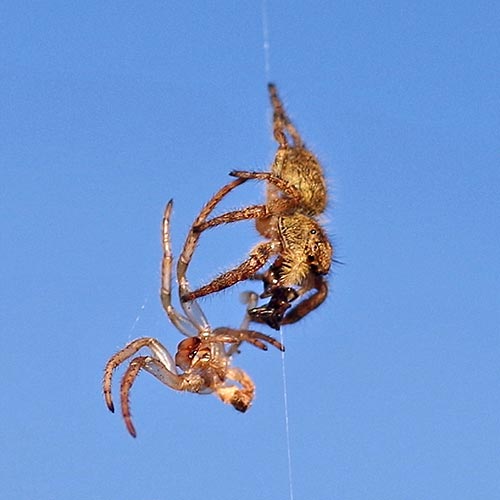 The Last Goldenrod in Town

Forest Beach Migratory Preserve on a windy day at the very end of October, and not another flower in bloom anywhere! Hover flies, paper wasps, clover moths, sweat bees, flesh flies, blue bottle flies, honeybees, drone flies, leaf-cutter bees, possibly tiphiid wasps, and a couple of players to be named later. “This is the last. This is the last. Hurry, hurry, this is the last.” 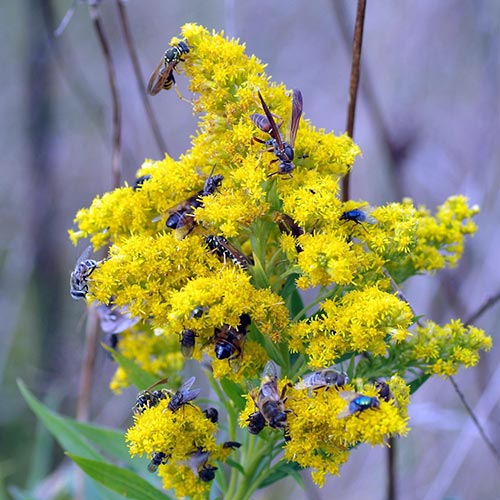 No, the BugLady has no idea! But, wow! Exquisite! 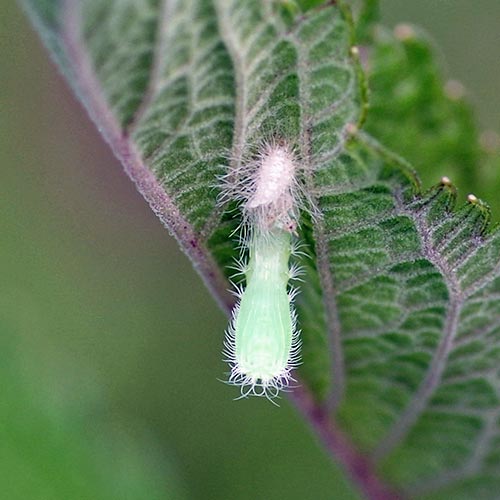 Keep those Sugarplums dancing in your heads.