As always, we pause to celebrate (while humming seasonal songs and drinking eggy, adult beverages), the Twelve Bugs of Christmas (plus one) – a baker’s dozen of bugs, many of whom have already starred in their own BOTWs but who posed nicely for the BugLady this year. 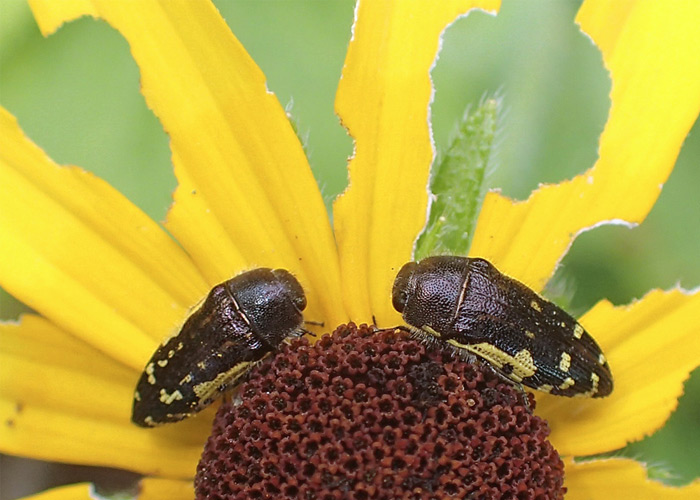 Acmaeodora pulchella – The BugLady is no fan of symmetry, and she likes that the lack of it in this picture creeps up on you. The bookend beetles are called Spotted/Yellow-marked flower beetles (Acmaeodora pulchella–“pulchellos” being Latin for “beautiful”), in the metallic wood borer family Buprestidae. 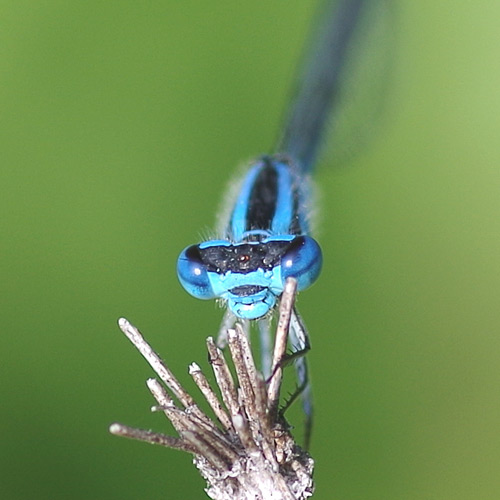 Praying mantis – There are some bugs that seem, well, just a little improbable, and there are some bugs that are really easy to anthropomorphize. Praying mantises check both boxes. Remember, the spelling of their name comes from their devout posture, not from the predatory aspect of those raptorial front legs. This graceful youngster was photographed in southern Ohio. Here’s a praying mantis bedtime story for your enjoyment https://thedragonflywoman.com/tag/mantids/. 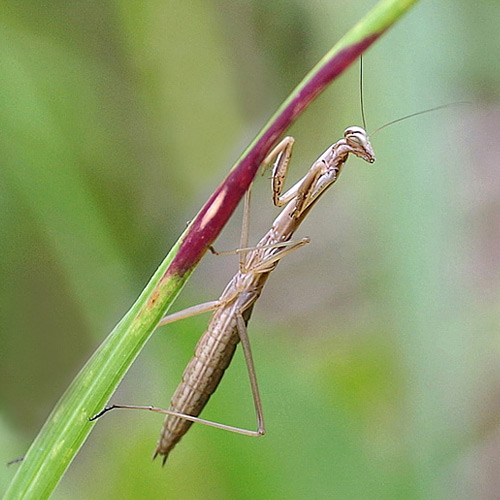 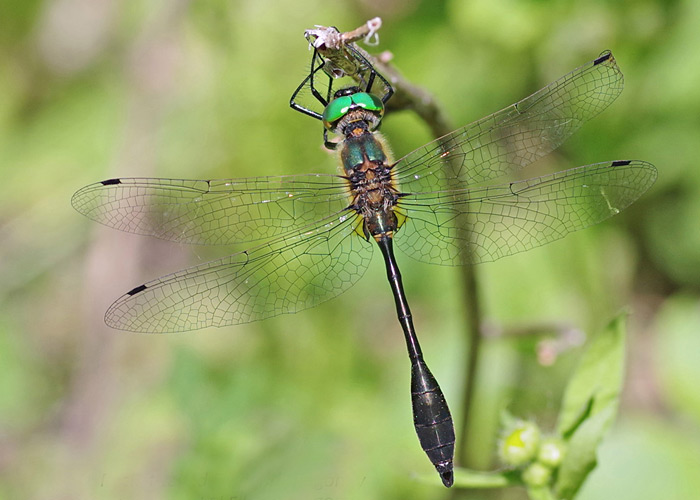 A Racket-tailed Emerald dragonfly hangs from a twig like a small ornament. 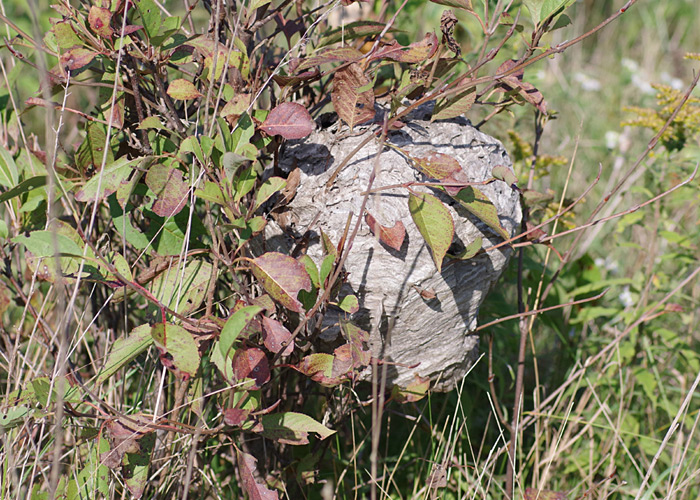 This Bald-faced Hornet nest is 10 feet off a trail that the BugLady uses pretty often, and she walked past it without noticing it until fall, when some leaves dropped off the shrub and revealed it, like a present being unwrapped. That’s the down-side of Bald-faced hornets – you can get pretty darn close to their paper abode before you see it, and they defend it vigorously (and, no, pitching rocks at it from a distance is not an alternative for the curious – they will find you). 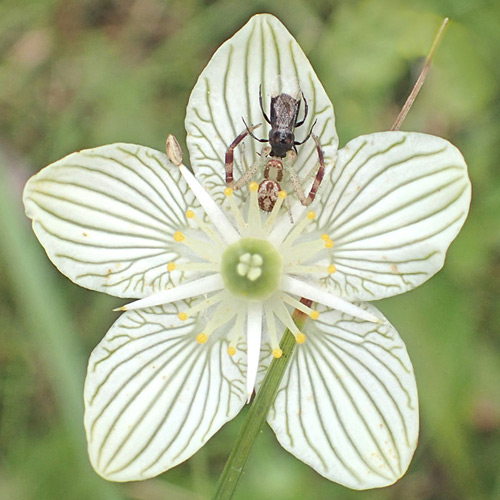 Crab spider – There are two nifty bits of camouflage going on here. First, the eternal wonder of a crab spider finding just the right spot to sit. Second, the “fly” that this spider has snagged is actually a beetle named Ripiphorus (of previous BOTW fame https://uwm.edu/field-station/its-a-beetle-really/). The BugLady has no idea why it would be an advantage to look like a fly. 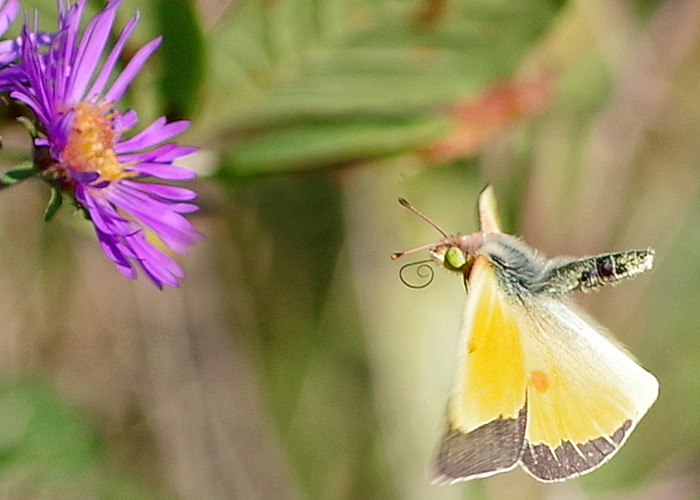 Orange Sulphur Butterfly – Occasionally (and, in the BugLady’s case, mainly by accident) the planets line up and you get something like this – an almost-in-focus Orange Sulphur coming in to feed on New England aster.

Red-belted Bumblebee – Although she is not very good at identifying them, the BugLady surely loves taking pictures of bumblebees. There were lots of sightings this summer of the federally-endangered Rusty-patched Bumblebee (more about that in a future BOTW). The BugLady’s walks are going to take a whole lot longer if she’s checking the rear ends of every bumblebee she finds! 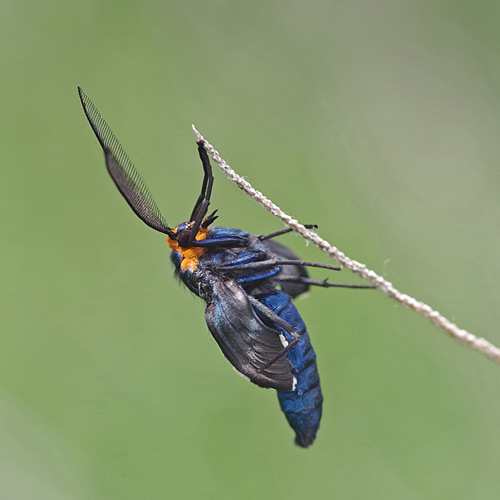 Virginia Ctenucha moth – This striking moth was just starting to unfurl its wings. Here’s what the finished product looks like https://bugguide.net/node/view/1536346/bgimage. 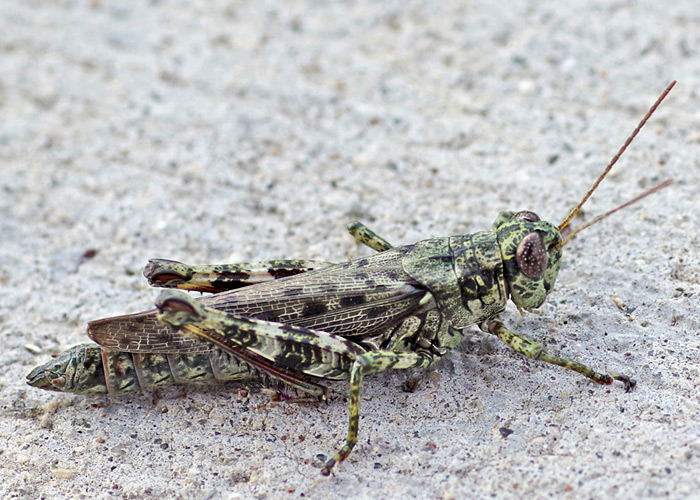 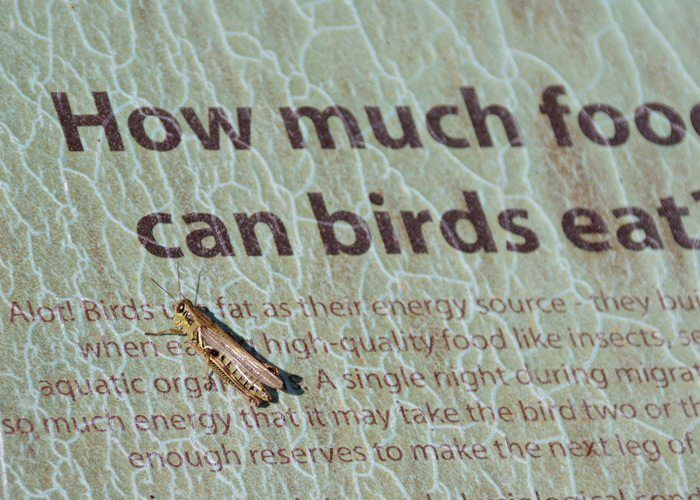 Sign-reading Grasshopper – That being said, she hopes that this Differential grasshopper finishes reading and moves on before it becomes a statistic. 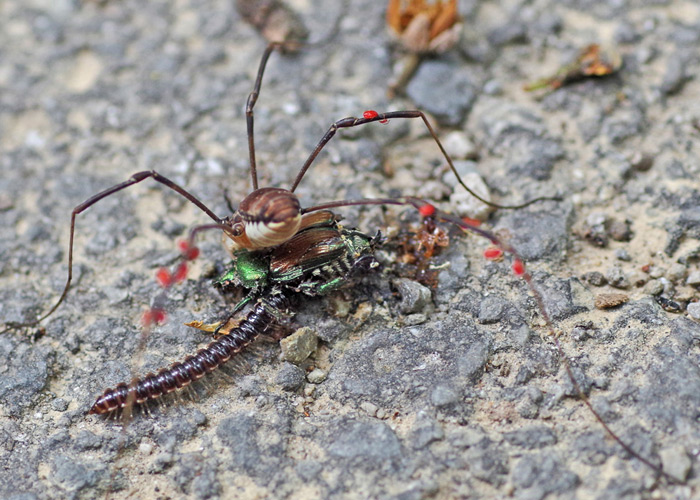 DOR in Ohio – The BugLady found this foursome in the middle of a country road in Ohio after a dark and stormy night. The main attraction is a shiny, green, road-kill Japanese beetle. It’s being attended by a scavenging millipede and a daddy longlegs, both of whom are there for the free (and tenderized) protein. The fourth member of the quartet? Those tiny red ornaments on the daddy longlegs’ legs are mites that are acting like ticks (“So, naturalists observe, a flea/Has smaller fleas that on him prey;/And these have smaller still to bite ’em,/And so proceed ad infinitum…..” Jonathan Swift). 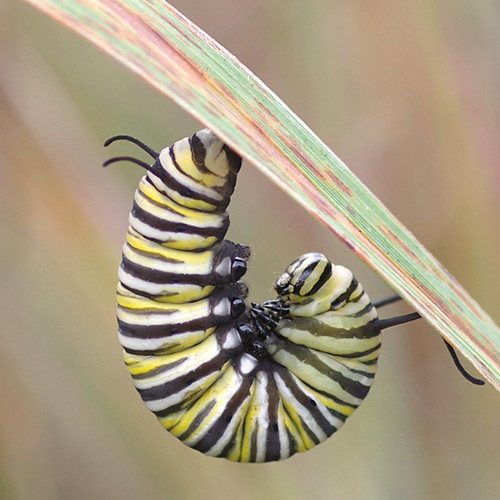 A Monarch Caterpillar contemplating the miraculous road ahead of it https://uwm.edu/field-station/pupal-cases/.

May your holiday season be bursting with warmth and family and friends and festivities and music.

And now for Something a Little Different V – To Sleep, Perchance to Dream