In lieu of the usual bug biography, the BugLady presents The Twelve Bugs of Christmas—a tribute to a dozen insects (a Baker’s Dozen, really) that were photographed this year but not featured in a BOTW. Let the singing commence.

On the twelfth day of Christmas, the BugLady gave to me:

OK—the BugLady can’t sustain that, but BugFans may hum along on their own. 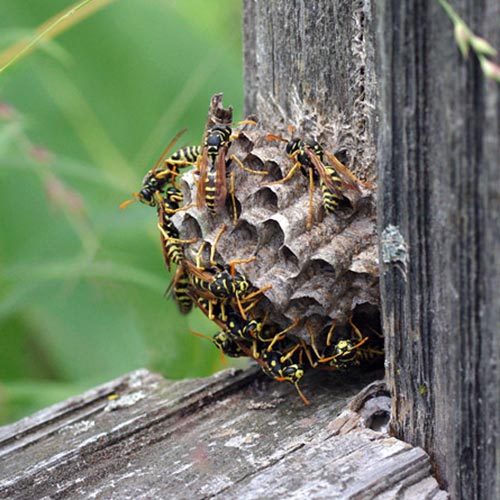 Admired even by Arachnophobes, they can leap distances up to 50 times their length, though they unfurl a “dragline” for safety as they go. This one answers to the name of Phidippus clarus. 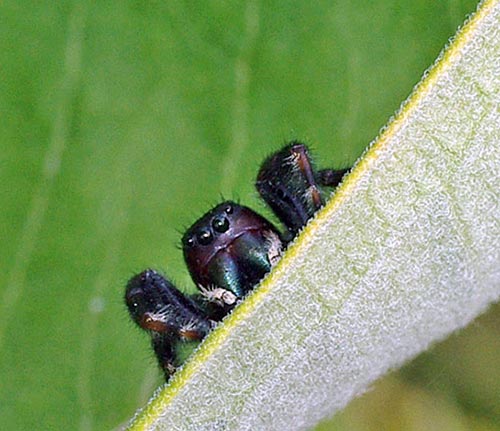 And that’s why they’re called “Pollinators.” 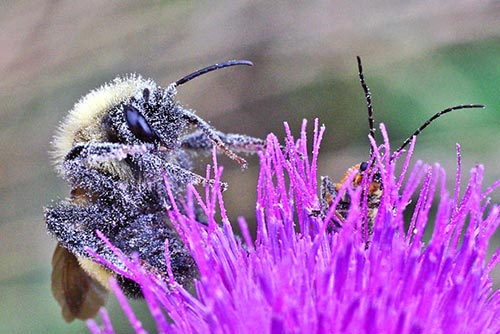 Before they are Masters of the Air, immature darners, called naiads, creep about underwater. Naiads leave the water at night to begin their transformation (fewer predators, moister air), leaving shed skins (exuviae) and a glint of sunshine on wings for late-risers to discover. 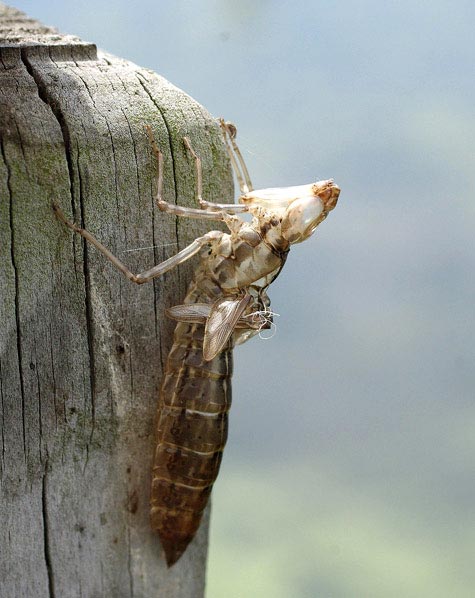 A warm, spring day; a small, early predator; a beautiful spot for an ambush. 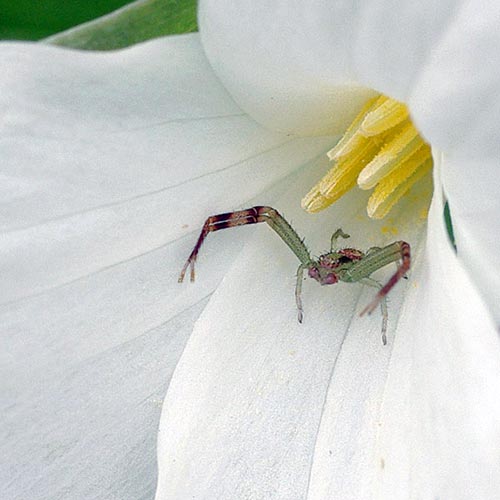 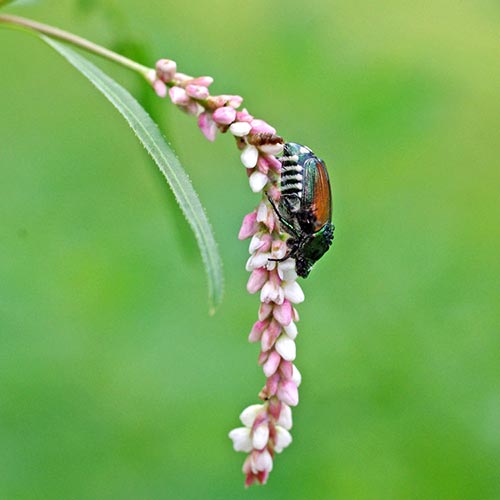 They sometimes come in non-camo pink. This lovely plant-feeding leaf-mimic has the Best Nymph Ever! Looks like an Arthur Rackham drawing the BugLady saw once. 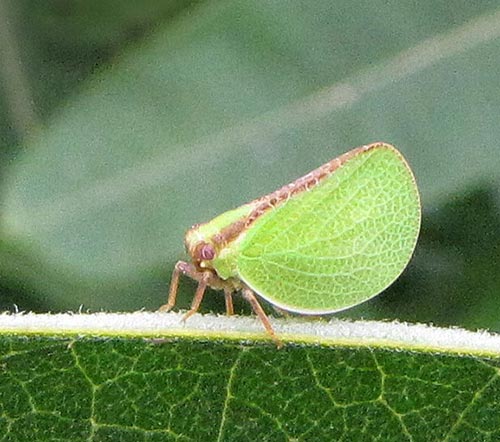 There’s a reason they named it Butterfly weed! 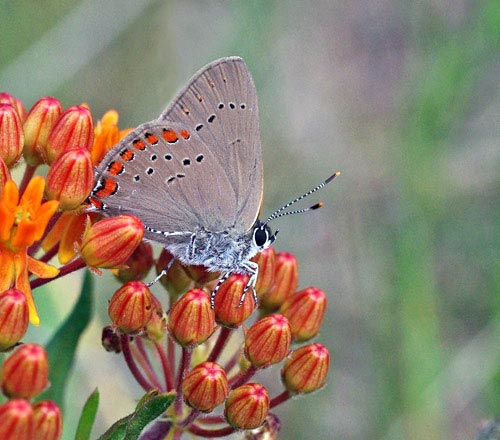 The BugLady always checks out motionless insects and is frequently rewarded for her troubles. Sharing may be caring (or is it the other way around?), but arthropods are notably unsentimental. Did the ambush bug get the bumblebee, or did the crab spider? (Oh yes, there is!) 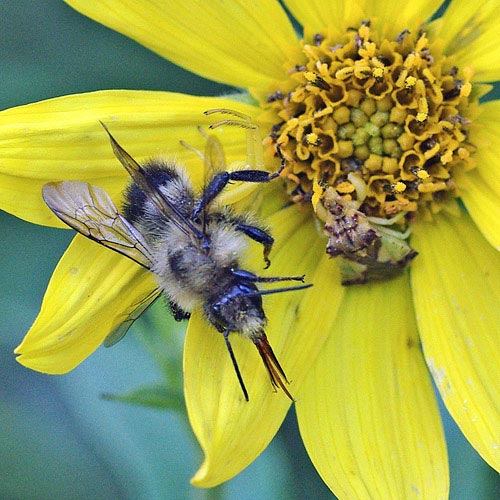 A glamour shot of a Red and Green Stinkbug

Resplendent in Christmas colors, on the BugLady’s white plasticware. 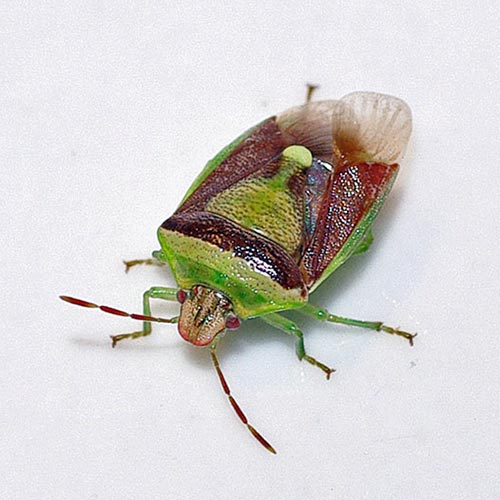 The business end of a Water Scorpion 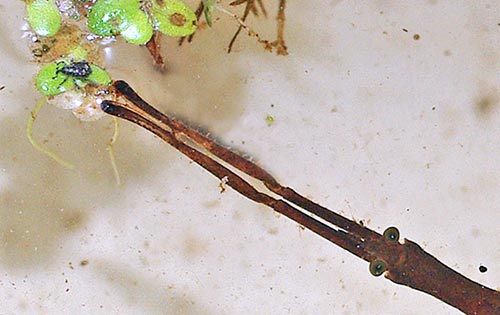 A bug-magnet like swamp milkweed is a felicitous place for two lusty carnivores to hang out. 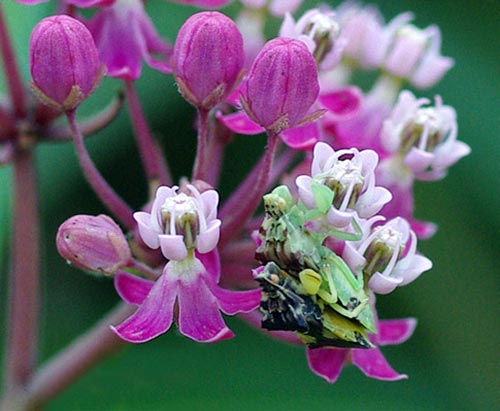 …and a Racket-Tailed Emerald in a Pear Tree 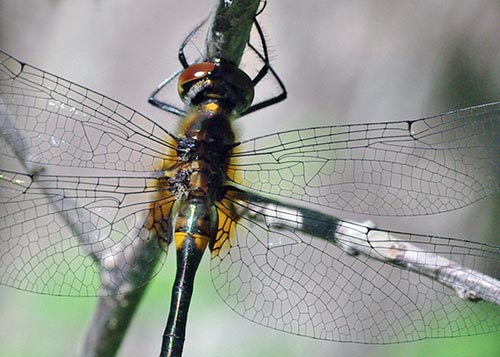 The 12 Bugs of Christmas II