A century ago, give or take, Herbert Kalmus, Daniel Frost Comstock, and W. Burton Wescott founded the Technicolor (a trademarked name) Motion Picture Corporation and applied for a series of patents on the evolving processes for producing motion pictures in color (it’s pretty interesting, and far beyond the scope of any physics class the BugLady ever took—beam splitters and color filters and subtractive color prints, and smoke and mirrors, and multiple “monochrome” films in primary colors run simultaneously on special projectors to produce saturated colors in combination, and in later incarnations, films laminated together to create a final, color print).

With a lower case “t,” technicolor refers to something that is vividly colorful.

The BugLady submits that Mother Nature has had the whole thing figured out for a good long time (the dogbane leaf beetle, for instance, whose changing colors emanate from the play of light on tiny, tilted plates above its pigment layer, has something pretty sophisticated going on, and so does any bird that is blue). 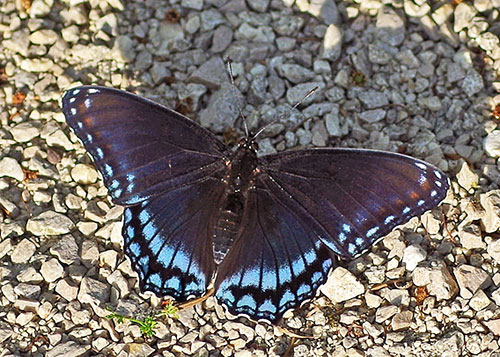 Go outside – be dazzled.

Jumping Spiders Can See the Moon