The BugLady’s computer, on a whim, won’t let her cut and paste into her BugTales account so she is sending it from her other account. Fingers crossed.

As the Bug Season winds down, the BugLady would like to celebrate summer by sharing a baker’s dozen of the pictures she’s taken in the past few months. Most of these critters have had a BOTW of their own over the years, so the links to the UWM Field Station website are included for BugFans who want “the rest of the story.” Awesome job, BugFan/Web-guy Homer—thanks, as always. 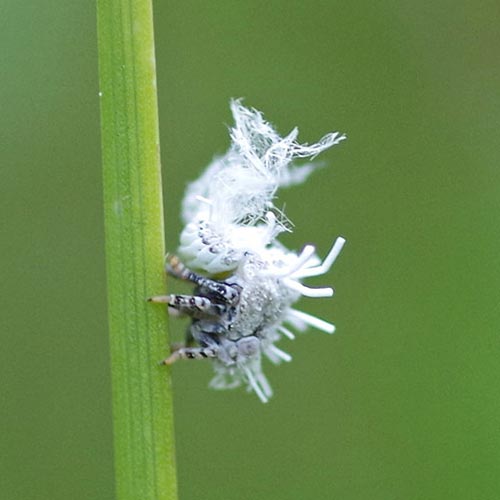 The presence of sticky honeydew on a leaf is a good clue to aphid activity overhead. The BugLady spied a shiny Phragmites leaf, and when she turned over the leaf above it, she found a vision in green. Benjamin Moore—start mixing; the BugLady wants this peaceful color. 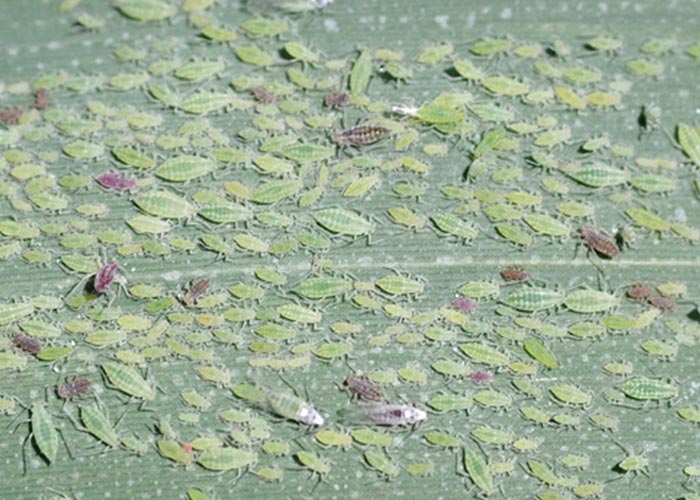 These lunkers of the fly family Tabanidae weigh in at a little over an inch long. Like other biting flies, Dad prefers nectar, but Mom needs a blood meal in order to lay eggs. The books say that she targets “large mammals” (generally eschewing humans in favor of livestock, but for humans who do get bitten, it’s a memorable experience). There’s speculation that this is “Jimmy Crack Corn’s” Blue-tail fly. 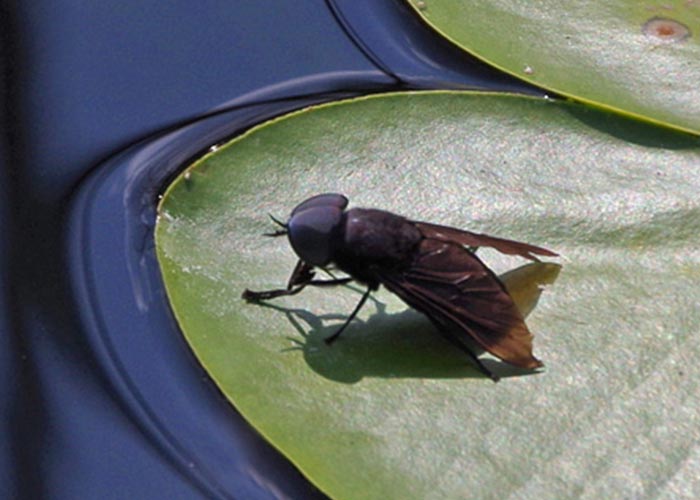 Also known as the Parsley Swallowtail (Papilio polyxenes), this lovely larva is practicing camouflage via disruptive coloration, like a zebra. In the mottled sunlight where it feeds, stripes make it difficult for predators to figure out the caterpillar’s shape. This guy/gal was just hours away from forming a chrysalis and starting the serious work of transforming into a butterfly. “Pupalcases” 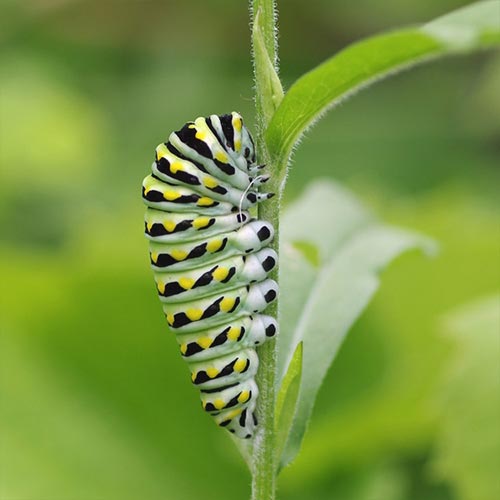 You know the old saying – “Dinner’s not ready ‘til the carrion beetles arrive.” CBs are part of the vast janitorial staff that keeps the landscape from being ankle-deep in animal carcasses. The BugLady suspects that the Dearly Departed was a leopard frog. “Carrion Beetles” 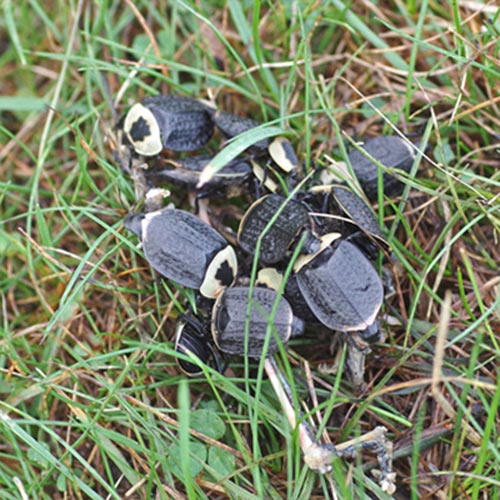 The nymph was black when it climbed under the leaf. As it dangled, it split the skin on its back and emerged. The conspicuous, red coloration is temporary; it will darken again. Transmogrification. Leaf Footed Bugs 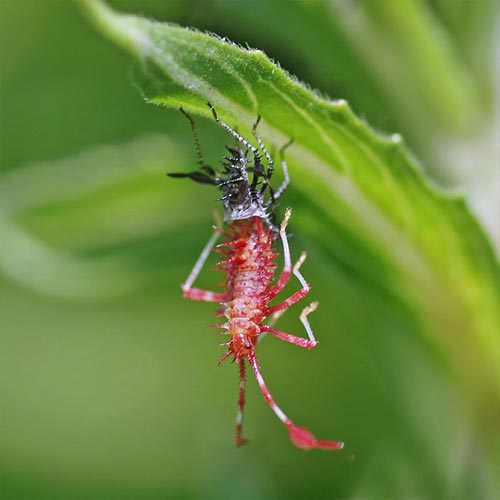 When dragonflies, like this darner, are ready to become adults, they climb above the water line, shed their skin, pump up their wings, and take to the air. Imagine—a three-inch-long dragonfly once fit in that 1 ¼” shell! Darners are gathering in impressive swarms, both to feed and to migrate along the shores of Lake Michigan. Dragonfly Swarm 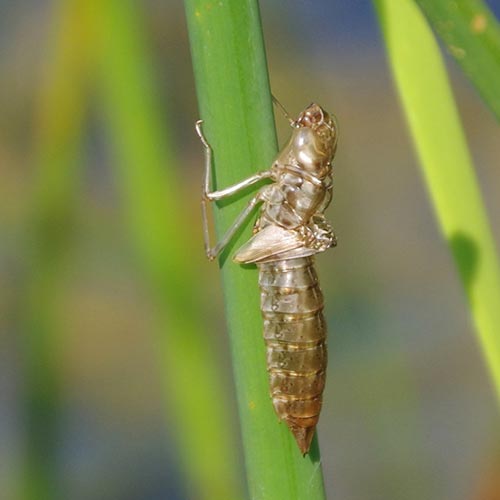 Remember our discussion about surface tension earlier this summer? The Six-spotted fishing spider is a master of the surface film. To review surface tension, see here. For more about Fishing/nursery web spiders. 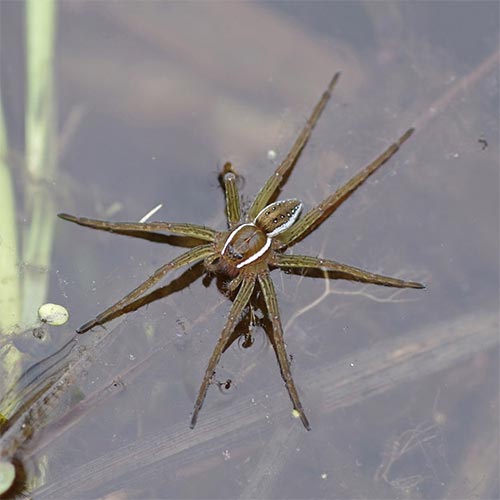 Apparently, humans aren’t the only animals that enjoy a nice bouquet. Melanoplus 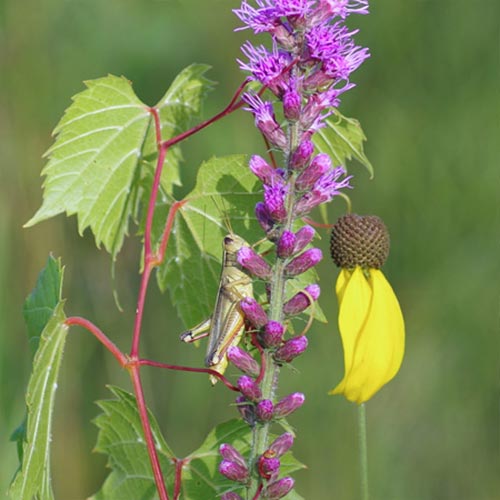 Secretive little critters that lurk in damp, shady thickets during early summer. Males in the genus Panorpa, have a “scorpion tail” but both genders have the Jimmy Durante schnoz. “Scorpionflies” 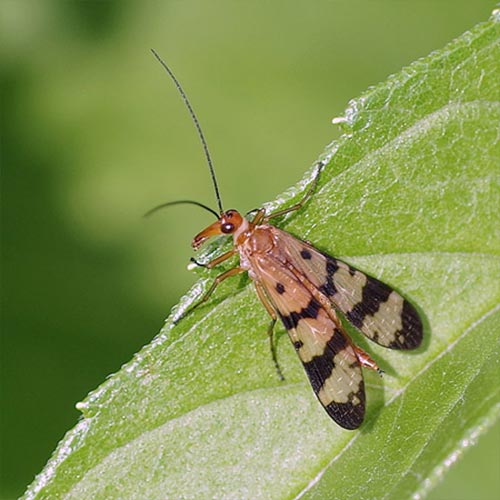 Young damselflies (naiads) are aquatic, but how do they get underwater in the first place? Note the whereabouts of the female bluet (on the right) (nice meniscus, too!). Many male dragonflies and damselflies guard their ladies as they deposit eggs (oviposit) in the water and in stems of aquatic vegetation. Some species patrol the airways above (hover guarding), and others retain the hold they put on the female’s head during mating (contact guarding). Female submersion (sometimes total) is not uncommon, but she’s good for up to an hour down there, breathing via a thin film of air that’s trapped in the coating of fine hairs on her body. Chasing Damselflies 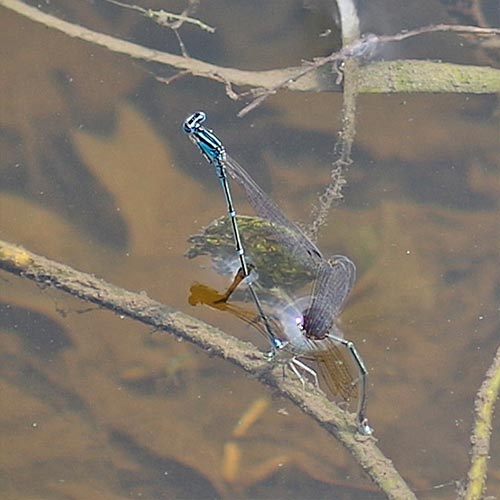 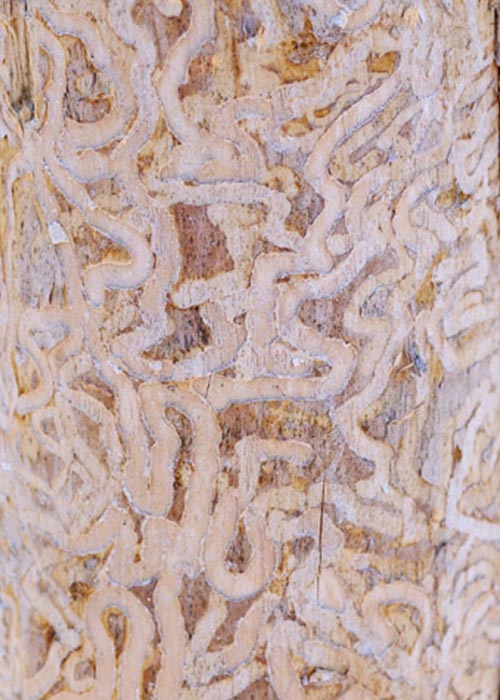 Fingers crossed that the extra-cold winter slowed them down a bit, but afflicted trees are everywhere. The larvae chew extensive tunnels (galleries) just under the tree’s bark, permanently interrupting the tree’s “plumbing,” and with that, its ability to move nutrients up and down between roots and crown. Researchers are seeing a rise in populations of woodpeckers that are able to flake off the bark and get at the EAB larvae. Emerald Ash Borer. 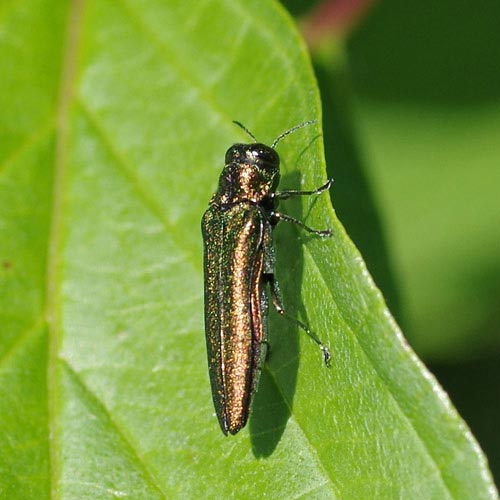 And a happy one –

The warnings were dire. Watchers at south-bound migration points last fall reported record low numbers, and only a very small part of the overwintering site in Mexico was occupied. And yet. And yet! Great monarch numbers in this area all summer, and the “Gen 5” monarchs (the fifth generation north of Mexico and the only ones that get tagged) are headed south. For more about monarchs and how they navigate, see: “Monarch Butterfly”. Bon voyage. 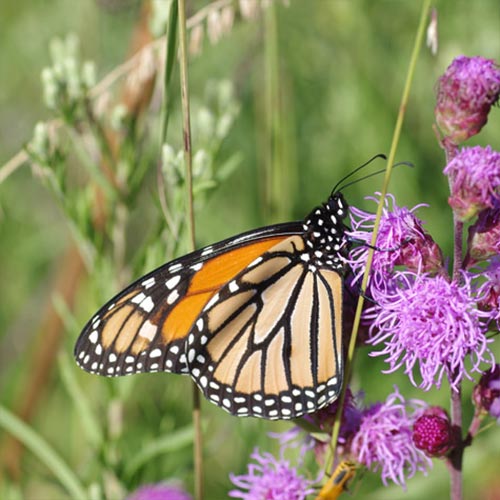 As Vincent van Gogh once said in a Dr. Who episode, “Everywhere we look, the complex magic of nature blazes before our eyes.”