Not a true fly (which are Diptera—two wings); this guy/gal belongs to the order Plecoptera—folded wings. Stoneflies do have two sets of wings, which, as you can see, they tuck tightly across their body at rest. The black-colored stonefly was photographed on the hood of a car during a “hatch” of stoneflies in the third week of April; the reddish stonefly appeared on her porch in late September. 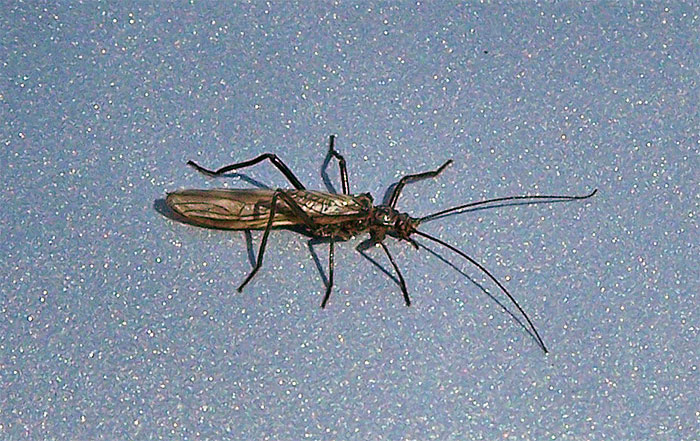 The naiads are aquatic and are found in flowing (well-aerated) water, where they live for up to three years. The nymphs are primitive-looking, flat and have strong claws (the better to resist the pull of the current across the stones they cling to–stone flies, get it?). They breathe through gills in their “armpits” and at the base of their two “tails” or cerci. Damselfly and mayfly nymphs/naiads have three tails. 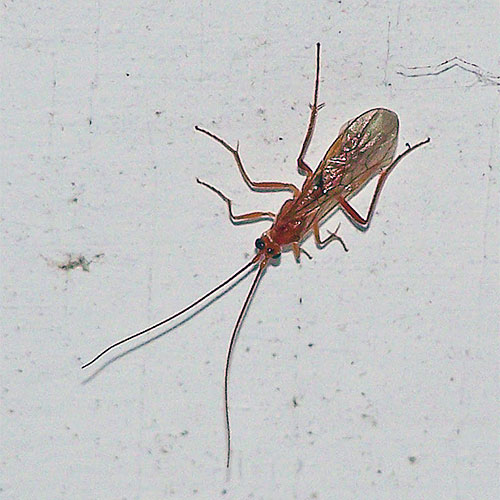 The larvae of some species of stoneflies are predators, and others feed on plant material that falls into the water. The carnivores have protruding mouthparts and the mouthparts of leaf-eaters (detritivores) are shaped for grinding. They are a favorite food for trout and their presence indicates a quality trout stream because they are sensitive to water pollution and to low levels of oxygen.

Adults emerge from the water (some species emerge so early that there is still ice on the stream) and mate and lay eggs (from 200 to thousands of them) soon afterward. They are weak fliers. One source said that the species that emerge in summer are more likely to be nocturnal. Adults of some species do not have functional mouthparts. Kaufman, in his Field Guide to Insects of North America, says that the males of many species drum their abdomens against the twigs and foliage they sit on in order to attract nearby females. Hmmm—so, stoneflies do that, too! 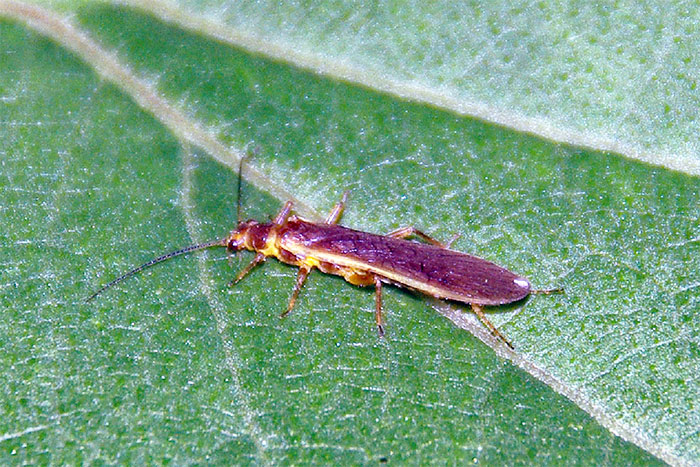