Periodically, the BugLady comes across a really spiffy “bug” in between episodes and issues a BugBonus. Today’s Bonus Bug is the Short-winged Bunchgrass Locust/Grasshopper (Pseudopomala brachyptera), also known as the Short-winged Toothpick Grasshopper. 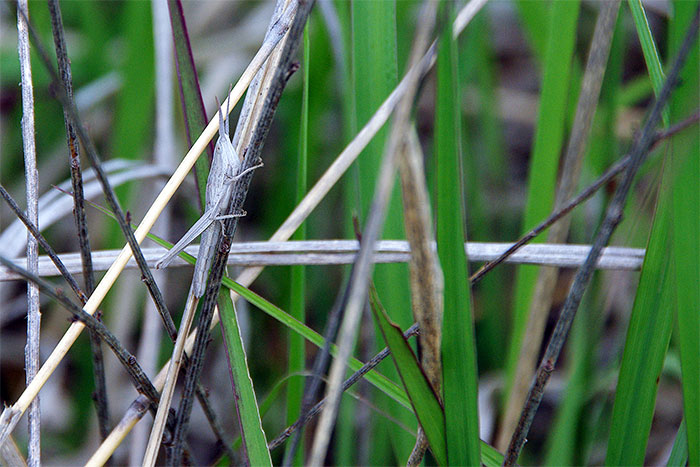 Taxonomically, they are located in the Short-horned Grasshopper family, Acrididae, which BugFans have visited before in the form of the Carolina locust and the Red-legged grasshopper/locust. Physically, they are found on poor soils, sand prairies, weedy roadsides and forest edges in a range that stretches through the Great Plains and southern Canada from north Texas to Idaho, east through the Great Lakes states and New England. Their populations tend to be “local”—found in small pockets of large areas—and both their numbers and their range may be increasing with recent droughts. These individuals were photographed in a restored prairie at the UWM Field Station. 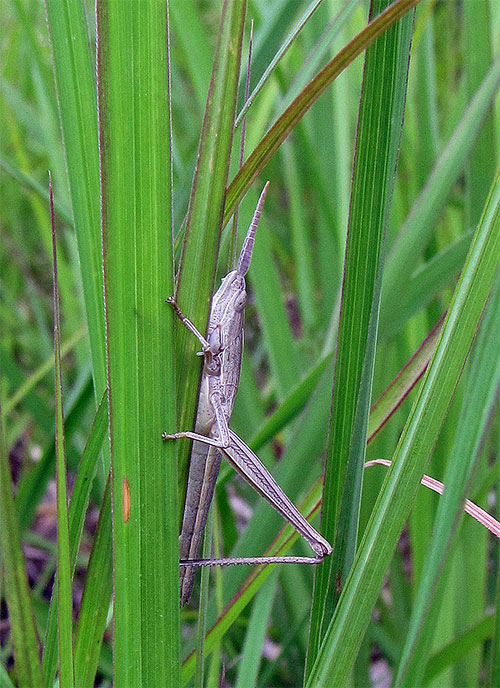 Their head shape causes some people to mistake them for walking sticks, and the technical term for their wild-looking antennae is ensiform (from the Latin enis—sword and related to the Sanskrit asi, also meaning sword). Males tend to be a bit darker in color and longer-winged then females. Their short wings render them non-migratory but didn’t hinder them from getting out of the BugLady’s way pretty smartly. They like scooting around to the opposite side of the grass from the camera. 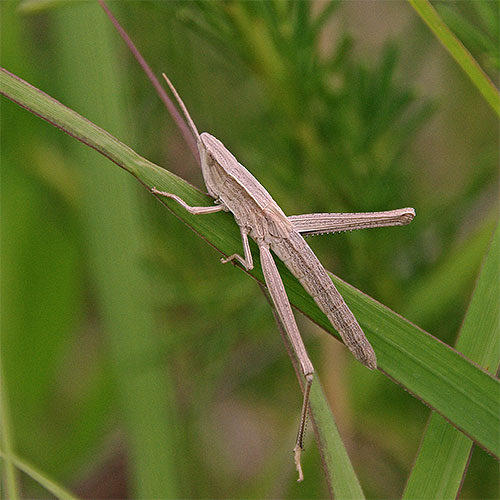 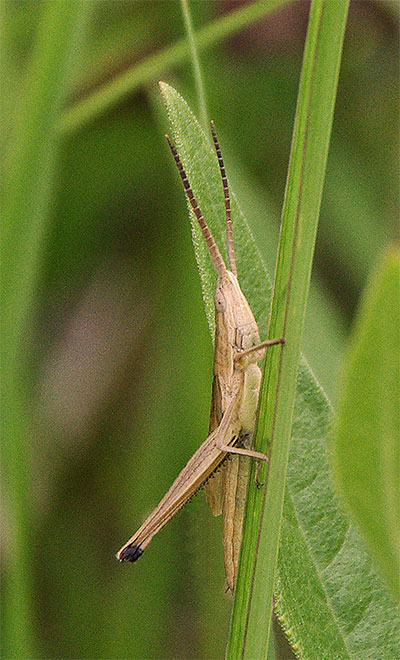 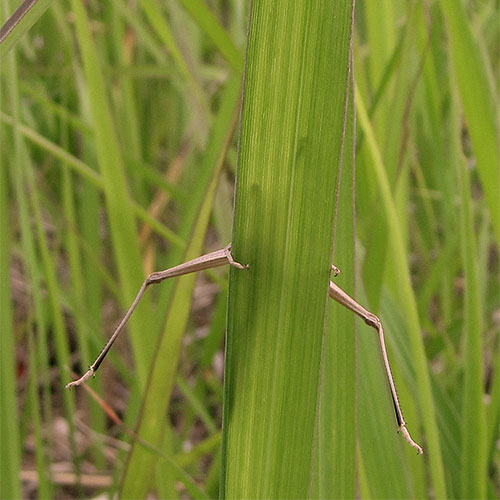