The leaves are starting to fall here in God’s Country, the birds are moving, and as of yesterday it’s officially autumn (Yikes!). But there are still some bugs out there – like wildflowers, some species of insects bloom in the spring, some in the summer, and others in the fall. The imperative to reproduce is strong as the days get shorter; most insects live for about a calendar year, mainly in their immature stages, with a short-but-productive adult stage. Most leave behind eggs or pupae or partly-grown offspring to weather the winter. 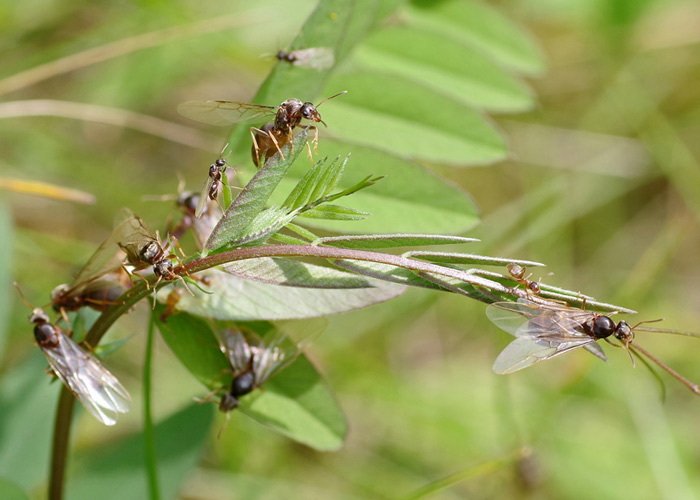 ROYAL ANTS As the BugLady walked along a prairie path recently, she found several mounds of ants celebrating their nuptial flight – large queens were climbing on vegetation to launch themselves into the air, accompanied by workers and small, winged males. Read all about it at on this previous BOTW about flying ants.

The MONARCH migration is winding down – they are still filtering south slowly, nectaring as they go. A Monarch that arrives in Mexico has six times more fat stored in its body than it had when it came out of its chrysalis, fat that it needs to survive the winter. The BugLady counted 411 monarchs along the trails at Forest Beach Migratory Preserve on September 18 – clouds of butterflies rose up from goldenrod and aster clumps as she walked by. Five days later she found only 56, and the shadows that fell on the trail were those of thousands of migrating Common Green Darners. 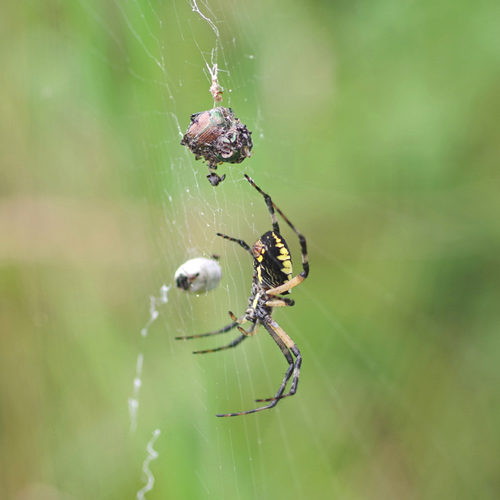 This YELLOW AND BLACK ARGIOPE/ORBWEAVER is doing her part to rid the world of Japanese beetles. Keep an eye out for the large orb-weavers in fall – some are pretty spectacular (check out this previous Bug of the Week). 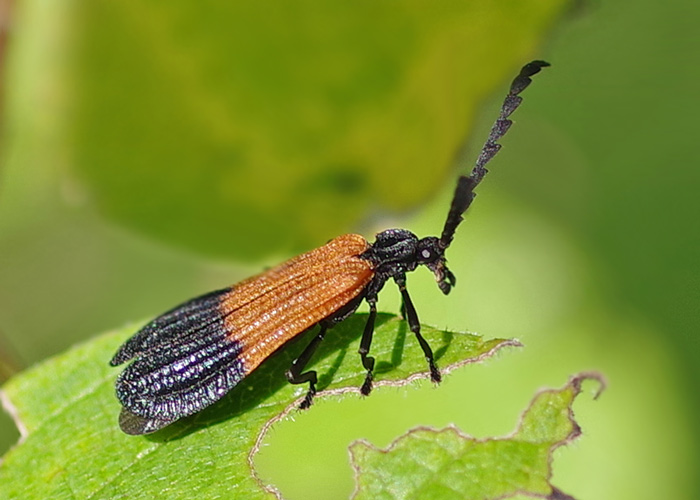 The END BAND NET-WINGED BEETLE (What a mouthful!) (Calopteron terminale – probably – there’s another species that usually has two black bars, but sometimes has just one). These brightly-colored beetles are advertising that they contain chemicals that make them smell and taste bad. When startled, they raise and flash their wings at us in case we missed the point. They have awesome larvae that congregate in large masses – here’s a small pile of larvae of a different species, and good pictures of another species. 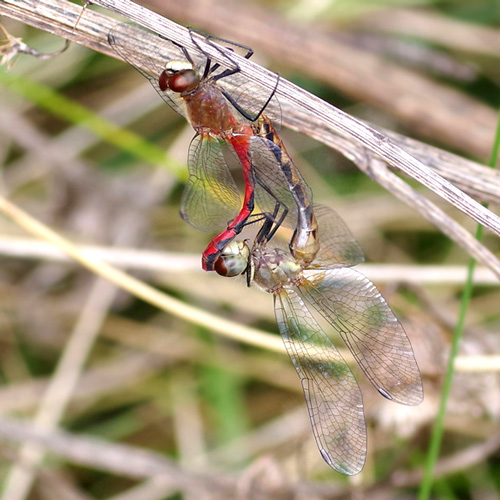 MEADOWHAWK dragonflies see us through from July until the first frost and sometimes beyond. After mating, the female White-faced Meadowhawk will gamble – dropping eggs onto an area that looks like it may get wet later in the future. Win big or lose big. There are a half-dozen species of meadowhawks flying around these days. 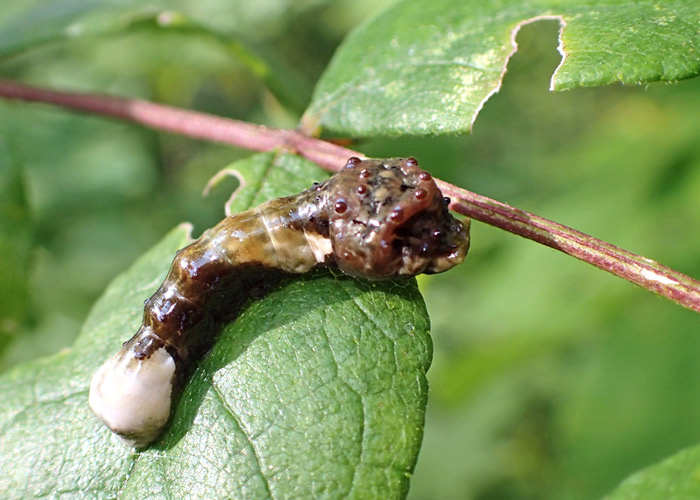 GIANT SWALLOWTAILS are a southern species whose chrysalises (according to the books) are not able to survive Wisconsin winters, and the butterflies drift north each summer. The BugLady isn’t so sure about that; she sees very fresh-looking Giant swallowtails butterflies here in mid-May, and finds their caterpillars browsing on prickly ash leaves in fall (the caterpillars feed on plants in the orange family and are called “orange dogs” in the south). 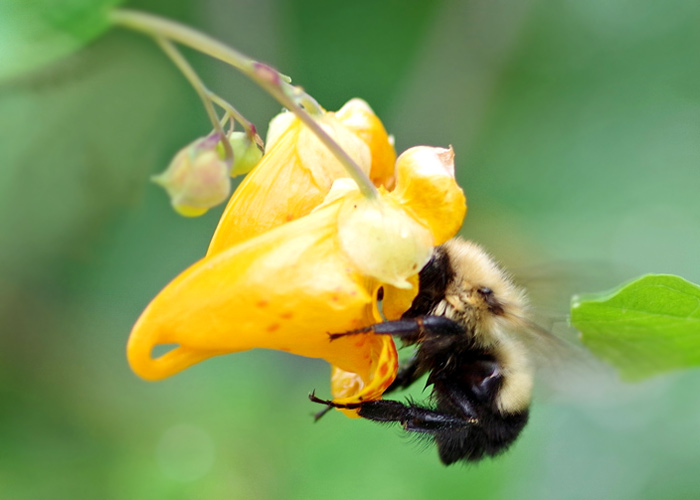 BUMBLEBEE ON SPOTTED TOUCH-ME-NOT – bumblebees are famous for their “buzz-pollination” and for being muscly enough to force their way into tubular flowers. Spotted jewelweed flowers don’t present much of a challenge for them, even honeybees can get in. 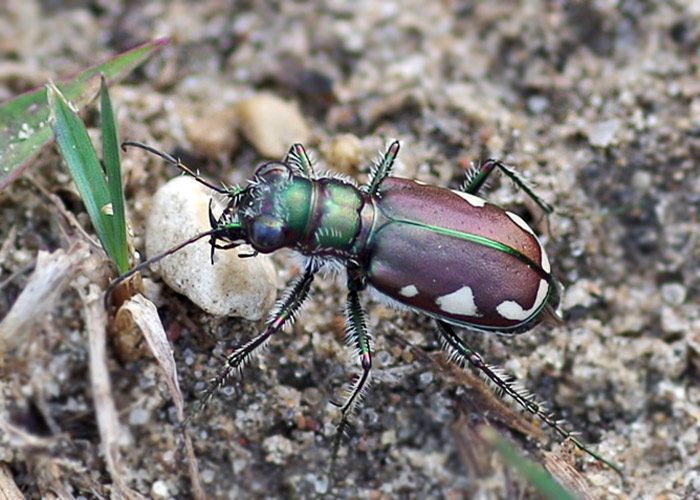 The BugLady loves stalking these elegant FESTIVE TIGER BEETLES on the trail to the prairie at Riveredge; the beetles let her get close enough to attempt a few pictures and then fly forward a few yards (and wait). She does the same thing in early summer with the very-spiffy Six-spotted tiger beetles. 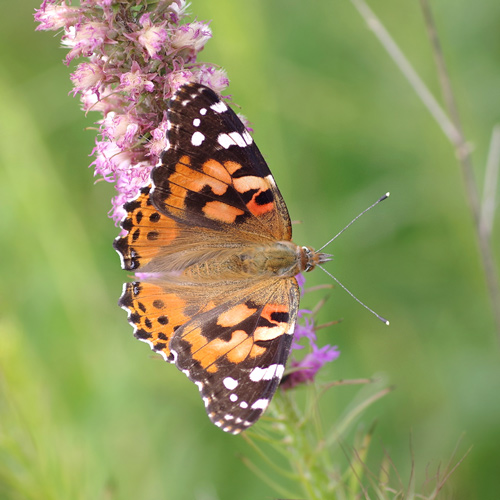 PAINTED LADIES are putting on quite a show these days – the BugLady counted more than 100 of them on a recent 1 ½ mile stroll around the grasslands at Forest Beach Migratory Preserve and gave up counting them at Lion’s Den Gorge this afternoon. Groups of insects big enough to appear on weather radar have been making the news this year, starting with a swarm of Painted ladies that was tracked leaving California in early summer (other acceptable collective nouns for butterflies are flutter, kaleidoscope, rainbow, and, inexplicably, rabble). Painted Ladies disperse from their southwestern homelands and come to Wisconsin in varying numbers each year. 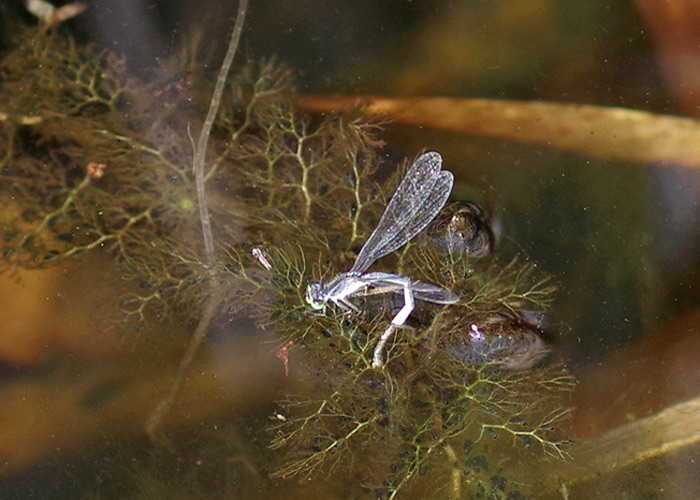 EASTERN FORKTAILS have a long “flight period” – these small damselflies grace wetland edges from May through September. Forktails oviposit in submerged aquatic vegetation, and this one is, alas, placing her eggs in the stem of a Common bladderwort, a carnivorous plant that will probably eat some of her young when they emerge. 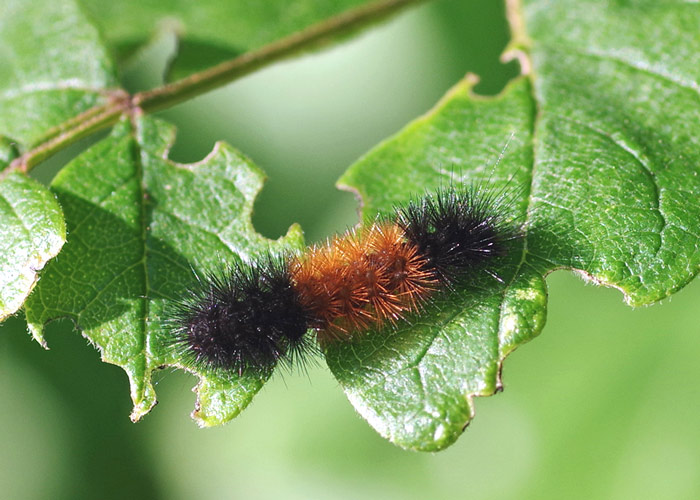 WOOLY BEAR CATERPILLARS are crossing the roads these days, only one of several fuzzy, fall tussock and tiger moth caterpillars. Wooly bears will spend the winter as caterpillars, and you may see them abroad during a thaw. Their winter weather forecasts should be taken with a grain of salt (the BugLady’s Sainted Grandma used to predict the winter based on how thick the squirrels’ winter coats were). They wait until spring to pupate, and they use some of their hairs to make their pupal case. 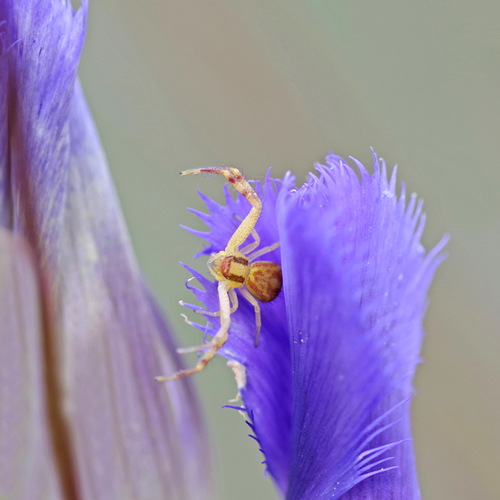 Go outside – look for bugs, and remember – “For observing nature, the best pace is a snail’s pace.” (Edwin Way Teale).