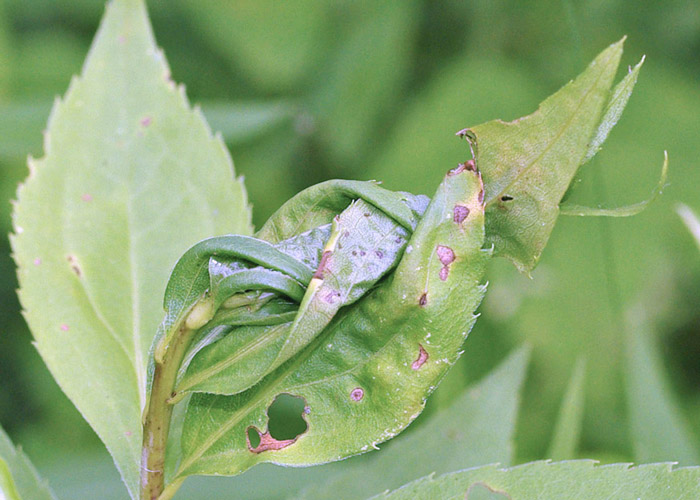 Leaves are coming. Promise! And soon after they emerge, we’ll see leaves that are folded, rolled, or otherwise harnessed by a variety of insects, for a variety of reasons.  The architects are mostly Lepidopterans – mostly small moths in the family Tortricidae – but there are also some skipper butterflies, beetles, sawflies, and spiders in the bunch, plus this cute little Carolina leaf roller cricket, which shelters by day and hunts aphids by night (yes – a surprising number of grasshoppers and crickets eat animal matter).

They’re grouped by “technique” – leaf rollers, leaf folders, and leaf tiers/webbers/“ugly nest makers.”  They use these structures to hide from predators or from the elements, to feed (some stay indoors and eat/skeletonize their “walls,” but others emerge to feed on nearby leaves and buds), to create a particular microclimate, to shelter their eggs (there’s a weevil that packages its egg in a rolled leaf, and the larva feeds within until it pupates), to pupate (after reinforcing the leaf stem with silk, a Promethe caterpillar wraps itself in a leaf and soon looks like dead vegetation hanging from a tree), or for any combination of the above.  Some male Jumping spiders make shelters for their future brides.  Many rollers/folders/tiers make predictably-shaped shelters on predictable hosts, but others are generalists. 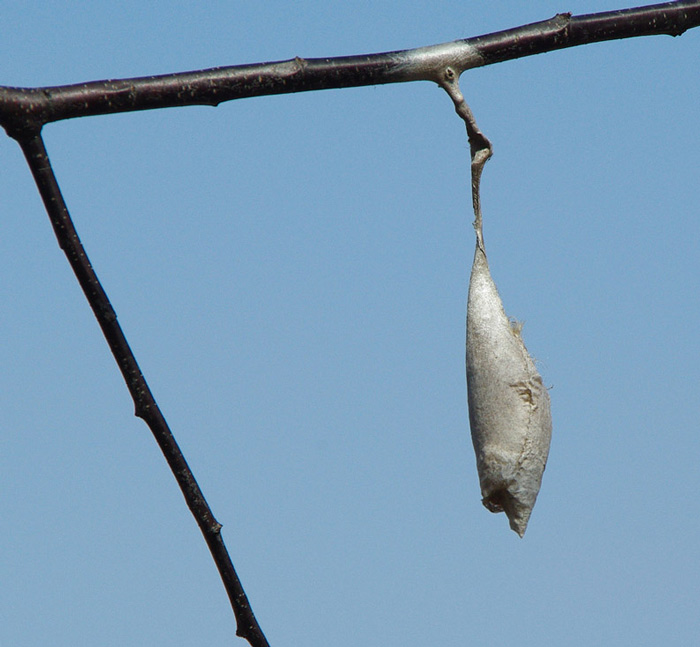 Leaf rollers take one leaf and form it into a tube or cone.  They may roll it the long way, parallel to the leaf’s midrib, or they may roll it crosswise, which has a higher degree of difficulty because they have to bend the midrib.


Leaf folders, a.k.a. leaf sewers, fold rather than twist the leaves.  Most only fold it once, but some make several folds.
Leaf tiers typically fasten together multiple leaves and may even enclose flowers or fruits.  They usually do their work at the tips of branches or twigs, making creations that are often labeled “unkempt.”  This category includes “ugly nest” caterpillars that bind a handful of leaves, and webworms, which lay clusters of eggs that hatch into clusters of caterpillars that throw silk around a whole branch and feed communally within, depositing frass and shed skins as they grow.
How do they do it?  In increments, using silk that contracts as it dries.  S. W. Frost, in the wonderful Insect Life and Insect Natural History (1942) (which considers insects by function, not by form) explains:

You don’t have to be its architect to live in a shelter.  The adapted leaf persists after its original inhabitant is gone, and there are plenty of insects lined up to move in.  They may not even wait for it to be abandoned before they move in or oviposit into it (these “housemates” are called inquilines).
Says Richard Headstrom, in Adventures with Insects, “An interesting sidelight in connection with the habits of leaf-rolling insects is that when they abandon their shelters, other insects often take occupancy, and certain scavengers, particularly small mites and small beetles, feed upon the fecula [what a classy word!] left by the original makers.” 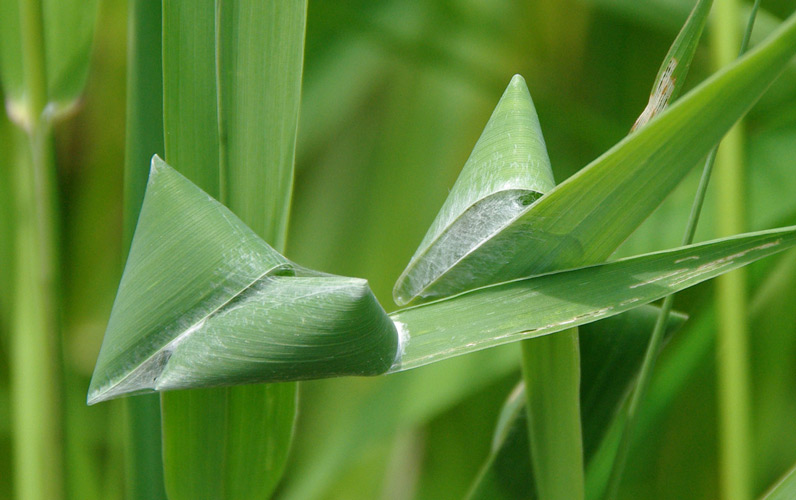 In a Brazilian study, rolled leaves on a single plant species attracted five to nine times the number of species (depending on wet or dry season) as flat leaves.  According to researcher Camila Viera,

During the dry season, the rolled leaves on 60 plants in the Brazilian forest played host to more than 3,000 bugs alone, including spiders, beetles, whiteflies, crickets and many, many caterpillars….  The entire arthropod community hosted on Croton floribundus plants are influenced by leaf-rolling caterpillars.”

They are “ecosystem engineers.”

Abandoning a leaf structure is risky business, whether its maker is done with it, or has outgrown it and must make another, or the host plant is overcrowded, or an interloper has preempted a newly-formed shelter, or the nutrients inside the shelter are used up.  Mortality is high for caterpillars that suddenly strike out cross-country. 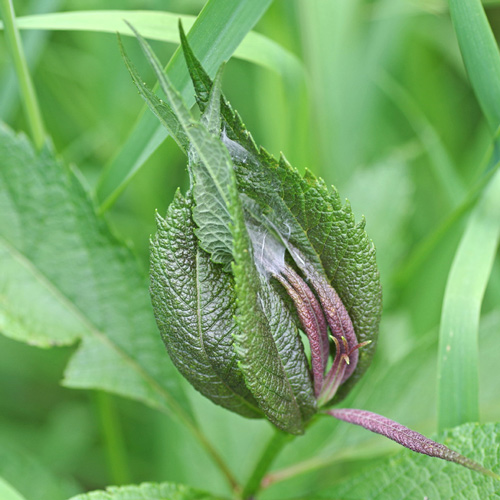 One more (very cool) thing.  St. Johns-wort is a popular herbal remedy sold in health food stores as an antidepressant.  One problem with St. Johns-wort is that its leaves contain a chemical that we don’t completely metabolize, and it causes susceptible people to become photosensitive.  Turns out that some caterpillars are also affected when they feed on the leaves in sunlight – the chemical prolongs their larval stage and lowers their survival rate.  The solution?  They tie the leaves together and feed inside, in the shade.