The BugLady (who loves finding weevils) found this one in Ohio, but it does live here in God’s Country and throughout eastern North America. With about 83,000 species worldwide (3,000 in North America), the very-diverse weevil family, Curculionidae, is one of the largest animal (not just insect – animal!) families. Weevils can be recognized by their cute little snout (rostrum) and their “elbowed” antennae. Plant-chewing mouthparts are located at the end of the snout. 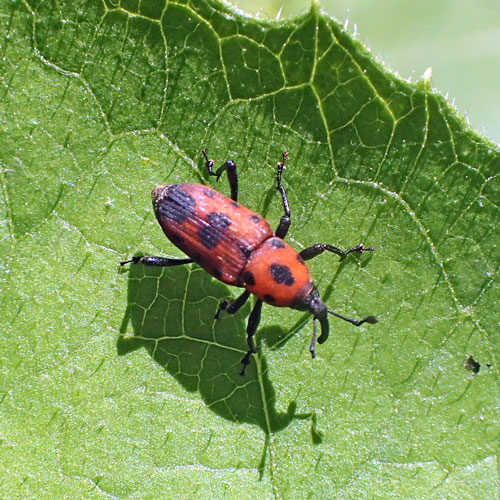 Red Cocklebur Weevils are in the subfamily Dryophthorinae (of previous BOTW fame), whose members are often described as “football-shaped” and who some entomologists have promoted to full family status. RCWs (Rhodobaenus quinquepunctatus) are also called (not surprisingly, Latin Scholars) Five-spotted billbugs.

The two other genus members in North America north of the Rio Grande are the excellently-named R. tredecimpunctatus, the 13-spotted/Ironweed curculio (which is also called cocklebur weevil and which has a more extensive range across America than the RCW), and R. pustulosus (no common name, but do Google “pustulosis”), which sneaks over the border from Mexico. 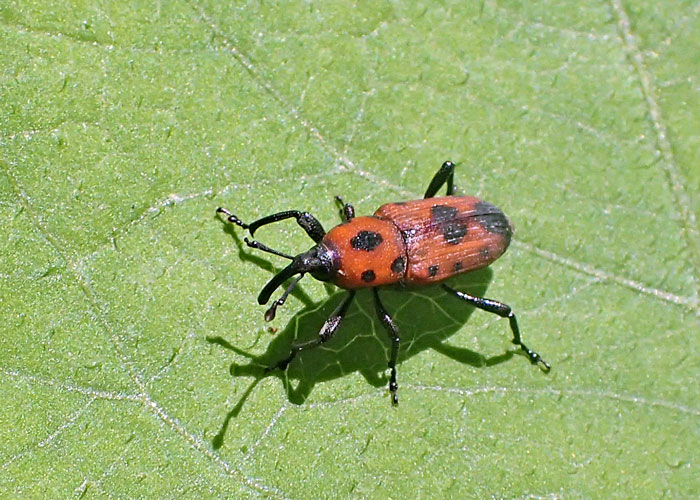 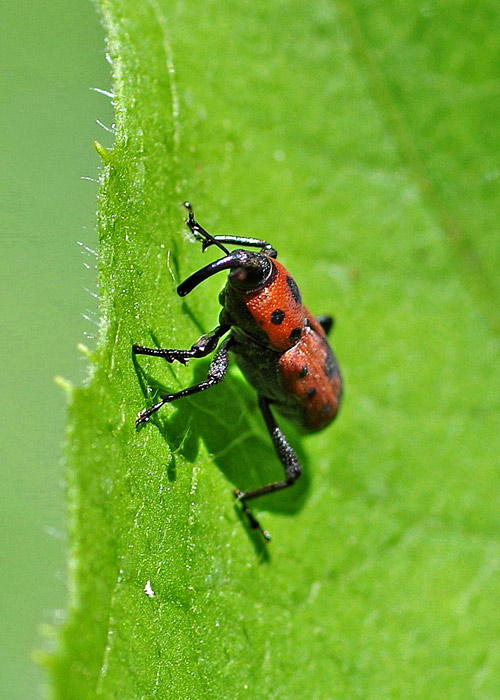 There’s not much information out there about how the RCB lives its life. Here’s a nice life history picture series.

Almost all weevils are vegetarians, and some are very specific feeders, but the RCB’s menu is a bit more varied. Adults feed from the leaves and stems of ragweed, thistle, cocklebur, Joe Pye weed, wild sunflower, ironweed, and rosinweed (all members of the Aster/Composite family), and larvae bore into the roots and stems of the same plants.