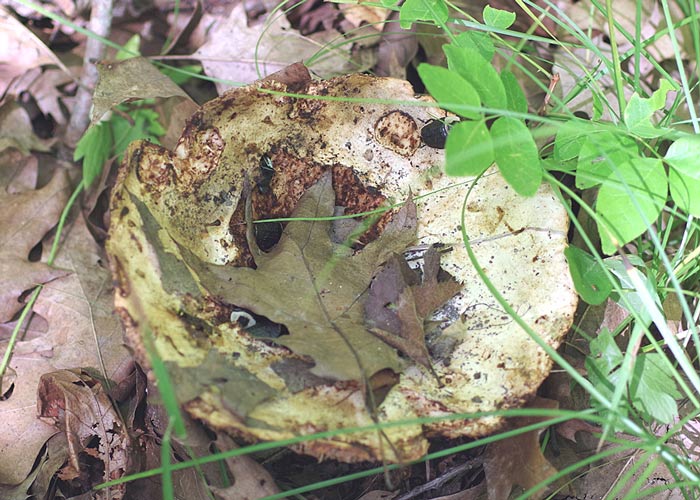 When the BugLady was walking in the woods at Riveredge the other day, she found some plate-sized, stocky, very aromatic, gilled mushrooms growing out of the ground – possibly one of the (glorious name) Fetid Russula group. They were pushing up under last year’s leaf litter; some were partly covered, but some were discernable only as an upward swelling of oak leaves. The cap of the Russula is concave, so water and other stuff collects in it. A microclimate. 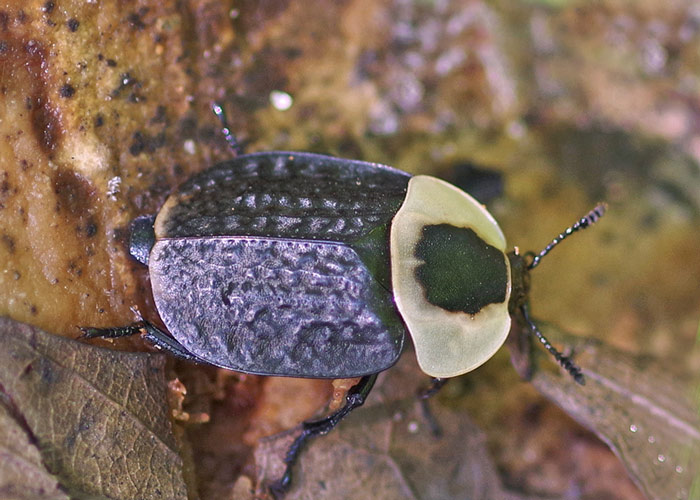 She saw something moving on the rim of an “over-the-hill” fungus, and she had the good grace to think “what’s a bumblebee doing in a place like this?” The AMERICAN CARRION BEETLE is counting on that reaction, and it enhances the illusion by buzzing its wings as it flies. No-one messes with bumblebees.


Turns out there were a bunch of American Carrion beetles on that and other mushrooms, on the cap, and deep in the flesh and gills (she also photographed a half-dozen on some carnivore scat, but she may not be able to show that shot in polite company).

Carrion beetles have a fascinating lifestyle, which was chronicled in the early days of BOTW. They perform ecosystem services in the form of corpse-removal, but they also feed on rotting fungus and animal droppings. 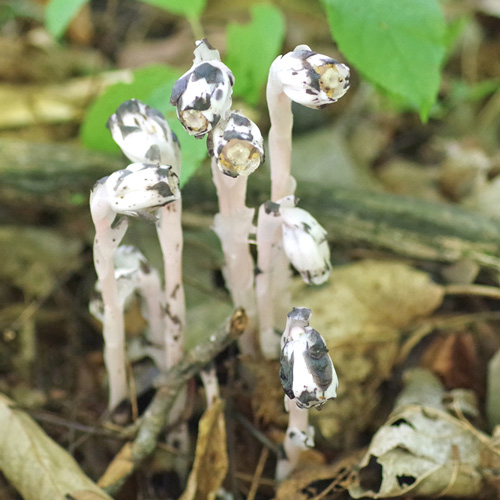 [Sidebar: Russulas can be hard to tell apart; many are considered inedible, but some are mild enough to eat, and some have a spiciness that sneaks up on you (but remember: “There are old mushroom hunters, and there are bold mushroom hunters, but there are no old, bold mushroom hunters”). They get their nutrients from the roots of trees. Sometimes the mushrooms, which are the fruit of a large, underground system of mycorrhizal strands that connect with plant roots, grow in a straight line above a tree root. Just as the fungi get their food from a tree root, the lovely, parasitic woodland flower Indian pipe (which was blooming in the woods, but not nearby) gets its nutrients from a variety of Russula hosts (for which the Indian pipes are dubbed “mycorrhizal cheaters”). They’re not alone – beetles, slugs, some rodents and deer eat Russula mushrooms.] 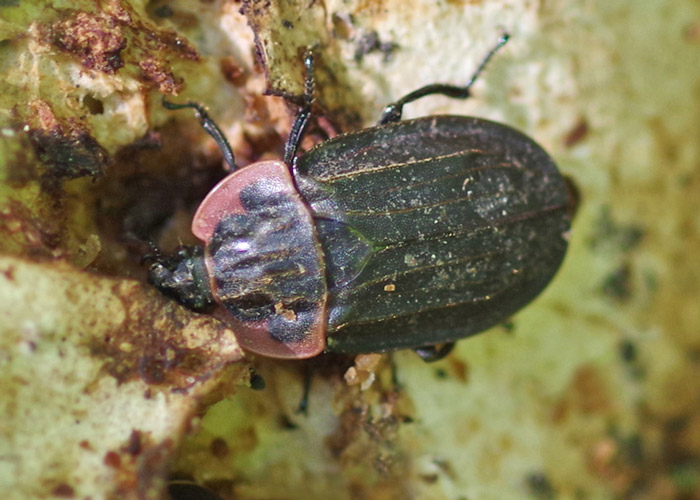 When she looked at the mushrooms more closely, the BugLady discovered that there was more going on. Along with the gang of American Carrion beetles were a few red-rimmed MARGINED CARRION BEETLES. 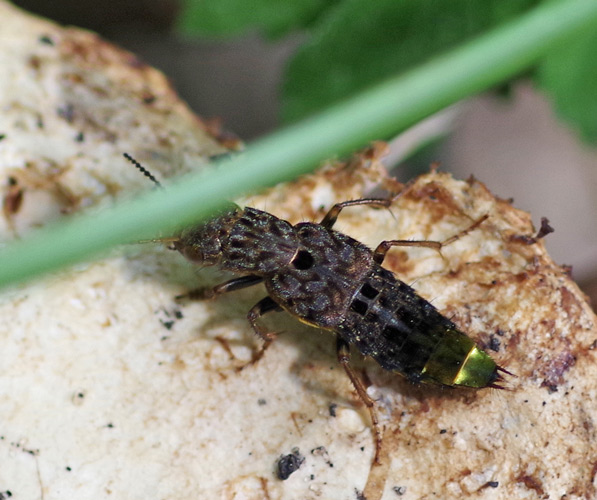 And, a GOLD AND BROWN ROVE BEETLE, which the BugLady swears is not luminescent, though the yellow hairs on its rearare iridescent. Find its story here. 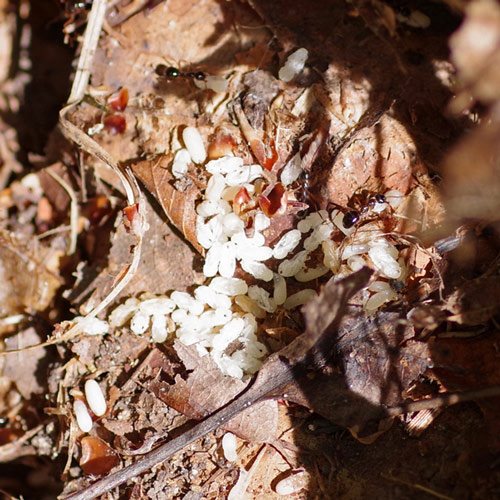 And, between the layers of oak leaves, an ANT NURSERY, with workers poised to rescue the eggs when, suddenly, their roof disappeared.

And a cloud of tiny flies, attracted to the mushroom by its very mushroomy odor. 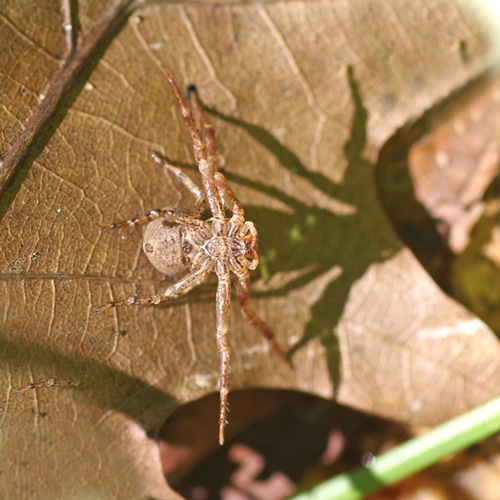 And the exuvia (shed exoskeleton) of a spider that paused to molt there.