Jumping Spiders Can See the Moon

A lovely article about Jumping Spiders, though you have to wade through a few ads to read it. It contains a juicy vocabulary word — new to the BugLady, and one that she will have difficulty injecting into a conversation unless she takes up rock climbing or spelunking (equally unlikely). Abseiling (most definitions are for the noun or verb, not the adjective), from the German verb for lowering/descending vertically, in a controlled fashion, by rope, rappelling.

It’s also about the inquisitive nature of science, about Neil DeGrasse Tyson once said, “The good thing about science is that it’s true, whether or not you believe in it.”

The BugLady found this jumping spider on the fertile stalk of a cinnamon fern this spring. The “green grapes” are the spore-producing structures of the fern. 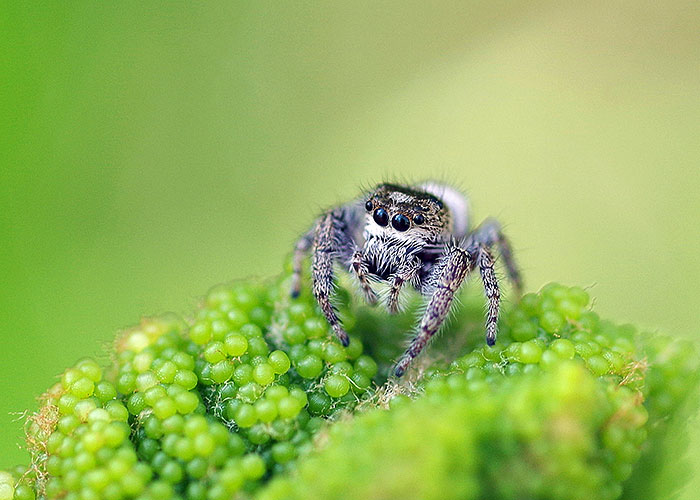