People respond to insects intellectually, aesthetically, and viscerally. Intellectually, earwigs are fascinating insects; viscerally – Ick!! Earwigs are Stealth Insects, and it creeps the BugLady out when masses of earwigs scramble away as she picks up a flower pot or flips up the cover of the garage-door-opener keypad or opens her mailbox (though they feed the jumping spiders that also live in the mailbox).

What follows is a major overhaul of a general earwig BOTW that appeared in December of 2008, with lots of fun, new Earwig Facts but few new pictures (aesthetically/photographically, the BugLady seems to be pretending they’re not here). Thankfully, contributors to bugguide.net are not. 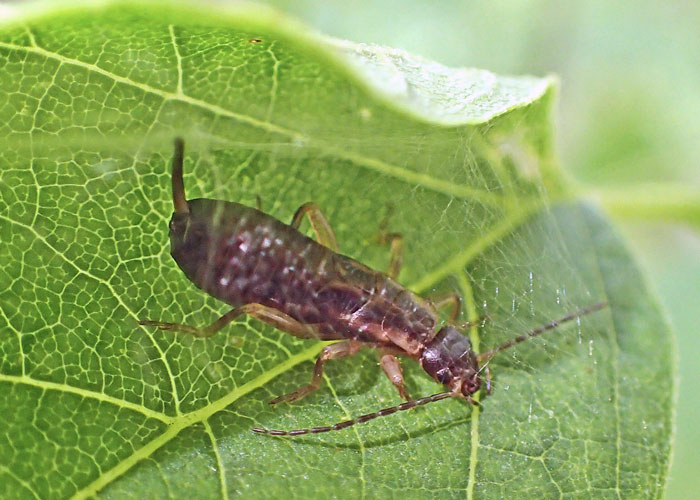 What’s in a name? Earwigs are classified in the Order Dermaptera (“skin-wings”) a reference to their short, smooth forewings. Their common name may come from the old English superstition that they crawl into the ears of sleeping people in order to bite them, an occurrence that one entomology book dismisses as “rare.” (!!!) Bugguide.net says that the name came from the Old English “ear-wicqa” meaning “ear crawler.” This notion was reinforced by the fact that earwigs used to shelter in the powdered wigs that 18th century English gentlemen and gentlewomen stored on wig stands, presumably ready to hop aboard the next time the wigs were put on. They (allegedly) have no interest in entering or laying eggs in your ear canal or, according to another Old Wives’ tale, in eating your brain. Eric Eaton and Ken Kaufman, in their “Field Guide to Insects of North America,” attribute the name “earwig” to a corruption of “ear-wing,” a reference to the wing shape of some species.

According to bugguide.net, Dermaptera (not Dermoptera – the Flying Lemurs) once included roaches, mantids, grasshoppers, crickets, and more, but today it’s a small order with about 1,800 species worldwide and only a few dozen in North America (many of which are introduced – earwigs are world travelers). Earwigs have been around for a long time (208,000,000 years or so) and the only place where they won’t drop out of your mailbox is Antarctica. 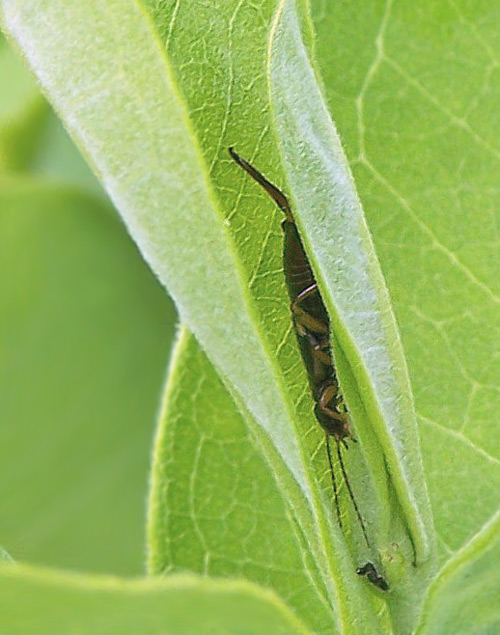 They favor places that are warm and humid, and they love to tuck themselves into dark nooks and crannies in the heat of the day.

The COMMON or EUROPEAN EARWIG (Forficula auricularia) is in the earwig family Forficulidae and is the sole member of its genus in North America and is the only earwig species found in Wisconsin. This Old World native was first recorded in North America (Seattle, WA) in 1901 and has been in Wisconsin for less than 50 years. It likes temperate, not tropical, climes. The BugLady often sees them on common milkweed. 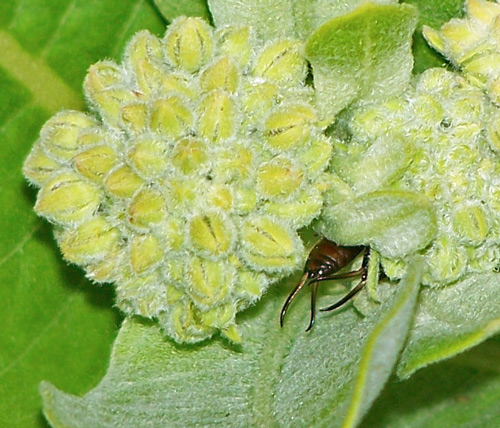 EEs measure a bit less than ¾” without the cerci. Their short wing covers do conceal flying wings.

They have simple/incomplete metamorphosis, looking like mini-adults (but much cuter) when they hatch, and then shedding, growing wings, and adding antennal segments until adulthood. See earwig stages here.

In fall, male and female pair up (he woos her by waving his cerci around, and he will use them to fend off rivals), and they excavate an underground nest for the eggs. The female lays 30 to 50 eggs in a heap, kicks the male out, and then overwinters with the eggs. As in many other earwig species, EEs have maternal instincts, which is uncommon among arthropods. She protects her eggs from predators and parasites, cleans and grooms them with her mouth to prevent the growth of fungi, and as hatching nears, spreads the eggs out in a single layer. After they emerge, she feeds her offspring regurgitated morsels and cares for them for until they can fend for themselves. Females live for about a year; males, at the mercy of the elements, don’t make it through the winter.

EEs are awash with chemicals as nymphs and adults. Both stages are preyed upon by the usual vertebrate suspects (birds, toads, snakes, etc.), against which they protect themselves by releasing a nasty-smelling chemical (this chemical defense mostly goes unnoticed by invertebrate predators). Earwigs use aggregation pheromones (chemical perfumes) to attract other earwigs, and the nymphs use pheromones to induce their mothers to care for them. Another chemical, found in adults, seems to kill microbes and nematodes (for a nematode refresher course, see this previous BOTW).

A shout-out to the excellent University of Michigan series “Biokids – Kids’ Inquiry of Diverse Species” (http://www.biokids.umich.edu/critters/) for their thorough, well-documented species write-ups. Sometimes the BugLady is tempted simply to supply a link and say “Here – read this.” About the European Earwig’s other sensory capabilities, they say, “They also communicate with their forceps, both in mating and as a threat. European earwigs pick up these odors [pheromones] mostly with receptors on their antennae. Their antennae also have touch hairs which help them understand their environment. Finally, they have compound eyes which help them perceive their environment.” 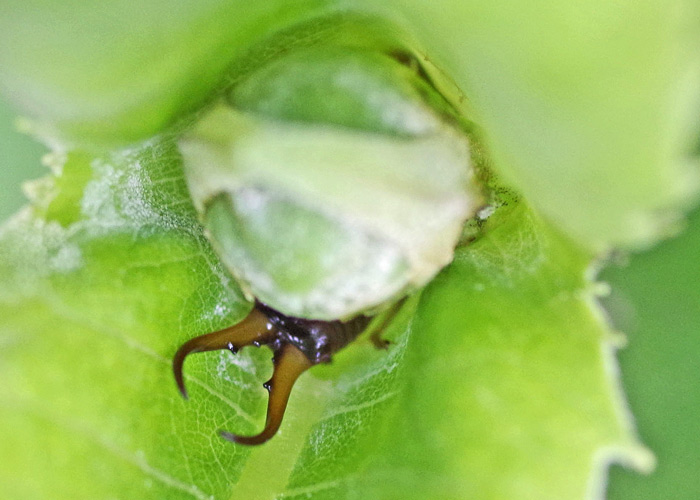 Like many other species of earwig, EEs are harmless nocturnal, omnivorous scavengers whose chewing mouthparts allow a diet that includes organic debris, other insects, and plants. Sure, they sometimes cause damage to agricultural crops, where their nibbling ruins the appearance of fruits and vegetables, but they make up for it by stalking aphids, which are responsible for far more damage than earwigs are. A tachinid fly was imported to parasitize EEs, and apparently, they’re also susceptible to soil nematodes, mites, yellow jackets, ground beetles, cannibalistic earwigs, roundworms, and certain parasitic fungi.

Google “earwig,” and the Exterminator sites pop up in droves (along with the usual sites that fret about earwig pinches (unlikely) and bites (incredibly unlikely)). The BugLady was distressed by a site called Pest World for Kids (“Brought to you by the National Pest Management Association”), which promises that “Parents and kids can both find more facts and information on earwig control at the official NPMA website,” and that “We don’t allow any pop-up advertising or any third party external links, so children can play and learn freely.” Their clickable “Pest List: Bugs A to Z” consists of the following species: “ants, bed bugs, bees, beetles, birds, cockroaches, dust mite, earwigs, fleas, flies, gophers, lice, mice, mosquitoes, moths, opossums, pill bugs, rats, spiders, stink bugs, termites, ticks, and voles.”

“As the twig is bent, so grows the tree” (Alexander Pope) (probably).

And so, as we approach Holidays and Holydays of all persuasions, the BugLady leaves you with Visions of Earwigs Dancing in your Head (but not literally).