Vocabulary word for the day – reservoir.

Epiblemas are micromoths, which is a handy but unscientific grouping that has members across several families (and it’s a genus name that is shared with an Australian orchid called “babe-in-a-cradle”). They are in the large and diverse family Tortricidae (TOR-tri-CYE-dye), the leafroller moths. Many are considered pests on agricultural plants, and others are used as biological controls of problem plants. Check out their website.

Where do they fit in the great scheme of things? They’re in the subfamily Olethreutes, a name that, according to bugguide.net, comes “from Greek olethreuonta meaning “destroyer, annihilator,” a term used to describe the devil in Greek biblical texts.” Seems like overkill for a moth with a ¾” wingspan. And, they’re in the tribe Eucosmini, whose larvae feed on flowers or fruits, or roll/web leaves together, or bore in stems or roots, or make galls. Some are generalist feeders, and others are picky eaters. The adults are nocturnal (two of these three were Porch Light Bugs). 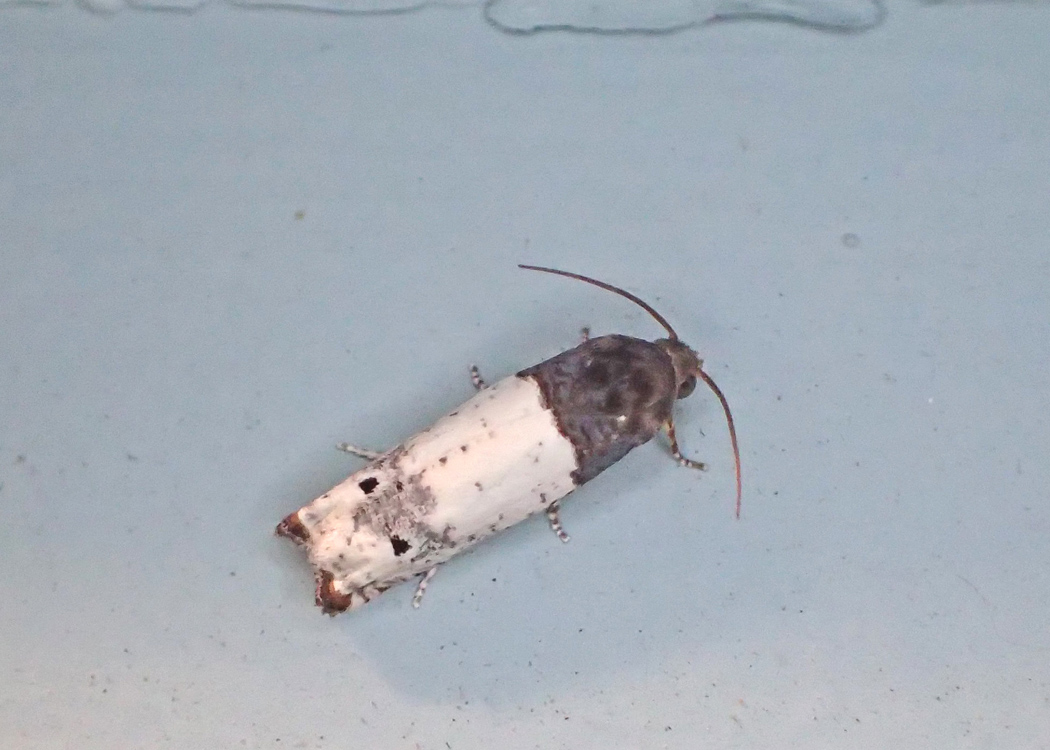 The GOLDENROD GALL MOTH (Epiblema scudderiana) is the most famous of the three. Also called Scudder’s Epiblema, it can be found in open areas east of the Great Plains.

The larval food plant is goldenrod; they burrow into the stem and trigger a thin-walled gall like this image, and this image. The write-up at the Storey Lab website (whose motto is “If we knew what we were doing, we wouldn’t call them experiments”) explains:

Females lay eggs on the growing tips of goldenrod in the late spring and after hatching the caterpillar bores into the stem and starts to eat. The plant-insect interaction leads to the formation of an elliptical gall with wood-grain like scars on the outside…. In the autumn, the fifth (and final) instar of the caterpillar gets ready for winter. It moves out of the main gall cavity, hollows out the stem below the gall and fits itself snugly and vertically into this space in a head up position. The caterpillar lines the interior of the stem and gall with silk which helps to act as a barrier to water or ice penetration. … To keep from freezing they accumulate ultrahigh concentrations of glycerol in amounts equal to as much as 18-20% of their total body mass.

Bugguide.net says that “the larva is winter host for 12 parasites.” In a study in western Pennsylvania in the mid-1970’s, researcher John Plakidas found an 11% rate of parasitism in winter galls of Epiblema, and he suggests that “Because many parasitic insects do not synchronize their life cycles with that of their hosts, they must rely on a variety of alternate hosts to maintain establishment within a community. Pepper (1934) stated that a study of non-economic insects inhabiting weeds might yield valuable information in the biological control of injurious insects. From these results it is evident that E. scudderiana plays an essential role as a winter host reservoir for some parasitic insects in Southwestern Pennsylvania. Expanding this concept, it may be advantageous to cultivate this [Solidago graminifolia] and other suitable species of wild flowering plants in and around orchards and field crops to insure a standing host population of specific parasitic insects.” An interesting comment in the face of today’s “clean farming” practices. 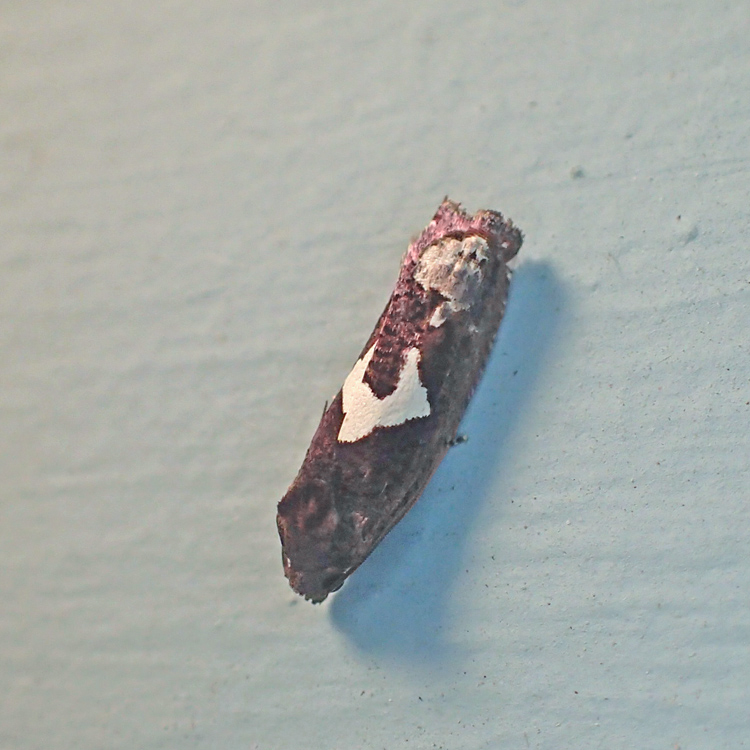 Next up is the BIDENS BORER (Epiblema otiosana), which is found over pretty much the same range as E. scudderiana, but in the damper habitats where its host plants (beggar-ticks and tickseed sunflower) grow. Writing in the Journal of the New York Entomological Society in 1932, George C. Decker tells us that it is

…generally regarded as having little or no economic significance. It is, however, of considerable interest because it is an important insect enemy of a group of noxious weeds known as beggar ticks [hey – the BugLady is fond of Bidens] and, also, because it serves as a reservoir for important parasites of several injurious insects. 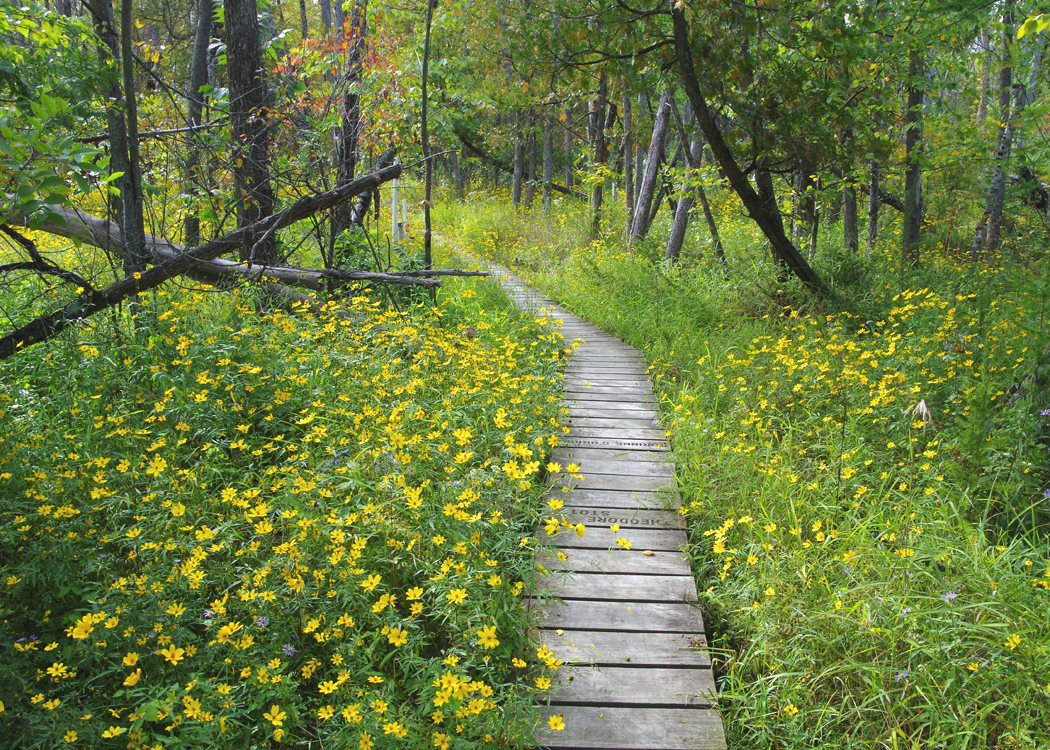 Its larvae are stem-borers, but they don’t cause galls to be formed. Decker writes that “Feeding within the stem, the larva spirals downward so that the spiral burrow practically girdles the stem and the top immediately wilts. Decomposition starts and moves steadily down the stem behind the advancing larva which is moving downward at a rate of from one to one and one-half inches per day. Fifty-eight percent of the Epiblema larvae he found were “inhabited,” mostly by the larvae of parasitic flies and wasps. He also observed that larvae could survive being frozen in stems that tipped over into the water. 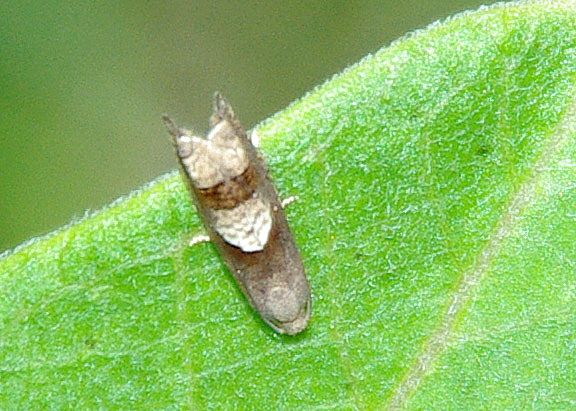 Finally, the BugLady thinks that this ghostly little moth is EPIBLEMA BOXCANA, a moth that has no common name and no biography that she could find under any name, old or new. Sources that do mention it describe its genitalia in intimate detail, but say “Food plant unknown.” Leaf-tier, gall-maker, root-borer? Don’t know – but it’s at the center of a great story!

It was described and named in 1907 by an entomologist named W.D. Kearfott, a gentleman renowned/reviled for his nomenclatural eccentricities. For BugFans who doubted that entomology can be a blood sport, here are comments by Edward Meyrick, who calls Kearfott out very publically in The Entomologist’s Monthly Magazine in 1912:

In a paper published in the Transactions of the American Entomological Society, Vol xxxiii, 1907, by Mr. W.D. Kearfott, on new species of Tortricina, are a number of specific names that are openly and obviously based on a barbarous and unmeaning gibberish, and in my opinion must be rejected as null and void. They are given, below, and carry their condemnation on their face. … A line must be drawn somewhere, and for my part I propose to draw it here and now. I refuse to accept these names, and shall quote them as synonyms with the syllable (van.) attached, signifying that they are void. I take the responsibility of re-naming the species accordingly, since someone must do it. I regret any apparent discourtesy to Mr. Kearfott, from whom as a correspondent I have received much, kind help, but if he were my own brother, I could not act otherwise.

(Alas for Mr. Meyrick, once an organism is properly described and named, the name tends to stand unless subsequent taxonomic work reclassifies it. You can’t just rename something because you don’t like its name).

Almost a century later, a spotlight shone again on Kearfort’s approach to assigning scientific names. In the President’s address to the Lepidopterists Society in 2000 (“Nomenclatural Nonsense – Flying in the Face of a Farcical Code”), John W. Brown elaborates

….the names he proposed for new species are among those that are, shall I say, less than scholarly. Actually, Kearfott’s names stand as a tribute to whimsy, whether intentionally or not. … Kearfott approached his new names in a very orderly fashion, apparently leaning on his very thorough knowledge of the alphabet (you know – a, b, c, d…) with his keen ear for a good rhyme. Here are some of Kearfott’s species names (see Table 3): bobana, cocana, dodana, fofana, gogana, hohana – stop me when you see a pattern … and who can forget the concise, euphonious, and memorable gomonana, tomonana, … zomonana, or baracana, caracana, daracana…..Well, I like Kearfott’s names, they remind me of a song from the 1960’s [‘The Name Game’]…

It’s a lovely speech, and the BugLady recommends it. (Click on the plus sign above the page to magnify).