The BugLady is often asked what her favorite bug is. Truth be told, she bestows the word “favorite” fairly liberally on colorful bugs, feisty bugs, fierce bugs, wily bugs, all around awesome bugs, toxic bugs, and bugs that pull amazing stunts in order to survive. They’re fantastic, and researching their stories is a hoot (for the definition of “Bug Nerd,” see above). 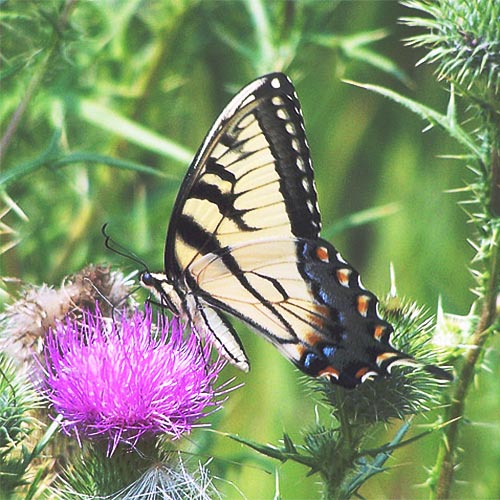 Eastern Tiger swallowtails come in two colors in Wisconsin. The males are tiger-striped, and so are the females—except when they’re not. Some females are black, and the black females are said to be imitating the poisonous Pipevine Swallowtail whose range they intersect with in the southern part of the country.

ETSs have two broods/generations each summer here. The first brood, which is airborne in May and June, is small in number, comprised of butterflies who survived the winter and early spring as a pupae in chrysalises, and who prevail as adults through the uncertain weather of May and June (non-Wisconsinites please note–the BugLady has pictures of a Mother’s Day ice storm). Premature autumns, wet winters, and long, cool, wet springs are tough on the occupants of pupal cases, and many don’t survive. The first brood, though small, gets the job done, and the larger, second brood, nurtured in the softer weather of summer, emerges to grace the prairie flowers in August. Their caterpillars have just enough time to mature on the leaves of their food plants (a variety of trees, but mostly wild cherry) before tucking themselves in for the winter.

The second brood of 2011 was spectacular. Almost exactly two years ago, a BOTW Bug Bonus documented these outstanding butterflies, which looped and soared everywhere. 2012 was terrible for insects in general, and we all remember the eternal winter of 2012-13. This year, the prairie is almost empty of butterflies (except for the very fine Great Spangled Fritillary and a bunch of Eastern Tailed-blues). 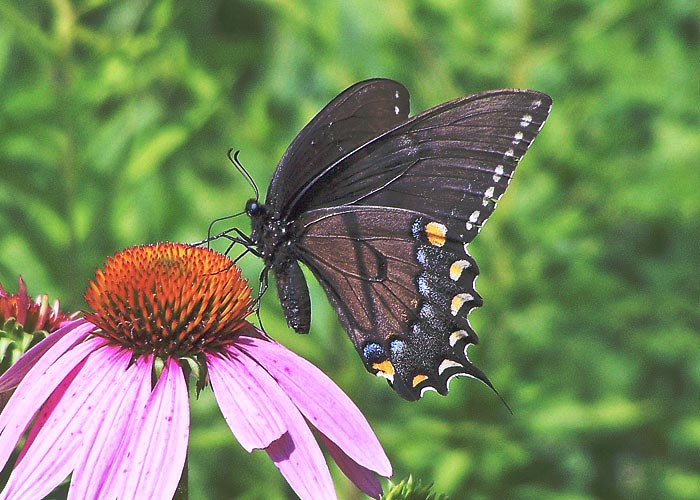